“I probably smoked more Parmesan cheese than anyone you know, I'm sure, Tracy” 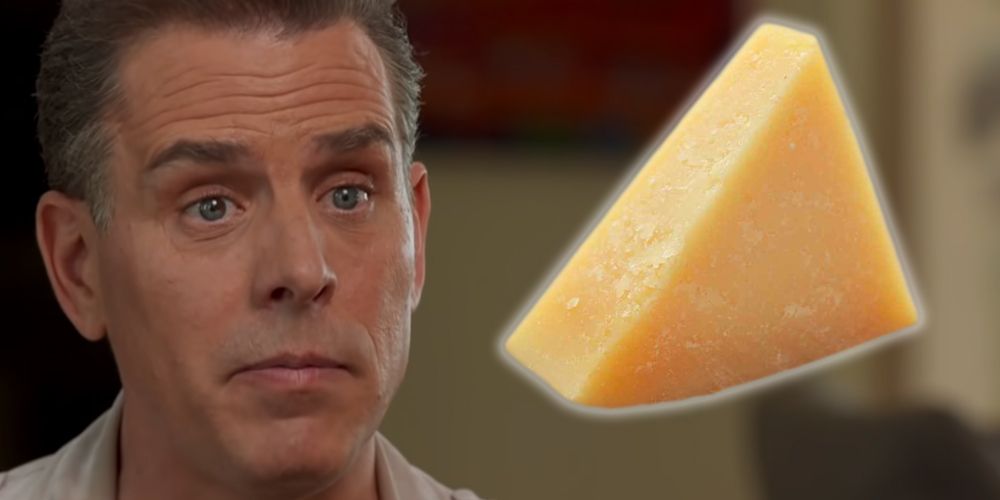 Hunter Biden’s memoir “Beautiful Things” book tour is the first time in quite a while we’ve directly seen the President’s son in the public eye. Even during the last full month of the 2020 campaign season, as the New York Post published an explosive expose about Hunter Biden’s laptop having a full archive of nearly a decade of his emails.

More immediately pressing were the concerns about Hunter’s business relations with entities in Ukraine and China. Inevitably his personal life got drudged up as well. Leaked pictures of Hunter Biden either naked or doing drugs highlighted his battles with addiction.

In an interview with CBS Sunday Morning, Hunter Biden vowed to correspondent Tracy Smith that he was fully cooperating with authorities in regards to an ongoing tax probe.

For those interested in how Hunter’s downward spiral started? When his brother Beau died, his family and professional life began faltering.

“I spent more time on my hands and knees, picking through rugs, smoking anything that even remotely resembled crack cocaine. I probably smoked more parmesan cheese than anyone you know, I’m sure, Tracy.”

According to Hunter, his problems were bad enough that then Vice President Biden had privately confronted him over it. He recounts a 13-day stint where he didn’t sleep at all, simply drinking vodka and smoking crack that entire time. In the other means of coping, Hunter ended up dating his dead brother’s widow.

In the CBS interview, Hunter Biden deflected that taking the Burisma position in Ukraine was wrongdoing. He also deflected about remembering his first meeting with the ex-stripper whose child he’d come to father.

Hunter Biden confesses that his bizarre and erratic behaviors cost him clients and his leadership position at the World Food Program.