WATCH: Jack Posobiec says many men are trapped in relationships with abusers like Amber Heard

"Do not lose the best years of your life in a toxic relationship like that," said Posobiec. 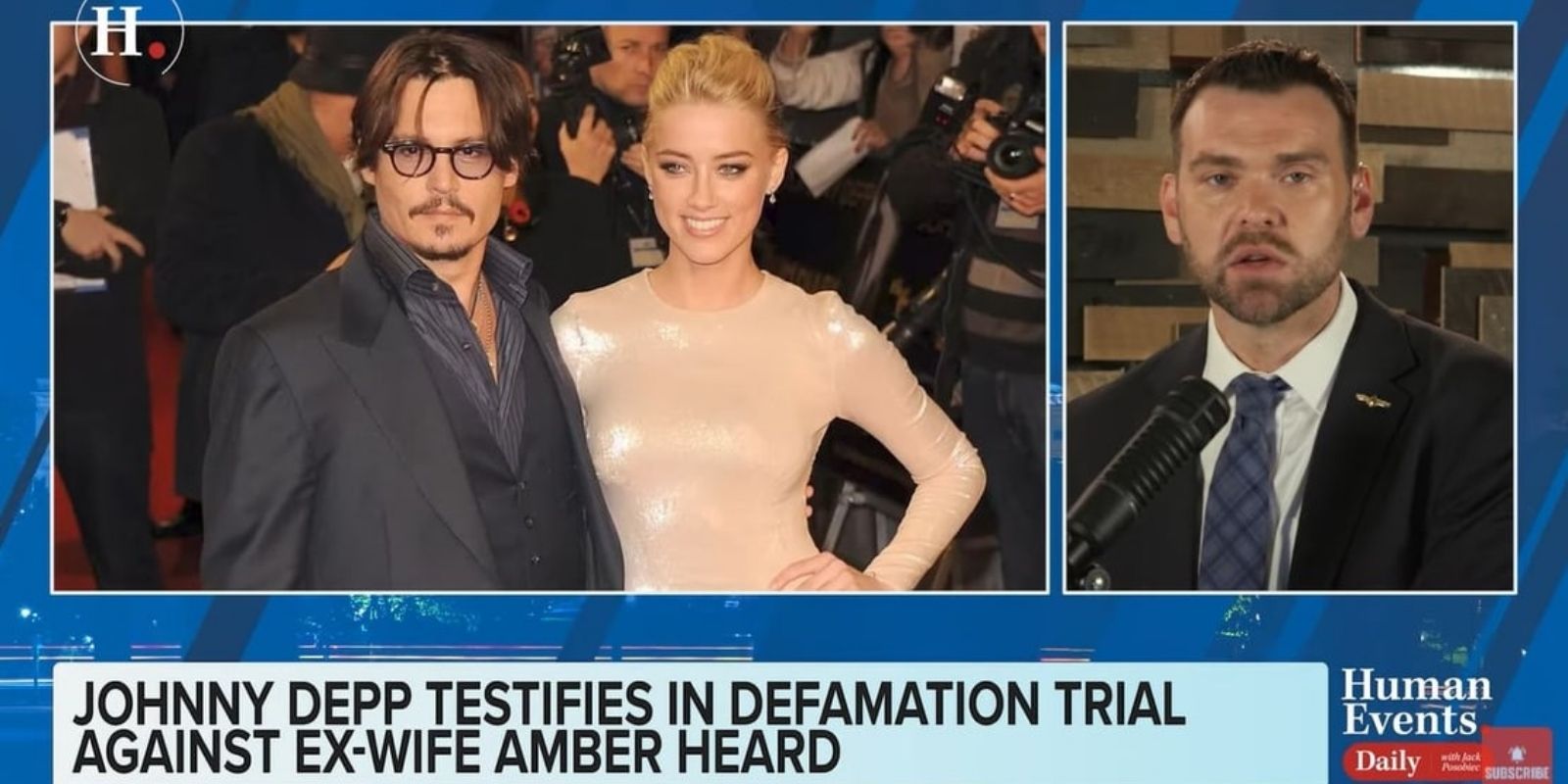 In Thursday's episode of Human Events Daily, host Jack Posobiec issued a warning to those that may be stuck in relationships like the one that occurred between Johnny Depp and Amber Heard: "Walk away."

The episode comes during the ongoing defamation trial brought forth by Depp against Heard.

Posing the question of why he would talk about the trial, Posobiec said, "Because every single one of you in your life has experienced or know somebody who is a Johnny Depp that's stuck in a relationship with an Amber Heard because this is a teachable moment."

In regards to the lawsuit's location in Virginia, not far outside of Washington, DC, Posobiec said the location was chosen specifically because of an op-ed Heard wrote in The Washington Post talking about how she is a victim of domestic abuse.

He said that the outlet's computer servers are located in Northern Virginia, so Depp's lawyers filed the defamation lawsuit in the state of Virginia, "which has actually very strong defamation laws," Posobiec noted.

At the beginning of the segment, Posobiec played a clip of Heard telling Depp that she didn't "punch" him, but rather "hit" him.

"I didn't hit you. You hit me. You started it. I didn't start it. With Johnny Depp saying again and again, I just wanted to leave, I could feel it getting, you know, heated, I didn't want to continue, and she keeps chasing him," said Posobiec. "At one point he even testified that she put nail polish on a handkerchief and then came to him and said that he broke her nose, making him think that he had hit it when he hadn't actually hit her."

"But I just want to say to anybody out there who's in a relationship like this, male, female, this stuff cuts both ways, you cannot fix them. They have a problem that you don't have the tools to fix. You do not need to be the white knight. You are not going to save them. What you need to do is walk away, and it doesn't mean you're giving up; it means you're understanding the situation and seeing it for what it is. Do not lose the best years of your life in a toxic relationship like that."