"The horror of child pornography is exponentially worse than it was a decade ago, and judges handing out lenient sentences for these criminals is a big reason why," Hawley said. 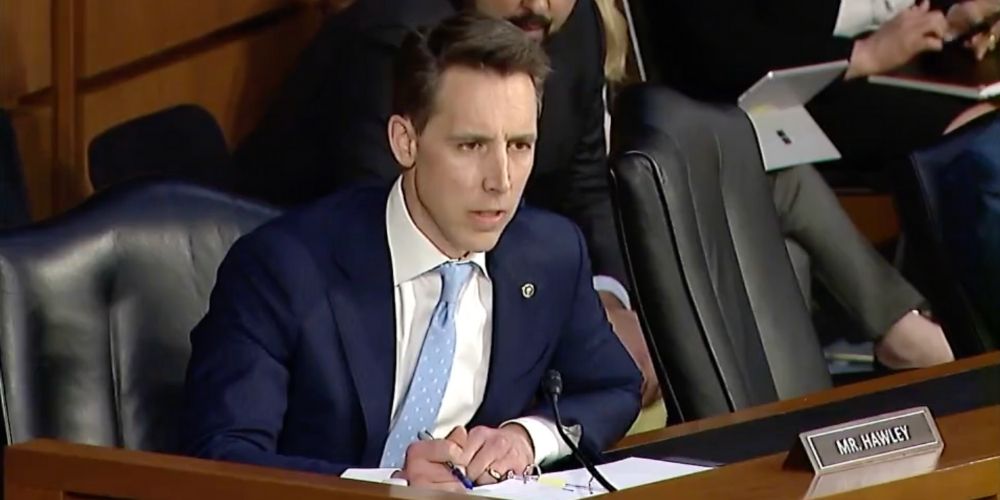 On Tuesday, Senator Josh Hawley introduced legislation that would implement harsher penalties for those convicted of possessing child pornography, and prohibit judges from issuing sentences lower than the Federal Sentencing Guidelines.

The bill is called the "Prosecutorial Remedies and Other Tools to end the Exploitation of Children Today Act," or the "PROTECT Act Bill of 2022," and is cosponsored by Send. Thom Tillis, Mike Lee, and Rick Scott. A companion bill is reportedly being introduced to the House of Representatives by Rep. Ken Buck, according to Fox News.

The bill amends Section 3553(b)(2) of title 18 of the United States Code, and states that those convicted of a child pornography offense should receive a sentence "that is not less than the minimum period in the sentencing range."

"The horror of child pornography is exponentially worse than it was a decade ago, and judges handing out lenient sentences for these criminals is a big reason why," Hawley said in a statement to Fox News.

According to the National Center for Missing and Exploited Children, their CyberTipline reported receiving tips for 39.9 million images and 44.8 million videos in 2021 alone.

Tracking the number of reports of child sexual abuse imagery over the past few decades, The New York Times reported that in 1998, there were over 3,000 reports of this. Around a decade later, this had soared past 100,000. In 2014, these reports jumped past 1 million for the first time, and in 2018, 18.4 million reports were made, containing more than 45 million photos.

In one hearing last week, Hawley slammed Jackson over her sentencing in a 2013 case, United States v Hawkins, in which an 18-year-old possessed and distributed hundreds of images of children being sexually abused when those children were between the ages of eight to 10 years old. Jackson previously noted that he had images of older teens as well.

"And you gave him, frankly, a slap on the wrist sentence of three months. Do you regret it?" Hawley asked.

Jackson did not directly answer whether or not she regrets the scenting she handed down.

"But I want to tell you, I regret it. I regret that you gave him only three months," he added.