"I will continue to do my best to make Nantucket and America a better place while those who hate me can continue to throw cry parties for themselves about how I made a joke they didn’t like 20 years ago." 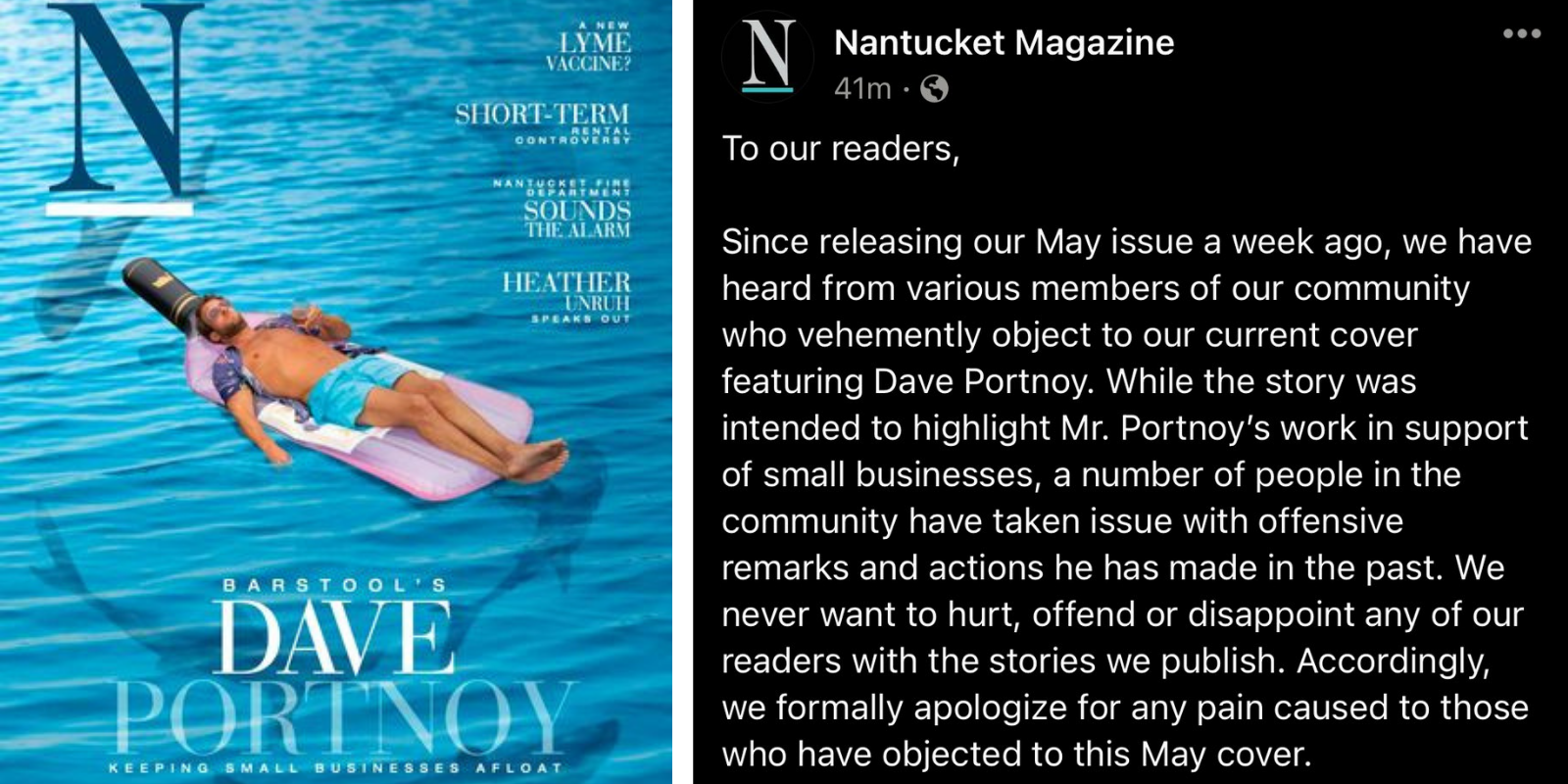 The modern-day struggle sessions continue as another media company has bowed to the demands of the woke mob. This time, the target was Barstool Sports boss Dave Portnoy, and the offence in question was simply gracing the cover of a magazine, triggering countless leftists who care more about symbolism than actually helping people.

Nantucket Magazine has issued this apology for the crime of featuring Portnoy—a man who has raised $29 million for small businesses struggling to stay alive during the COVID-19 lockdowns—on their cover.

“While the story was intended to highlight Mr. Portnoy’s work in support of small businesses, a number of people in the community have taken issue with offensive remarks and actions he has made in the past. We never want to hurt, offend or disappoint any of our readers with the stories we publish. Accordingly, we formally apologize for any pain caused to those who have objected to this May cover.”

The apology was apparently necessary because Portnoy has made edgy jokes and off-colour comments in the past.

Portnoy's response to the most recent attempt to cancel him? One powerful, accurate word on Twitter: "Gutless."

Portnoy also told the New York Post "Everybody who doesn’t like me can go f–k themselves. ... If you took a poll on Nantucket of people who like me and hate me, I’d bet 99 percent like me.

"It’s unfortunate that the powers that be at N Magazine are spineless jellyfish who are held hostage by the whims of the vocal minority. Meanwhile, I will continue to do my best to make Nantucket and America a better place while those who hate me can continue to throw cry parties for themselves about how I made a joke they didn’t like 20 years ago."

It goes without saying that the leftists and virtue signallers triggered by the sight of a man they don't like on a cover of a magazine they don't have to buy have collectively raised ZERO dollars for small businesses struggling to stay afloat in this difficult time.