The poll, conducted by The Trafalgar Group in partnership with Convention of States Action between November 16 and 20 found that 71.6 percent of Americans say that Republicans need new leadership following the results of the 2022 midterm elections. 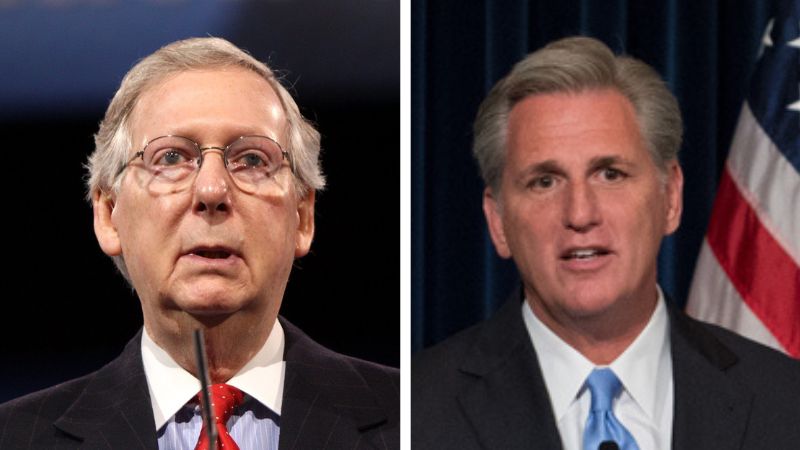 A new poll released on Tuesday revealed that a majority of American voters believe that Republicans need new leadership in the upcoming term of Congress.

The poll, conducted by The Trafalgar Group in partnership with Convention of States Action between November 16 and 20 found that 71.6 percent of Americans say that Republicans need new leadership following the results of the 2022 midterm elections.

1084 likely general election voters were surveyed, with the poll having a 2.9 percent margin of error.

"Even before the election our polling showed voters supported Republican policies but doubted Republican leadership, and now, after the underperformance of Republican candidates in the midterms, that doubt appears to have deepened," said Mark Meckler, President of the Convention of States.

"As Rep. Kevin McCarthy prepares to assume the role of Speaker of the House; it is very clear that voters, especially Republicans and Independents, want to see more assertive leadership from the GOP than the stereotypical, sub-par behavior that has been the norm for several cycles. McCarthy is going to be Speaker, but he’s really going to have to step up his performance if he wants to garner the trust and support of the American people, especially independents and Republicans who poll identically on this issue."

The poll comes as Sen. Mitch McConnell won his reelection bid to lead Republicans in the Senate, beating out challenger Sen. Rick Scott as many senators called for the election to be postponed until after Georgia’s runoff elections, set to take place on December 6.

In the House, current House Minority Leader Kevin McCarthy won the election to be the party’s nominee for Speaker of the House, after Republicans regained control of the chamber following the midterms.

McCarthy’s challenger, Rep. Andy Biggs, lost, with the vote coming to 188 to 31. McCarthy now needs to obtain at least 218 votes to become the new speaker.