In 2017, Lyoya was convicted of assaulting a pregnant woman. Lyoya violated his probation and did not pay his fine, resulting in the state garnishing his wages beginning in 2019. 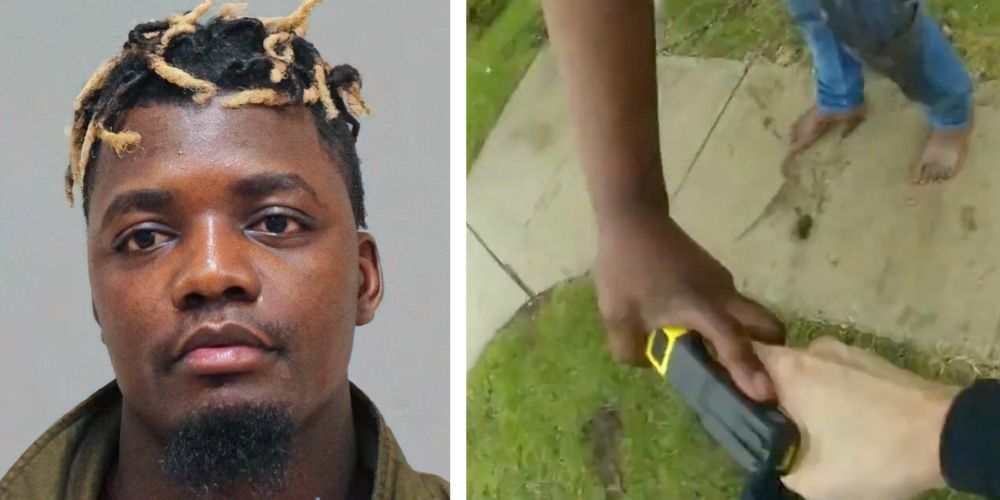 Following the fatal police shooting of Patrick Lyoya on April 4, it has been revealed that the man had a previous conviction for assaulting a pregnant woman.

Lyoya was fatally shot in the head by Grand Rapids police earlier this month during a traffic stop.

It was during this stop that Lyoya struggled with police, resisting arrest and grabbing onto the officer’s taser. The struggle ended with the unnamed officer fatally shooting Lyoya once in the head.

Bodycam footage of the incident shows the Lyoya getting out of his car despite the officer’s orders.

The officer asks Lyoya, who is originally from the Democratic Republic of Congo, for his license, and informs him that the license plates do not match the vehicle he was driving.

After Lyoya converses with a person inside the vehicle, requesting his license, Lyoya appears to try to walk to the other side of the vehicle, but the officer stops him, and demands that he put his hands behind his back.

It was at this point that Lyoya began to flee. He was tackled on a nearby lawn, and continued to struggle with the officer.

The officer demands that he place his hands behind his back, to which Lyoya says "OK," but continues to struggle with the officer.

While Lyoya continues to struggle with the officer despite orders to stop, the officer attempts to discharge his taser, which Lyoya grabs and pushes away.

"Let go of the taser," the officer said.

At one point the body cam was deactivated during the struggle, being reactivated as police attempted to administer lifesaving procedures on the now shot Lyoya.

Following Lyoya’s death, groups like Antifa called for violence in the city, with one account saying "abolish the pigs, burn that shit down."

Protestors gathered outside the Grand Rapids police station, with some demanding revenge for Lyoya death.

Lyoya has been revealed to have at least one previous conviction.

In 2017, he was convicted of assaulting a pregnant woman. Lyoya violated his probation and did not pay his fine, resulting in the state garnishing his wages beginning in 2019.

Grand Rapids Police Chief Eric Winstrom said in a press conference: "From my view of the video, Taser was deployed twice. Taser did not make contact. And Mr. Lyoya was shot in the head. However, that’s the only information that I have."

The officer involved in the shooting has been placed on leave, and according to Fox News, his name will not be released unless charges are brought against him.

Kent County Prosecutor Chris Becker, who will decide if charges will be brought against the officer, asked for patience as he reviews all the evidence.

"This is an extremely critical incident, and one that everyone involved in the investigation is taking very seriously," Becker said. "As I have said in a previous statement, I have one goal – the pursuit of truth – and I am committed to that."