California Governor Gavin Newsom signed a bill this week to make it easier for terminally ill people to use assisted suicide. 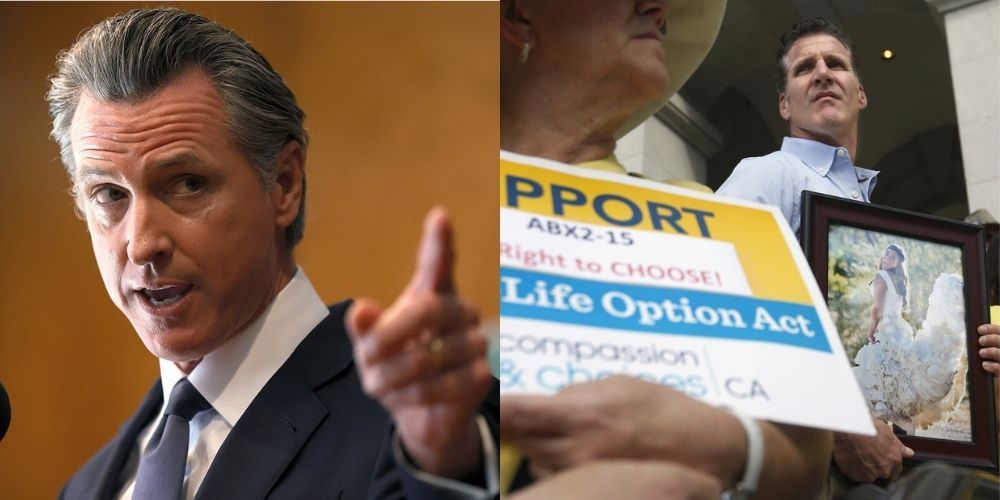 California Governor Gavin Newsom signed a bill this week to make it easier for terminally ill people to use assisted suicide. It was earlier last month that California's lawmakers approved the "streamline of death" bill.

Newsom signed Senate Bill 380 with provisions to cut down a 15-day waiting period before a person could end their life to 48 hours. According to a 2018 study by Kaiser Permanente Southern California, nearly one-third of some 400 terminally ill patients who requested assisted suicide drugs died during the waiting period. Health care providers must now post their assisted suicide procedure policies on company sites.

Assisted suicide advocates praised the governor's decision to move forward with the bill. Compassion and Choices Action Network President and CEO Kim Callinan said, "We cannot thank Gov. Gavin Newsom enough for his support of this compassionate act. With his signature, eligible terminally ill adults will soon be able to more easily access the End of Life Option Act without needless suffering and unnecessary roadblocks."

Democrat assemblyman Jim Wood was the leading advocate of the legislation. He told his colleagues: "It's time to remove unwarranted barriers to access aid-in-dying so that all eligible terminally ill individuals continue to have the right to remain autonomous and die with the dignity and the manner they desire."

The vote by the assembly was 47 to 14. SB 380 goes into effect after January 1, 2022. Assisted suicide has been legal in California since Governor Jerry Brown approved the California End of Life Option Act in 2016, allowing patients to self-administer lethal drugs.

Per a New Yorker profile, Newsom's personal history with assisted suicide appeared to drive his will to push this through the state legislature. He previously admitted to helping his mother, Tessa Newsom, commit assisted suicide in 2002 following a breast cancer diagnosis.

Newsom recalled: "She left me a message because I was too busy: 'Hope you're well. Next Wednesday will be the last day for me. Hope you can make it.' I saved the cassette with the message on it. That's how sick I am."

Per the profile, Newsom crossed his arms and jammed his hands into his armpits. "I have PTSD, and this is bringing it all back," he said. "The night before we gave her the drugs, I cooked her dinner, hard-boiled eggs, and she told me, 'Get out of politics.' She was worried about the stress on me."

Tessa Newsom died at 55 in San Francisco when her son was a member of the San Francisco Board of Supervisors. At the time, assisted suicide was a felony in California.

Opponents of assisted suicide do not believe that doctors should be forced to perform these kinds of procedures.