Following the removal of two members of the National Guard from service on Capitol Hill for the presidential inauguration, the Pentagon announced Tuesday that there was no intelligence to indicate an “insider threat” to President-elect Joe Biden. 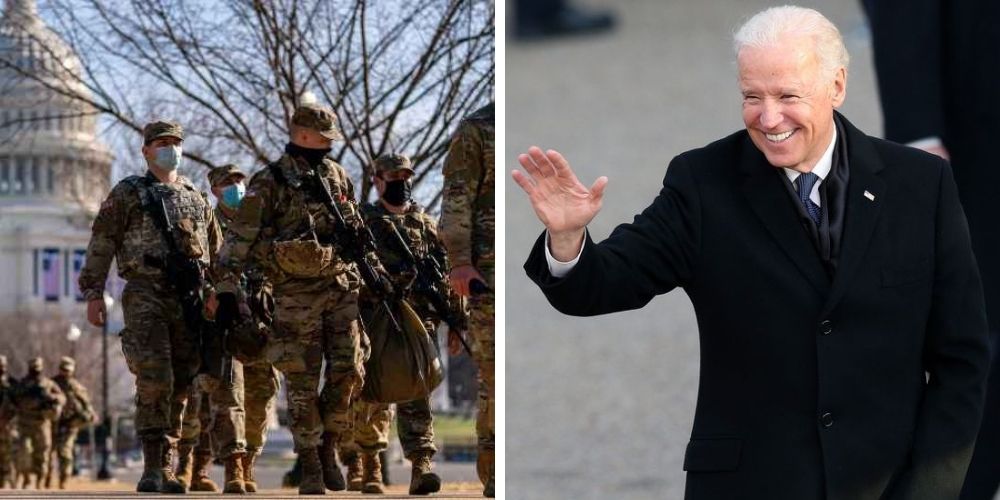 Following the removal of two members of the National Guard from service on Capitol Hill for the presidential inauguration, the Pentagon announced Tuesday that there was no intelligence to indicate an "insider threat" to President-elect Joe Biden.

The FBI and the Pentagon  performed a detailed search that involved vetting almost 25,000 members of the National Guard. The Army and the Secret Service supplemented the investigation.

On Tuesday, The Associated Press reported that the Pentagon said "no plot against Biden was found.” Acting Secretary of Defense Christopher Miller said in a Department of Defense tweet on Monday there was "no intelligence indicating an insider threat."

The Department of Defense said that the two Guard members were removed for alleged ties to far right groups, but did not give specific details or evidence for any specific threat to Biden. The Washington Post had reported earlier that QAnon conspiracy theorists were planning on impersonating National Guard soldiers to try and infiltrate the inauguration.

The rumors appear to have been the cause for the investigations which included interviewing every soldier with orders near the US Capitol for potential affiliations to "right-wing extremism."

Major General William Walker told Good Morning America, "What happens is they're screened before they leave their state and what it is, is a credentialing process so they're screened and they're repeatedly screened until they are actually put on the street."

Miller said in a statement "As is normal for military support to large security events, the Department will vet National Guardsmen who are in Washington, D.C. While we have no intelligence indicating an insider threat, we are leaving no stone unturned in securing the capital."

Miller added, "This type of vetting often takes place by law enforcement for significant security events. However, in this case, the scope of military participation is unique."

The National Guard troops are in Washington as a precaution to ensure safety during the inauguration, after rioters stormed the Capitol on January 6 and the majority of Washington, DC, is locked down.