New York City Mayor Bill de Blasio continues to ignore the violence sweeping his city, and is instead obsessed with a mural he helped paint on 5th Avenue. 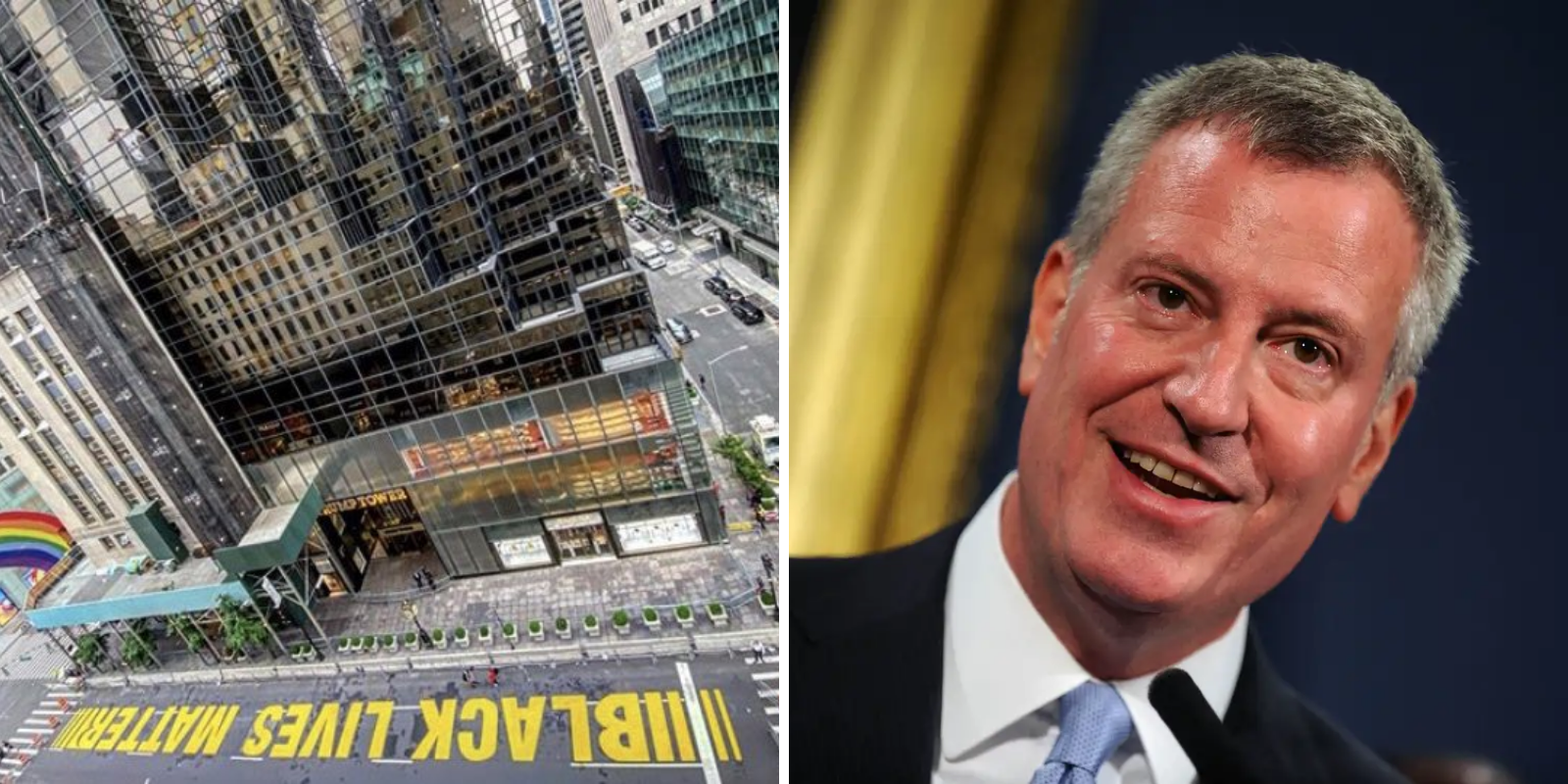 New York City Mayor Bill de Blasio continues to ignore the violence sweeping his city, and is instead obsessed with a mural he helped paint on 5th Avenue. Reading "Black Lives Matter" in big yellow letters, the mural is a personal vanity project for the mayor, as well as a testament to de Blasio's desire to stick it to US President Donald Trump.

To this end, he has apparently stationed the 1st and 8th NYPD divisions to guard the thing as though it were a priceless work of art at the MoMA.

"Just heard that @NYCMayor has 1 & 8 securing the #BlackMindsMatter mural at Trump Tower. That’s one sergeant and eight cops, x 3 tours a day! Violence, shootings, and murder is up in NYC and this clown has three sergeants and 24 cops guarding a mural! If true, #SICKENING"

Having stopped by Trump Tower a few nights ago to take a gander at the public street art, I can attest to the fact that yes, it was well-staffed by uniformed NYPD officers.

The mural was splashed with red paint earlier this week. But while New Yorkers were plagued with street crime, violence and death, de Blasio made sure the Department of Transportation cleaned the red splashes of paint immediately, illustrating that his priority is appearance, not law and order.