A new poll reveals only 21 percent of Americans 18-34 approve of Biden. 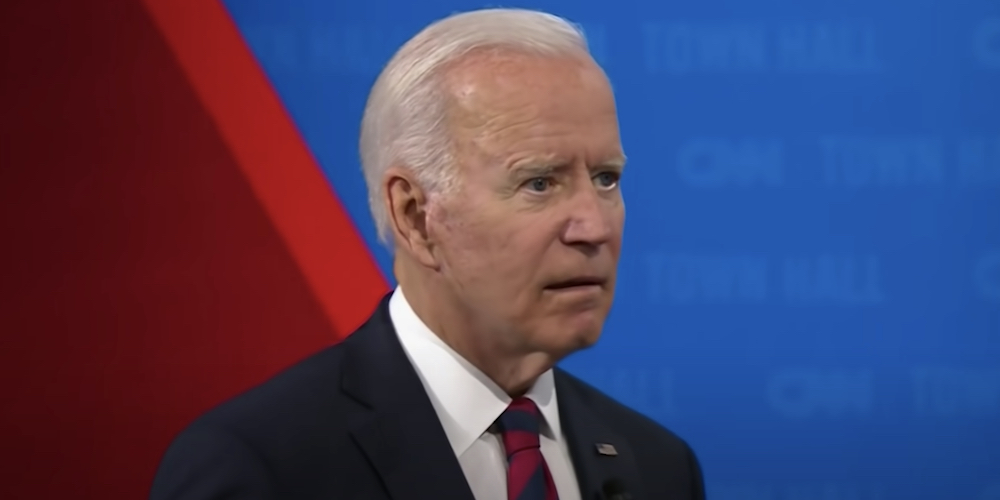 A new poll reveals only 21 percent of Americans 18-34 approve of President Joe Biden.

Biden's approval rating has been on the decline as of late, as inflation, high gas prices, and the war in Ukraine continue to sour Americans' views of his administration. The results of a new poll show that Biden is especially lacking in the key 18-34 demographic among Americans.

On Wednesday, Quinnipiac released its latest national poll, surveying Americans on a number of issues, including their thoughts on Biden's performance in office.

According to the poll, only 33 percent of respondents said they approved of the Biden's job as president, with 54 percent saying they disapprove.

Women saw him in a slightly more favorable light, however the gap between those with and without four-year college degrees was more stark.

Perhaps most noteworthy, however, is the fact that only 21 percent of young Americans 18-34 said they approved of Biden.

According to Tufts University, young voters were "crucial" to Biden's victory in 2020, however it seems as though they have lost faith in the commander-in-chief.

FOX News reporter Peter Doocy highlighted a recent Gallup poll, which showed that Biden's approval rating among Gen Z has gone from 60 percent to 39 percent during his time in office.

Iowa Congresswoman Mariannette Miller-Meeks suggested that main cause of Biden's abysmal approval rating was inflation. She highlighted the fact that Americans are "feeling the pinch" in all areas of life.

CNN also covered a number of recent polls, which showed Biden's approval ranging from 33 percent to 42 percent. "When you have three of four pollsters showing the lowest numbers for the president of the United States," said a CNN senior data reporter, "that is indicative of a president who is in a lot of trouble."