Those calling sex work oppression do not have facts on their side. 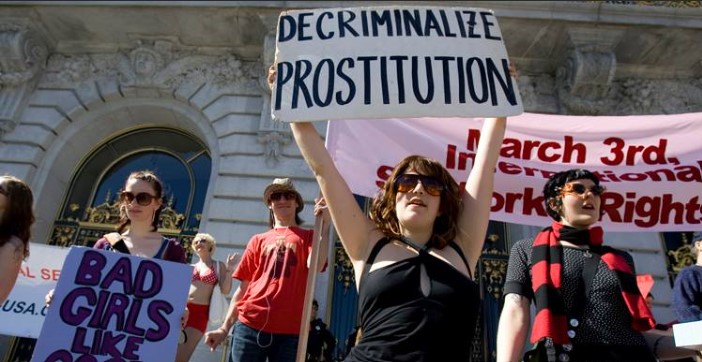 When discussing sex work, professors are obligated to present empirical evidence to support their truth claims. Sadly, some academics use the media to promote an ideological crusade against legalized prostitution. Take, for example, a recent opinion piece in the Toronto Star.

Janine Benedet and Isabel Grant, professors of law at the Allard School of Law at the University of British Columbia, and Elizabeth Sheehy, professor emerita at the Faculty of Law, University of Ottawa, all subscribe to the oppression paradigm—the belief that prostitutes can be reduced to a single category of being universally exploited and violated. Embracing a radical feminist perspective, they assert that female prostitutes are victims. Their clients, mostly men, are victimizers.

What is not discussed once in the opinion piece is the mountain of research that proves that decriminalization of sex work is far safer for prostitutes than criminalization.

For instance, according to a 2004 report by the Ministry of Justice in the Netherlands, the “vast majority” of workers in Dutch brothels and window units report that they “often or always feel safe.”

In Queensland, Australia, a 2011 report by the Crime and Misconduct Commission acknowledged the conclusions of recent studies: “regulated brothels are the safest and healthiest work environments for sex workers.”

In a 2013 decision, the Supreme Court of Canada recognized that criminalizing prostitution harms sex workers who are not permitted to work indoors or to hire bodyguards, managers or drivers, all of which would enhance their safety and security.

As Chief Justice Beverley McLachlin noted, the Criminal Code prohibitions “do not merely impose conditions on how prostitutes operate. They go a critical step further, by imposing dangerous conditions on prostitution; they prevent people engaged in a risky—but legal—activity from taking steps to protect themselves from the risks.” The Court agreed with the trial judge that “indoor work is far less dangerous than street prostitution—a finding that the evidence amply supports.”

In Nevada, where prostitution has been legal since 1971, the exploitation myth has been widely discredited. Of the brothel workers surveyed by sociologist Barbara Brents and her colleagues, 84 percent felt safe in their job, were free to come and go and were not forced into the trade. When a recent ballot initiative challenged the legal status of prostitution in Lyon County, Nevada, roughly 80 percent voted against a brothel ban.

Professors Benedet, Grant, and Sheehy sidestep difficult questions concerning sex work. For instance, if prostitution objectifies, exploits, and harms women, why would the Supreme Court of Canada, in a unanimous decision, throw out the previous law? Why do some liberal feminists view the radical feminist position against sex work as fundamentally un-feminist? Most importantly, why would Amnesty International, Human Rights Watch and the World Health Organization all support decriminalization?

Radical feminist academics are pushing an agenda that sex workers in Canada reject outright.  Members of one lobby group, Prostitutes of Ottawa-Gatineau Work, Educate and Resist (POWER), want the Liberals to scrap Bill C-36, the current prostitution law sex workers refer to as “harmful and unconstitutional.”

If the research supports the conclusion that decriminalization of indoor sex work lowers the risk of harm to prostitutes, why would Professors Benedet, Grant, and Sheehy lobby for criminalization? Put simply, their desire to punish the demand (mostly men) is more important than the health and safety of sex workers.

Hypocrisy is the price the ideologically driven are willing to pay.  Too bad it comes at the expense of others’ safety.