It is inconsistent to support the violation of the boundary between male and female as an identity that should be defended, and then grieve for the lost rights of people and children to have physical boundaries. 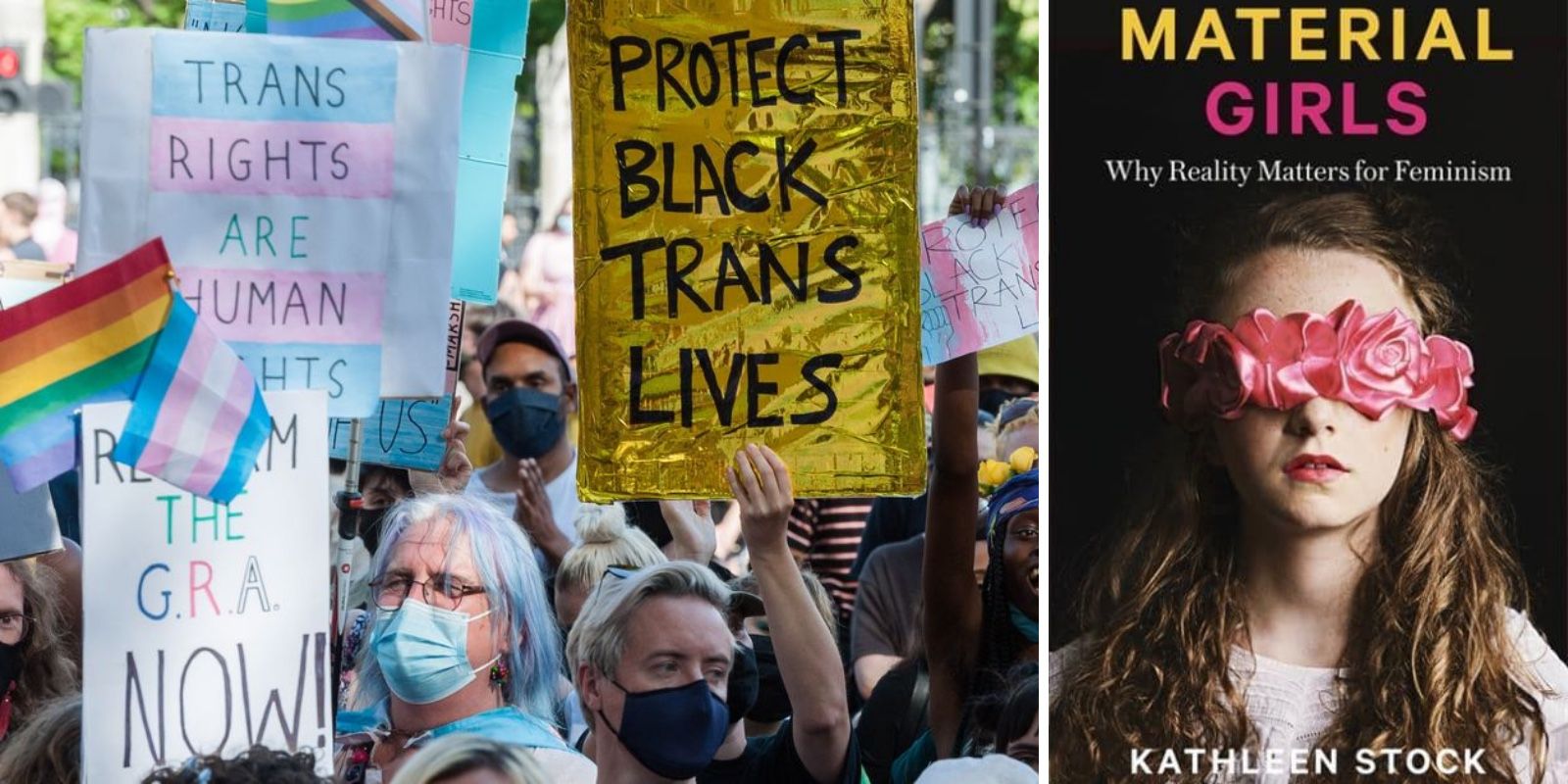 "Gender identity," or "transgenderism" by its shorter euphemism, is an umbrella term for normalizing, among other things: body dissociation, fetishes of adult men, the concept of myriad human sexes, disorders of sexual development, self-expression through medical amputations of people's healthy sex, the medicalization of children's healthy bodies and natural processes, and eugenics carried out on young people who are same-sex attracted. It is not a fixed term and yet it is being legally instituted globally.

Brunskell-Evans is an academic philosopher with an interest in medicine and a radical feminist who has published significant and brilliant works on the dangerous constructs of "transgenderism" and "transgender children."

Kathleen Stock is another academic, also philosophy, and a feminist.

Brunskell-Evans, in her critique, suggests that "it is important we pause, take a breath, and reflect on Stock's broad thesis." Her critique establishes that Stock acknowledges that dimorphic sex is an immutable biological reality and that this matters for women socially and politically. This is good. On the other hand, she assesses that Stock's main thesis of the book helps reproduce rather than resist their deleterious material consequences for the lives and bodies of women and children."

The problem is, Brunskell-Evans goes on to manifest the same thing in her critique of Stock's book.

Nearing her conclusion, in an otherwise astute assessment of Material Girls, Brunskell-Evans writes, "The fiction that men who identify as women are female may indeed ease the distress of some men, as Stock points out, but it constructs a lie to which the law and public policy have adhered to the detriment of the lives and bodies of women and children." This is a very big problem that Brunskell-Evans gets right. A lie of such magnitude, embedded in law, is unfathomably bad. She then adds, "I agree it is important to examine the psychology of autogynephilic men and that their rights to self-identify as women must be defended."

Why? Why must this "right" be defended? And what makes it a "right?"

She adds, further critiquing Stock, "my points here are, firstly that for a man to claim he is a woman, whilst it might be psychologically relieving, is also delusional and it is not the mark of a healthy society to collectively participate in the delusion; secondly, and something to which Stock never refers, is that autogynephilic men (obviously not all) are the most explicitly violent to women on social media, in the workplace and elsewhere, as well as the most vociferous in claiming alleged rights to occupy female single-sex spaces."

That some autogynephilic men are "the most explicitly violent toward women" and that "it's not healthy for us to support people's delusions as a society," contradict what Brunskell-Evans says about defending men's rights to identify as they wish, unless she is simply saying that men can call themselves whatever they want and we're free to ignore them, the same way we would anyone else who was talking nonsense. Brunskell-Evans hasn't made this clear and the placement seems odd, after a lengthy critique of Stock's book.

Furthermore, and more importantly, it misses the broader picture of normalizing the sexual objectification of female biology which is at the root of all iterations of "gender identity" and which systematized, is literally dismembering women. This is the material reality of what is being done by this ideology as it is institutionalized. This is not about individual men and their identities. The "female spaces" being doggedly guarded by feminists only has to be done, because men have already collapsed the boundary between male and female by identifying as us.

It is also no surprise that autogynephilic men are, oftentimes, the most explicitly violent toward women when the roots of "gender identity" are drenched in woman hatred. To objectify the sex of women, which is where all of this started, to the point of making a costume and performance out of our biology for their own needs, whatever they are, is the height of misogyny, male sexual entitlement and sexual objectification. That feminists fighting this, continually miss this, shows how deeply entrenched we all are in woman hatred.

You cannot have both of these things. You cannot support the violation of the boundary between male and female, as an identity that should be defended, even if it is just a little eugenics performance through surgery and drugs, and then grieve for the lost rights of people and children to have physical boundaries.

Sexual objectification is not a human right, boundaries of physical sex are.

This knee-jerk strike of authors and activists to support, what they're alternately condemning, that even the most staunch critics of this ideology continue to make is a deadly affair. It is deadly because the state has come for human sex the same way it came for our land, our water, our communities, our rituals and our kin in other species. We are the last hoorah, the thing that stands between the state and all that is left of the natural world.

There is no more time for fence sitting. You either condemn this scourge that would violate the boundary of human sex, you do so unequivocally, or you waffle and we fail.