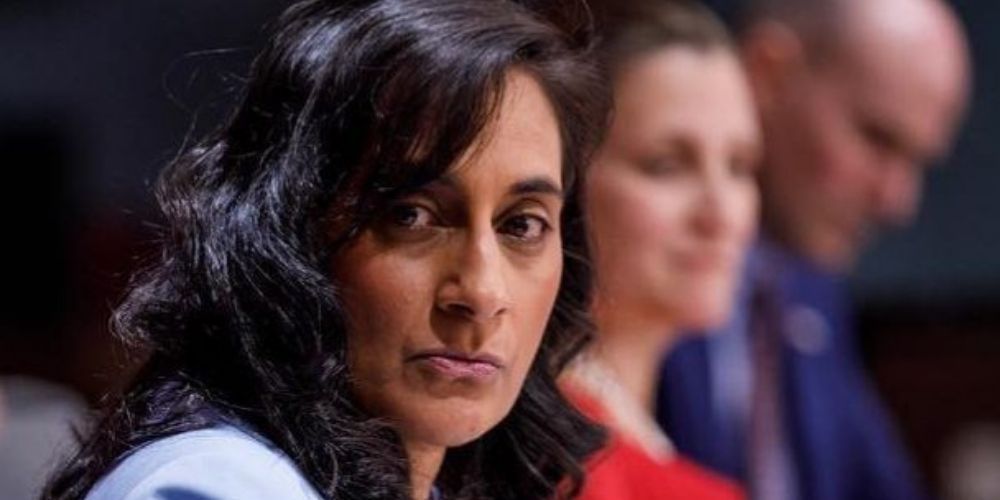 “On May 11 in the exercise of my official duties, I recused myself from discussions and decisions concerning ferry services between New Brunswick and Prince Edward Island as well as between Nova Scotia and P.E.I. as there could be implications for the Confederation Bridge, which is subject to the conflict of interest screen implemented to ensure my compliance with the Conflict Of Interest Act,” Anand wrote in a Public Declaration of Recusal filed with the Ethics Commissioner.

Anand said her chief of staff and deputy minister are under orders to “ensure I am neither made aware of, nor a participant in, any discussions or decision making” involving her husband’s businesses “unless the interest in the decision or matter is one of general application.”

The Parliamentary Budget Office in a 2016 report depicted the federally-subsidized Confederation Bridge as one of Canada’s most profitable corporations with a 117 percent annual margin. Analysts estimated the Bridge operator, Strait Crossing Development Inc., earned $37 million in annual toll revenues with maintenance and operating costs of $17 million.

“As the firm is privately held no public data are available regarding the net profit it is projected to earn,” said the report Cost Estimate Of Tax Credit For Confederation Bridge Tolls. “However estimates can be made based on the average net profits of firms that operate and maintain capital assets.”

Under a thirty-year contract due to expire in 2032, the Department of Transport guarantees operators of the Confederation Bridge a minimum of $13.9 million a year in toll revenues with additional annual subsidies indexed to three-quarters of the inflation rate. Subsidies paid to 2014 totalled $951 million with an additional $1.28 billion to be paid by taxpayers by 2032 when the Bridge reverts to public ownership.

“It’s the most expensive driving experience in Canada,” Senator Percy Downe said in an earlier interview. “This is unequal treatment.” Tolls are $48 for passenger cars to cross the thirteen-kilometre span.

The Auditor General in a 1995 report said Bridge subsidies were “at the high end of the range of estimates.” The Canadian Union of Public Employees in a 1998 report depicted the contract as a no-lose proposition for Bridge owners that include French and Dutch investors.

“The risks to which the private sector will be exposed are much lower than those to which the federal government will be exposed once it takes ownership of the bridge in 35 years,” said the CUPE Analysis Of A Public-Private Partnership: The Confederation Bridge: “35 years may be enough time for the bridge to require very costly repairs at taxpayers’ expense.”

A transport link to Prince Edward Island is mandated by the Constitution Act. The Island joined Confederation in 1873 on the condition the national government provide transportation to the mainland.