The Post Millennial was able to chat with Chief Yellowknee following his victory about what his priorities for Bigstone are going forward. 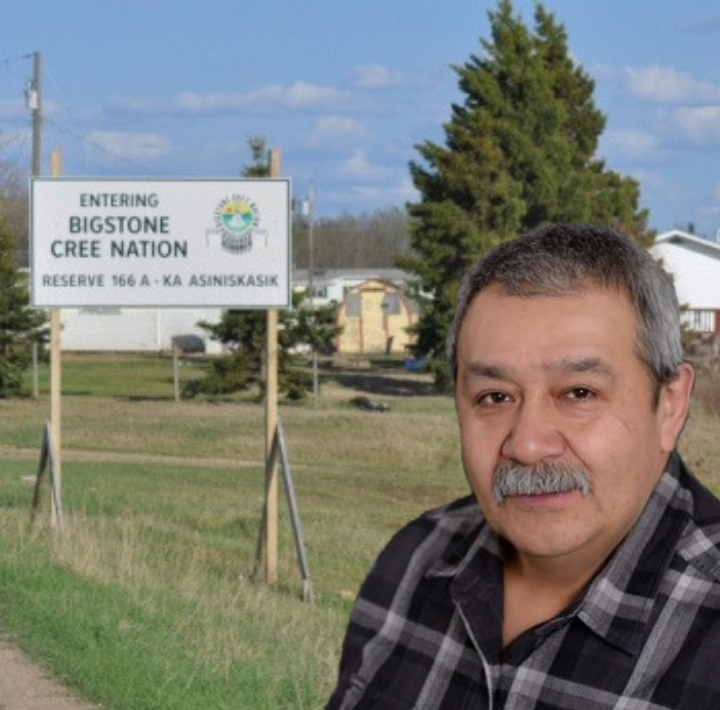 After a tumultuous Fall election in which the results were called into question by multiple band members, members in Bigstone Cree Nation were awarded the opportunity to recast their votes in a do-over election this past Tuesday. The results are now in and the members have elected an entirely new slate of council members and chief to represent them for the next 4 years.

The new chief, Silas Yellowknee, who had ran in the original election and lost, ran again in the do-over election and was elected on a platform of “transparency, accountability and fairness”, according to his campaign pamphlet. The Post Millennial was able to chat with Chief Yellowknee following his victory about what his priorities for Bigstone are going forward. In this interview, Yellowknee stressed the importance for the himself and the new council to work together with the members and focus on creating a safe and prosperous community. Chief Yellowknee also mentioned that given the past issues surrounding Bigstone elections, the new leadership will be looking into the election code to see what changes, if any, are necessary. Other priorities included looking into self government of Treaty 8 nations, clarifying rules around trapping and fishing, improving the relationship between band members and forestry officials, and continuing the work of the previous chief and council by continuing to investigate the cows and plows treaty benefits.

Support for oil and gas industry

Relying on his wide ranging experience as a RCMP officer, oilfield worker, logging trucker, and his 10 years as a councillor (2004-14), Yellowknee believes he can deliver on these goals in a collaborative way with the band’s membership. As someone who has worked in the oilfields, Chief Yellowknee says he “100% supports” the oil and gas industry and wants to make sure that “all people in Wabasca have work.” Chief Yellowknee also stated his opposition the federal bills C-48 and C-69 which look to ban oil tanker traffic off of B.C.’s north coast and raise the already high standards for getting pipelines built in Canada. “Alberta would almost be nothing without the oil industry. No oil, no gas in your vehicle, everybody’s walking then eh?”

When asked about his view on the Trudeau government’’s reconciliation efforts Yellowknee said ’“I have never voted Liberal and I will never vote Liberal. His father was the one who created the white paper which means they were going to dissolve the treaties. I will never support that.” The longtime resident of Wabasca and local minor league hockey coach said that his focus remains squarely on the community and building a better life for the next generation of Bigstone members.

Working with the members

Travis Gladue-Beauregard, founder of the Bigstone Empowerment Society, told The Post Millennial that he was very happy with the new election results. Gladue-Beauregard originally founded the group back in 2016 to fight against what he saw as corruption amongst the leadership at the time.

“When I got involved three and a half years ago, there were a lot of battles with leadership. I’m very happy to see that the members have elected Mr. Yellowknee as chief." "I’ve spoken to him on the phone, congratulated him on his win and look forward to many positive discussions and a healthy relationship going forward” he said.