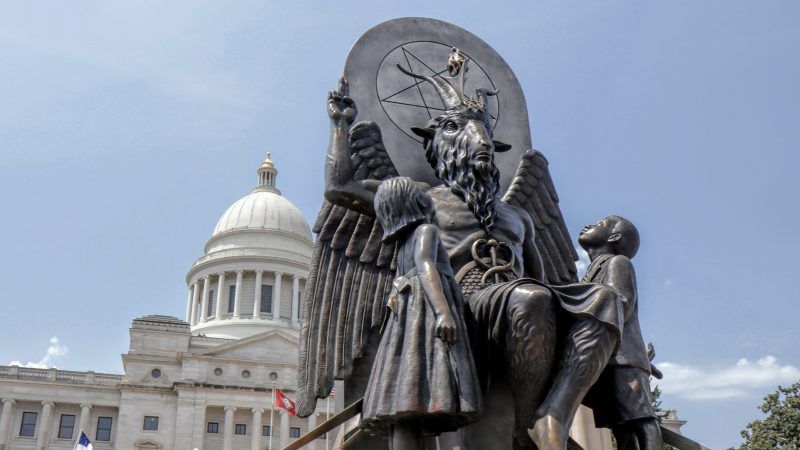 Since the Satanic Temple announced in August 2020 that abortion rituals are a part of their religious ceremonies, they have been fighting harder than ever for the repeal of all abortion legislation in the US. On August 31, attorney Matthew A. Kezhaya, wrote an open letter to the FDA demanding that The Satanic Temple members be granted unrestricted access to misoprostal and mifepristone, the two drugs used in medical abortions.

Access to misoprostol requires a prescription, and mifepristone can only be obtained through an approved prescriber and can only be dispensed in accordance with specific guidelines. The Satanic Temple is requesting that they be granted the authority to directly supply Satanists who wish to undergo an abortion in a religious context with these abortifacient drugs, according to Patheos.

This comes as many US states pass legislation protecting pre-born children, including Texas, which just passed a ban on abortions after the heartbeat is able to be detected, which is around five to six weeks gestation. Many pro-life advocates praised the passing of this bill, including Lila Rose, the Founder and President of Live Action, the largest pro-life non-profit organization in the US.

Satanic Temple lawyer Kezhaya went on to say in the open letter to the FDA that "the Satanic Abortion Ritual is a sacrament which surrounds and includes the abortive act. It is designed to combat feelings of guilt, doubt, and shame and to empower the member to assert or reassert power and control over their own mind and body. The REMS prescription requirement substantially interferes with the Satanic Abortion Ritual because the Government impedes the members’ access to the medication involved in the ritual."

So far the Satanic Temple has not been successful in using its status as a religion to argue that access to abortion is a faith-based right. Last year the Supreme Court refused to hear a case of a TST member who was challenging Missouri's abortion legislation.