Saul still plans to show up to work Monday, saying that the White House doesn’t have the authority to fire him without cause. 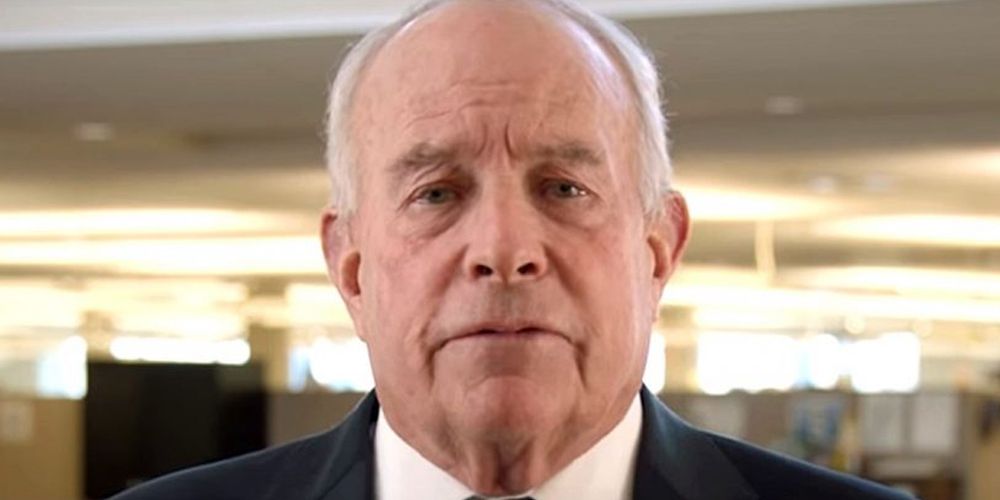 Chaos and panic in Washington DC as Biden fired Trump-era Social Security Commissioner Andrew Saul in what Republicans say is a push to politicize the agency, and it leaves questions whether or not the current President has the authority to do so.

Both Commissioner Saul and his deputy David Black were asked to resign, but only Black willingly complied. Biden designated Kilolo Kijakazi to fill in as acting commissioner for the agency, until a permanent replacement is found. Kijakazi is also a deputy commissioner at the SSA overseeing retirement and disability policy.

Saul described to the Washington Post that receiving the news today was a “Friday Night Massacre.” Andrew Saul told the outlet that President Biden doesn’t have the authority to fire him without cause (according to the Social Security Act).

He plans to show up to work Monday.

“This was the first I or my deputy knew this was coming. It was a bolt of lightning no one expected. And right now it’s left the agency in complete turmoil.” Saul said.

He had a six-year term that lasted until January 2025. But the White House argues a recent Supreme Court ruling allows Biden to fire him at will.

The White House listed their grievances regarding Saul to the Post:

“Since taking office, Commissioner Saul has undermined and politicized Social Security disability benefits, terminated the agency’s telework policy that was utilized by up to 25 percent of the agency’s workforce, not repaired SSA’s relationships with relevant Federal employee unions including in the context of COVID-19 workplace safety planning, reduced due process protections for benefits appeals hearings, and taken other actions that run contrary to the mission of the agency and the President’s policy agenda.”

The outlet acknowledges Saul adapted to changing times. They cite his efforts at extending outreach to “vulnerable populations to help them access benefits after applications plunged during the coronavirus pandemic and agreed to renegotiate contracts with the unions."

A piece in April from the Baltimore Sun gives background to the Democrat brouhaha over Andrew Saul’s tenure. A trio of Democrat senators spoke out: Sen. Ben Cardin and Sen. Chris Van Hollen of Maryland, and Sen. Sherrod Brown of Ohio. Their stated reasonings were about restoring “confidence” and removing “agents of the Trump Social Security agenda.”

"This removal would be an unprecedented and dangerous politicization of the Social Security Administration."

Senator Todd Young of Indiana: “These political games will undermine trust in govt and hinder our continued economic recovery from the pandemic."

Idaho Senator Mike Crapo and Texas Rep. Kevin Brady put out a joint statement condemning the Biden administration’s removal of Saul. In it they highlight Saul was confirmed with bipartisan support and led the agency fairly in reflection of that.