Alexandria Ocasio-Cortez, Ilhan Omar, and Cori Bush, as well as others, did not stand alongside other Democrats while Biden talked about the $350 billion in the American Rescue Plan to fund police. 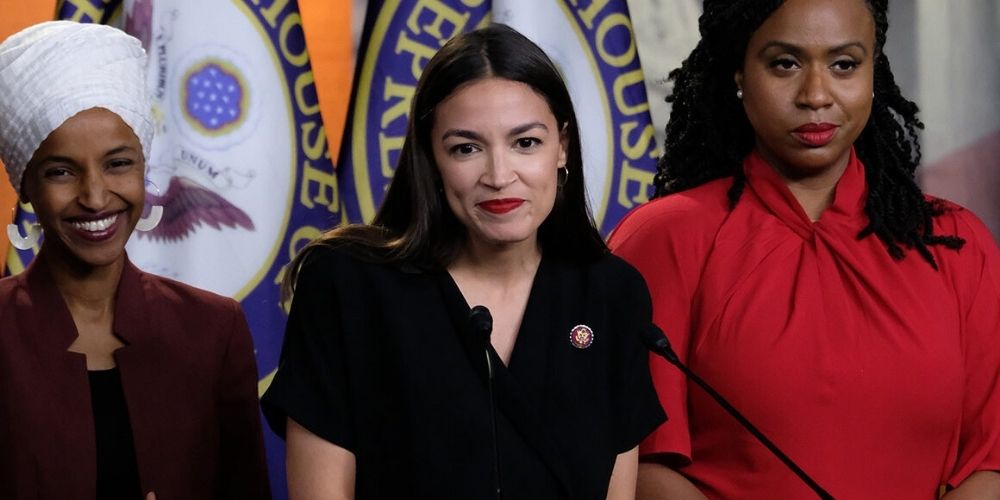 During Tuesday night’s State of the Union address given by President Joe Biden in the Capitol building, Squad members expressed their disdain with the fellow Democrat’s speech.

While Biden promised to fund the police, at the same denouncing the "defund the police" movement that gained popularity in the summer of 2020 following the death of George Floyd, at least three members of the Squad, who have pushed for the movement, sat as the rest of the crowd stood and cheered.

Biden started his segment by talking bout visiting with the New York Police Department days after Officer Wilbert Mora and his partner, Officer Jason Rivera, were killed while responding to a call.

"I spoke with their families and told them that we are forever in debt for their sacrifice, and we will carry on their mission to restore the trust and safety every community deserves," Biden said, according to a transcript from Politico.

Biden said that he has worked on these issues for a long time, and noted that investing in crime prevention and community police officers work best.

"So let’s not abandon our streets. Or choose between safety and equal justice," said Biden.

"That’s why the American Rescue Plan provided $350 Billion that cities, states, and counties can use to hire more police and invest in proven strategies like community violence interruption—trusted messengers breaking the cycle of violence and trauma and giving young people hope," he later added.

"We should all agree: The answer is not to Defund the police. The answer is to FUND the police with the resources and training they need to protect our communities," Biden continued, going on to talk about illegal guns.

Washington Examiner reporter Emily Brooks said that liberal Representatives Alexandria Ocasio-Cortez, Ilhan Omar, and Cori Bush, as well as others, did not stand alongside other Democrats while Biden talked about the $350 billion in the American Rescue Plan to fund police.

Brooks added that Bush shouted something during this time, pointing to her shirt. The red shirt had the number 18,000 on it, which she said is "how many people whose clemency petitions are sitting in a backlog, waiting for @POTUS’s review.

Ocasio-Cortez wasn’t just disapproving of Biden’s stance on funding the police, she told MSNBC after the address that it "left a little bit to be desired."

"The piece on immigration was really just glossed over and we have over 10 — you know, anywhere between 10 to 13 million immigrants in this country that feel desperate for a path to citizenship," Ocasio-Cortez said on MSNBC, according to the New York Post.

"We heard, you know, some speaking to Dreamers but Dreamers want their families to be able to stay. They don’t want to be separated from their parents either," she continued.

"So I think there’s some themes that are left a little bit to be desired for key constituencies in the Democratic base, but the president’s goal was very clear on really projecting a theme of unity and I think he’s still stuck to that."

Ocasio-Cortez also slammed Biden for releasing oil from the strategic reserves, saying it "definitely was a lost opportunity" for the president to focus more on transitioning away from oil.

"Russia is very, very much reliant on the rest of the world buying its oil. We are releasing oil reserves right now in order to ease that, but we shouldn’t be relying on fossil fuels to begin with and that would really solve a lot of these issues," she said.

"I think that there’s a lot more to be desired there. [Electric vehicles], while they are great, they are not the main form of transit for millions of people who live in urban or urban-adjacent areas in the United States. And so we need to hear more about our transition to clean energy beyond just, you know, weatherizing our windows, which is incredibly important, and EVs. But we really need to hear more, I think, about mass transit, trains, high-speed rail and renewable energy," she added.