A man arrested in connection to the beating of a Jewish man in Midtown Manhattan was released on bail Thursday, telling prosecutors on Sunday that he would "do it again." 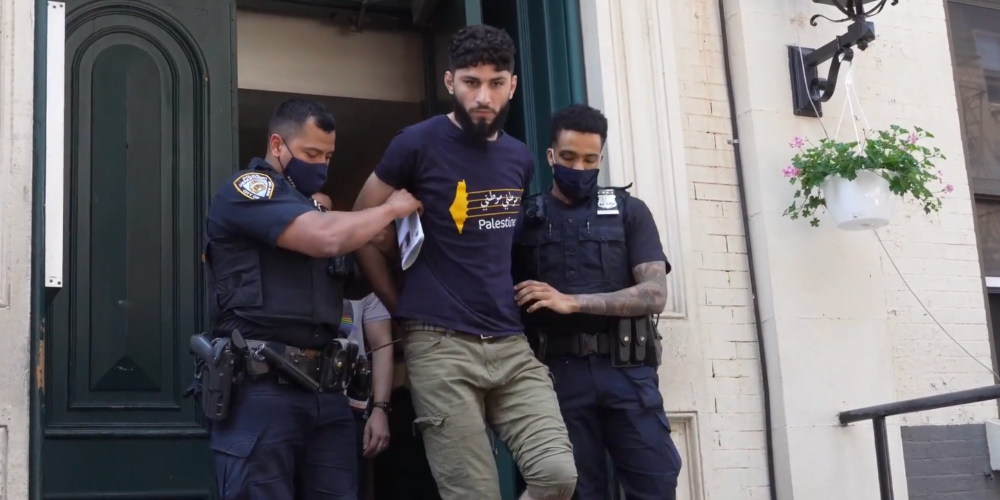 A man arrested in connection to the beating of a Jewish man in Midtown Manhattan was released on bail Thursday, telling prosecutors on Sunday that he would "do it again."

Waseem Awawdeh, 23, was held on $10,000 bail after being accused of beating Joseph Borgen, 29, with crutches, as well as punching, kicking, and pepper-spraying the man, the New York Post reports.

Awawdeh, according to a prosecutor at his Sunday arraignment in Manhattan Criminal Court, had reportedly told one of his jailers that "if I could do it again, I would do it again."

Prosecutors say the attack on Borgen, who was walking near Broadway and West 49th Street on his way to a pro-Israel demonstration in Midtown, was unprovoked.

Friends of Awawdeh told the New York Post that he was the one that was attacked first. "They picked somebody that was weak, that was on crutches,” one stated.

Awawdeh is facing charges of assault as a hate crime, gang assault, menacing, aggravated harassment as a hate crime and criminal possession of a weapon, police state. Borgen was walking down the street, sporting a kippa at the time, when a man started running after him.

"I turned around to try to figure out what was going on," Borgen said, "and the next thing I knew I was surrounded by a whole crowd of people who proceeded to physically attack me, beat me, kick me, punch me, hit me with crutches, hit me with flag poles."

"I have a concussion," Borgen told the New York Post. "I had an X-ray on my wrist. It’s not broken, but it’s messed up. Every time I move it, it’s in pain, probably sprained. I have bruises all over my body. I have a black eye. My face is banged up. I’m just sore all over my body. They were kicking me in my ribs, my stomach."

Awawdeh's attorney April White-Small of New York County Defenders said that he is enrolled in college and not considered a flight risk. The NYPD has released photos of the four other men wanted in connection to Thursday's attack.