While much of the Internet is mourning the death of musician and actor Meat Loaf, Gene Wu, a Democrat state representative for Texas, has seen fit to mock the late rockstar for his anti-mandate position. 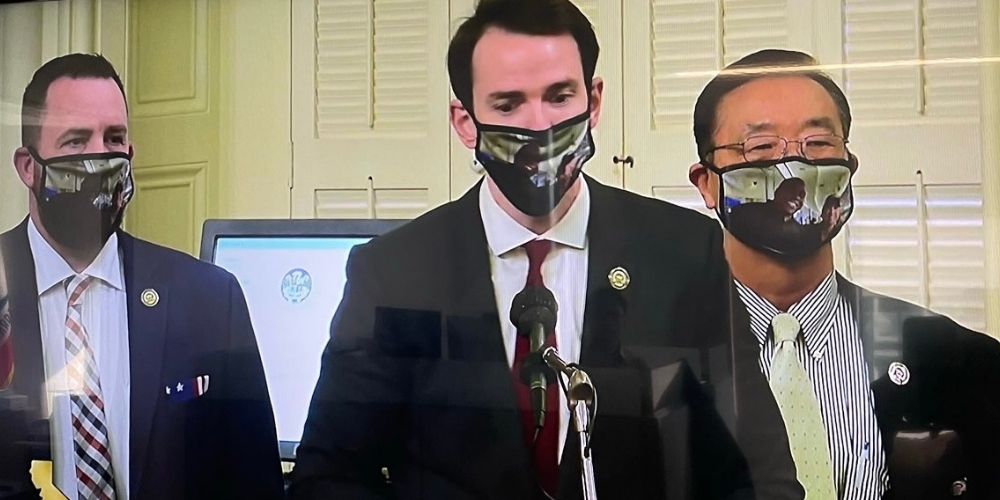 While much of the Internet is mourning the death of musician and actor Meat Loaf, Gene Wu, a Democrat state representative for Texas, has seen fit to mock the late rockstar for his anti-mandate position.

Before his death, Meat Loaf expressed his opposition to vaccine mandates and mask mandates, once telling a reporter, “if I die, I die, but I’m not going to be controlled,” according to media reports on Friday.

The Grammy Award-winning musician, whose real name was Marvin Lee Aday, is best known for his song “Bat out of Hell,” and starred in the critically acclaimed Fight Club in 1996 as supporting character Robert Paulson. He was reportedly ill with COVID-19 before passing away on Thursday.

Speaking to the Pittsburgh Post-Gazette last August, the musician said he considered lockdowns to be “political” and masks “useless.”

In response to his death, Gene Wu callously mocked the late musician in a series of tweets.

“We mourn Mr. Loaf’s passing,” quipped Wu. “In the  end, he finally let us know what that one thing was that he wouldn’t do for love: Get vaccinated.”

In all fairness to Meat Loaf, the musician, like millions of other people, never voiced his opposition to vaccines – only to vaccine mandates.

“He lived his convictions,” continued Wu. “He was in poor health, but flaunted all efforts to protect himself or others. He said that he was prepared for the consequences of his own decisions, and he got exactly that.”

His remarks were not well-received.