The Top Gun sequel is pure adrenaline wrapped in an American flag. It deserves every single one of the $151 million the film has earned this weekend. 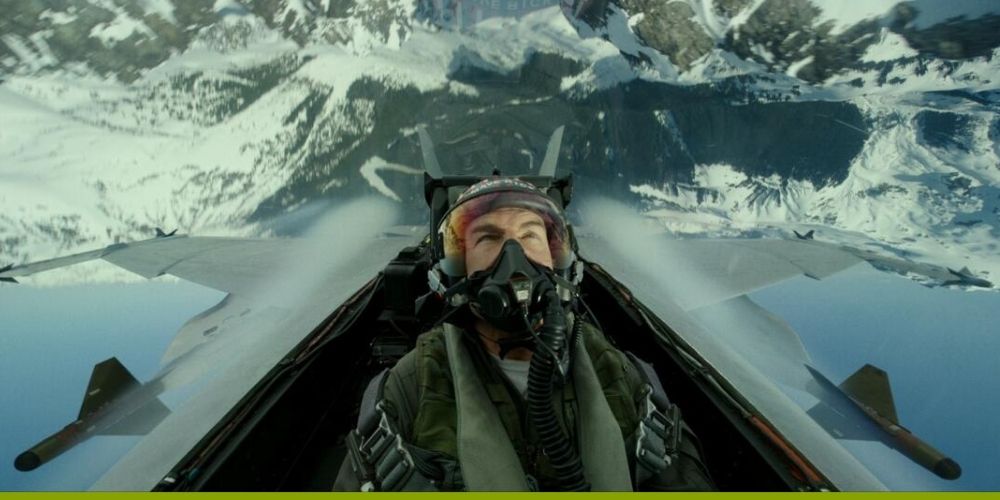 Is Hollywood finally pushing back against the Chinese communist government’s censorship demands? Previously it seemed like Hollywood bent the knee at any request made by the Chinese government for fear of aggravating the censors and losing out on hundreds of millions of dollars from their market.

Criticism of Hollywood’s capitulation to China peaked in 2020 when Disney’s live-action Mulan was criticized for filming in the Xinjiang province, where the communist government has been accused of committing human-rights abuses, including placing Uyghur Muslims in concentration camps.

Yet the tide against placating Chinese censors may be turning. When the trailer for Top Gun: Maverick premiered in 2019, eagle eyed viewers noticed that a patch on Tom Cruise’s iconic jacket had been changed from the original film.

In the original, the jacket featured a patch that included the Japanese and Taiwanese flags, but when the trailer premiered in 2019, those flags had been replaced with unidentified patches.

The swap drew considerable attention, especially in in conservative media, with many calling the change capitulation to China in a movie which is supposed to celebrate American patriotism.

I went to the movie earlier this week and noticed that as Cruise dons the jacket, the original flags were in their rightful place. In recent interviews on the late-night talk show circuit to promote the film, Cruise said that the jacket is the original from the 1986 film and he has kept it all these years.

Hollywood’s attitude towards China may have changed during the three-year delay of the movie’s release due to the coronavirus pandemic.

According to the Wall Street Journal, altering the flags was a suggestion by Tencent Holdings, which in 2019 agreed to co-finance the film and initially put up millions of dollars for a 12.5 percent stake in the film. The company was worried that Chinese censors would not approve the movie for release with the flags because Chinese officials have had lingering tensions with Japan for decades and challenge Taiwan’s sovereignty.

Tencent operates the WeChat messaging app, a videogame business, a streaming-entertainment platform, and has been one of several Chinese firms moving into Hollywood. The company invested in Terminator: Genisys, the Mr. Rogers biopic A Beautiful Day in the Neighborhood, Venom: Let There Be Carnage and sci-fi disaster movie Moonfall.

However, according to the outlet, Tencent executives later dropped out of the $170 million Paramount Pictures production of the Top Gun sequel due to concern that Communist Party officials in Beijing would be angry about a movie celebrating the American military.

This should not have come as a surprise to Tencent had they done any research on the 1986 original. The film was a celebration of American military might and the red, white and blue. The film was produced with the help of the military and was so successful that it was used to recruit for the military.  Callers to my radio show this week told me they joined the NAVY after seeing the original Top Gun.

Top Gun: Maverick has yet to be approved for release in China. It is the latest in a chain of major Hollywood releases not being screened in the market.

This comes on the heels of Sony refusing censors’ demands regarding the latest Spiderman film. The communist government demanded that the studio remove the Statue of Liberty from the climax of Spiderman: No Way Home before the film’s release. Anyone who has seen the movie knows that is where you see the three spidermen squaring off against the sinister six super villains and removing the setting wasn’t realistic.

The refusal was no small deal, as the two previous films in Tom Holland’s incarnation of the franchise grossed $116 million and $200 million at the Chinese box office.

Sony previously defied Chinese censors in 2019, when the studio backed Quentin Tarantino’s refusal to remove the portrayal of Bruce Lee in Once Upon A Time In Hollywood. The move caused China to cancel the movie’s release in their country.

Perhaps Hollywood studios are finally growing tired of China’s censorship. In January, China edited the ending of Fight Club and replaced it with a new version where the government bested Tyler Durden and his minions.

Like the original, Top Gun: Maverick is a testament to American patriotism and the US military. In an era where so many movies about military members focus on mental health, PTSD and questioning America’s role as a superpower, the Top Gun sequel is pure adrenaline wrapped in an American flag. It deserves every single one of the $151 million the film has earned this weekend and the honor of being Cruise's biggest opening of his career.

If Americans are tired of Hollywood’s attempts to placate China and want to encourage the new direction the studios appear to have taken, they should not only go see the movie in theaters, but see it again and look for all the Easter Eggs they missed the first time.