Trump's reaction to Biden border crisis: 'Our country is being destroyed'

The former US President known for his hands-on approach to the Mexico border publicly berated current President Biden for being too hands off. 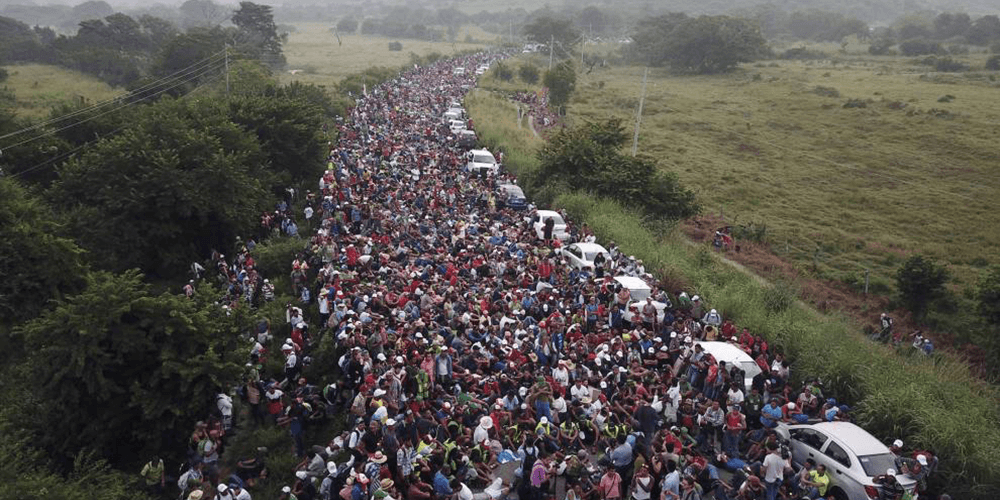 The former US President known for his hands-on approach to the Mexico border publicly berated current President Biden for being too hands off.

In lieu of social media (since the Big Tech companies ousted him), Donald Trump has begun routinely publishing formal statements via press release. Today a total of three were sent out: one complimenting Senator Roy Blunt of Missouri, a second one being a call-out of “RINOs” (Republicans in name only), and a third commenting on the current border crisis hitting the USA/Mexico border.

In full it reads as follows:

“When I was President, our Southern border was in great shape - stronger, safer, and more secure than ever before. We ended Catch-and-Release, shut down asylum fraud, and crippled the vicious smugglers, drug dealers, and human traffickers. The wall, despite horrendous Democrat delays, would have easily been finished by now, and is working magnificently. Our country is being destroyed at the Southern border, a terrible thing to see!”

As of late, the Biden administration migration policy has taken the polar opposite direction that Trump’s agenda sought out. A New York Times reporter called the holding facilities where migrant children are detained as “jail-like.” These buildings are filling up. What was 47 unaccompanied minors crossing per day in January, has climbed to a staggering 300+ by the beginning of March.

Meanwhile, White House Press Secretary is focused on making it a labels game, declining to call it a crisis. "I don't think we have to put new labels on what we've already conveyed is challenging, what we have conveyed is a top priority for the president, what our policy teams are working on every day,” she told reporters on Tuesday.

House Democrats have also introduced a bill aimed at keeping the refugee admissions to 125,000 minimum.