The cost to remove the rock is expected to be less than $50,000 and will be paid for by the chancellor’s office using private donations. 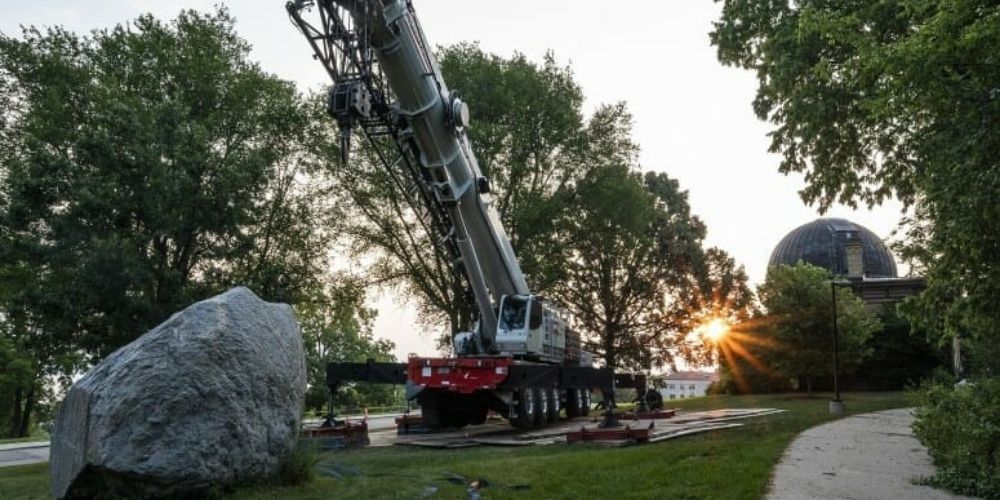 The former Chamberlin Rock was a painful symbol of racism, so the University of Wisconsin–Madison removed it from the property. The rock has sat on Observatory Hill since 1925, where it was referenced by a derogatory nickname that was commonly used to refer to any large, dark rock.

Last November, students testified that the rock was a daily reminder of past and present injustices faced by students of colour. Chancellor Rebecca Blank accepted the recommendation. The Wisconsin Black Student Union, in partnership with the Native American student organization Wunk Sheek, endorsed its removal, according to WNews.

"It took courage and commitment for the Wisconsin Black Student Union to bring this issue forward and to influence change alongside UW’s Wunk Sheek student leaders," said Vice Chancellor for Student Affairs Lori Reesor. "In the midst of demands for justice following George Floyd’s murder last summer, the students wanted change on campus, and they worked hard to see this through. While the decision required compromise, I’m proud of the student leaders and the collaboration it took to get here."

UW–Madison senior Nalah McWhorter, who served as president of the Wisconsin Black Student Union during the 2020-21 academic year, joined staff and students who watched as a crane lifted the rock out of the ground early Friday morning.

"It was very meaningful for me to be there and to see the process all the way through to the end," McWhorter said. "It was about a year ago that we released our demands and met with the chancellor and explained to her why those demands meant so much to us. It was a powerful moment today to see this demand come full circle."

McWhorter hopes this inspires other students to stand in solidarity and advocate for change on campus.

"I see this as offering the next generation of students something to build off of," she said. "We got this project going, and now the next round of students can continue to work on the other demands and come up with other ideas. We hope this movement and this momentum carries on."

The rock, dated nearly two billion years old, is a rare example of a pre-Cambrian era glacial erratic. It was a monument in honour of Thomas Chamberlin, a geologist who served as president of the university from 1887 to 1892.

UW–Madison historians could not find evidence that the racist term attached to the rock in the 1925 newspaper article was used in any capacity by the university. But they note that the Ku Klux Klan was a pervasive presence in the Madison area in the early part of the last century. People of colour were often mocked in minstrel shows at campus facilities and campus satirical periodicals.

Hanging from long straps attached to a crane, the rock hovered a couple of feet above the ground. The rock was then moved to university-owned land southeast of Madison near Lake Kegonsa. The area is within a glacial till landscape.

The cost to remove the rock is expected to be less than $50,000 and will be paid for by the chancellor’s office using private donations.

"Moving the rock to this remote site prevents further harm to our community while preserving the rock’s educational and research value for current and future scholars," said Gary Brown, director of campus planning and landscape architecture, who led the search for the rock’s new location. "Students and the general public will no longer casually encounter the rock, but it will remain available to those specifically seeking it out for teaching and learning purposes."

He noted the rock has immense teaching and educational value in addition to its scientific importance.

UW–Madison was required under Wisconsin’s Burial Sites Preservation Law to get permission from the Wisconsin Historical Society to move the rock because it sat on a burial site. The rock was near effigy mounds that are sacred Native American burial sites.

The Wisconsin Historical Society approved the UW’s permit on August 2 following two rounds of public review that sought input from various stakeholders, including the Native Nations of Wisconsin.

"We have worked closely with the Wisconsin Historical Society and our colleagues in the Ho-Chunk Nation to assure minimal if any, disturbance to the sacred burial sites nearby," said Brown. "Although the rock did not sit on top of a burial site, it was located within a protected Native American burial mound area."

Bill Quackenbush, tribal historic preservation officer for the Ho-Chunk Nation, and Zachary Stencil, a project manager with the Archeological Research Laboratory Center at UW–Milwaukee, observed the moving of the rock. The presence of an archeologist was a condition of the state permit.