Gomez reach out to a local judge who assured her she couldn't be charged with a probation violation, or with obstruction of justice for doing media interviews. 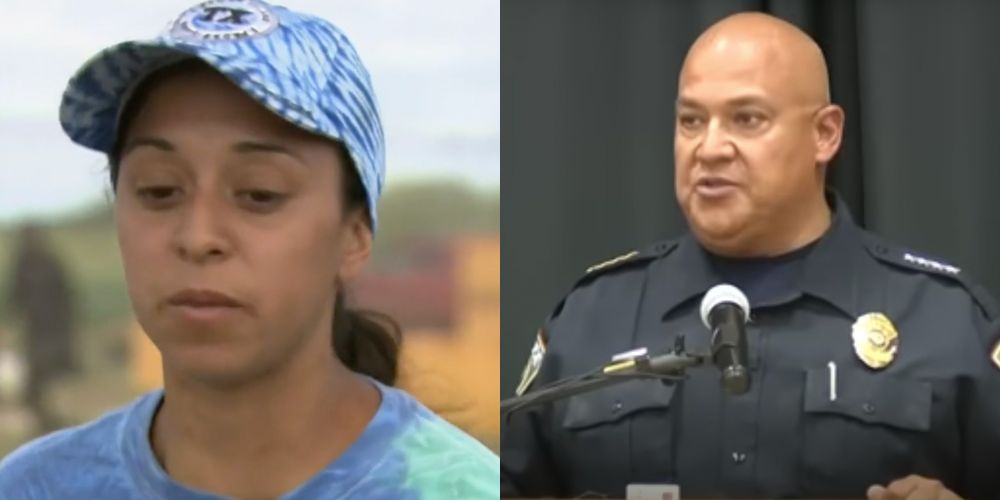 Uvalde mom Angeli Rose Gomez has been threatened with a probation violation by Uvalde police if she continues talking to media about the school shooting that claimed the lives of 21 people.

The probation violation threat to Gomez centers around a decades old charge.

According to CBS reporter Lilia Luciano, the threat comes as a response to Gomez's criticism of the police response at Robb Elementary School. Gomez was handcuffed during the Uvalde school shooting while attempting to rescue her two children who were trapped inside.

As The Post Millennial reported, Gomez drove 40 miles to the school on May 24th, only to arrive and notice "police were doing nothing. They were just standing outside the fence. They weren't going in there or running anywhere."

Gomez was one of many parents who arrived after the shooter entered the school. It took roughly an hour before a Border Patrol Agent eventually breached and killed the gunman. Meanwhile, children bled out from wounds that could have been treated if they'd been reached by first responders earlier.

When Gomez arrived on scene, she was immediately handcuffed by a US Marshall who claimed she was disrupting their investigation. While cuffed, she observed other parents trying to breach the school and witnessed one father tackled to the ground and another pepper sprayed.

Gomez eventually persuaded local Uvalde police to ask the Marshall to let her go. Upon being freed, she immediately ran into the school and successfully rescued her two children.

Uvalde chief Pete Arredondo, who instructed police to stand down while the shooter was in the school, failed to respond to a Texas Ranger probe into his department's actions.

Gomez reach out to a local judge who assured her she couldn't be charged with a probation violation, or with obstruction of justice for doing media interviews.