Erich Louis "Nikki" Yach, now 38, admitted to three violent felonies in a plea deal and was sentenced to 56 months in a California state prison. 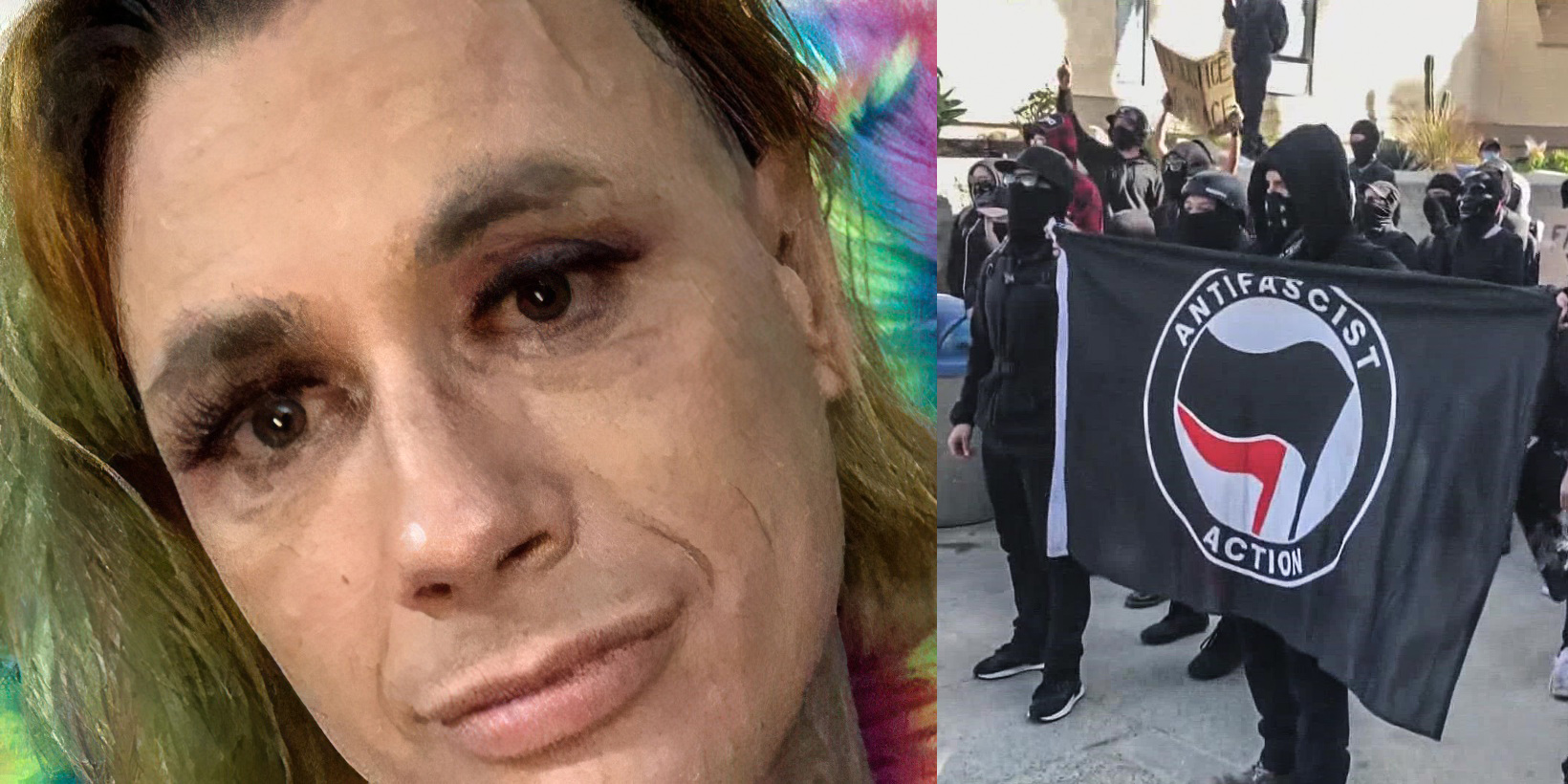 Eva Knott San Diego CA
Nov 12, 2022 minute read
ADVERTISEMENT
ADVERTISEMENT
The first of 11 Antifa defendants who rioted in Pacific Beach more than a year ago was sentenced to prison on Thursday. Erich Louis "Nikki" Yach, now 38, admitted to three violent felonies in a plea deal and was sentenced to 56 months in a California state prison. Yach will have 362 days credited against his time in prison, for the 316 days served along with "good time custody credits." Those who were victims of Yach during the Antifa riot in Pacific Beach, California, on January 9, 2021, were expected to speak Thursday morning in court, but none appeared on the courtroom's video monitor. The hearing had been moved to a different, numbered courtroom so that might have been a contributing factor to their absence.

Judge Polly H. Shamoon spoke before announcing Yach's sentence, remarking that she had received a letter "from the defendant's wife, that starts out, To whom it may concern, Judge or Executioner…" 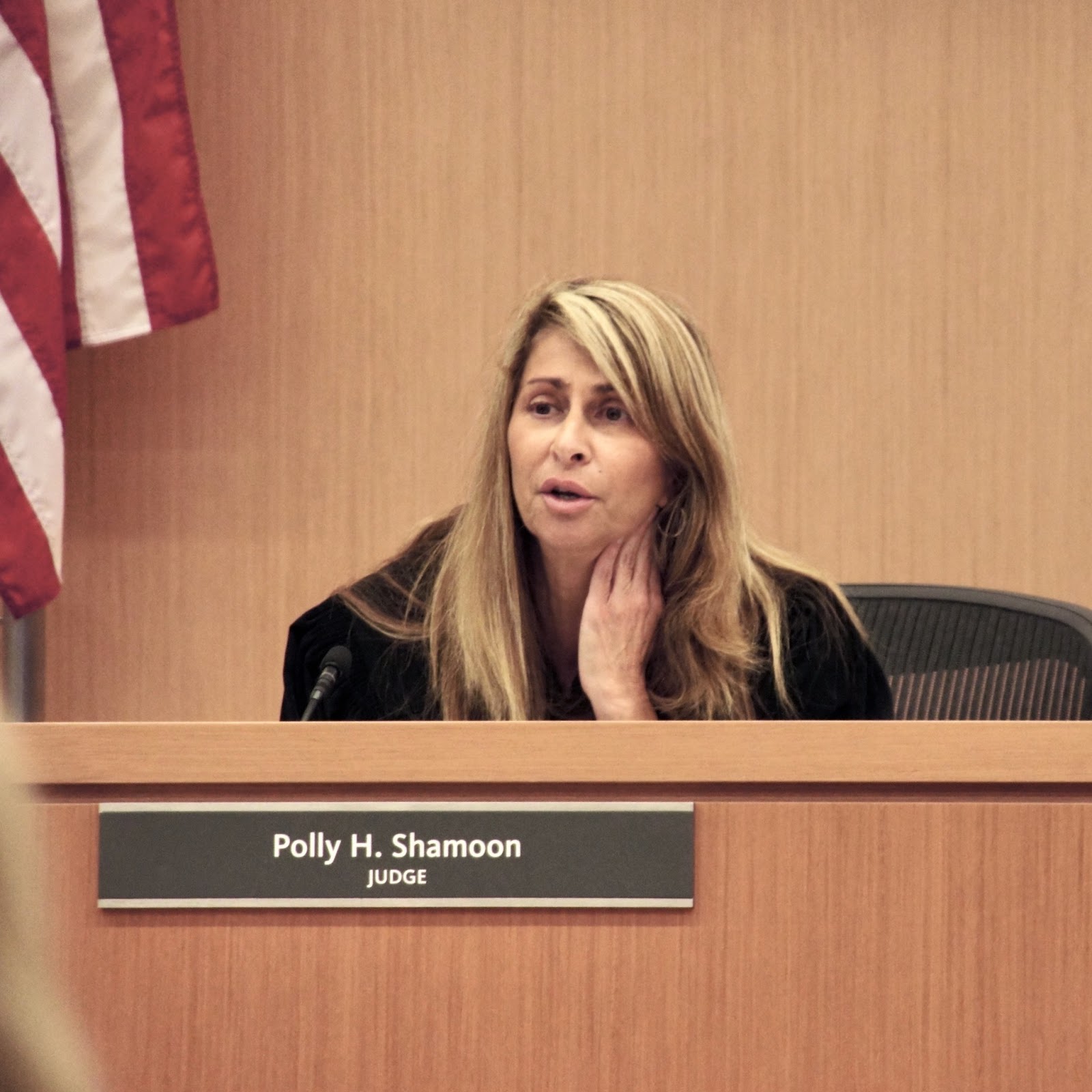 A small person who was introduced as "the spouse," stepped up to a microphone and said to the court, "It's Mister Hubbard, I am Nikki's husband, and she is my wife. And I go by Gigi Hubbard, legally I am known as Maria Victoria Valderama Hubbard, but I am about to change my name legally. I am just here to speak on behalf of my wife, she is the love of my life." 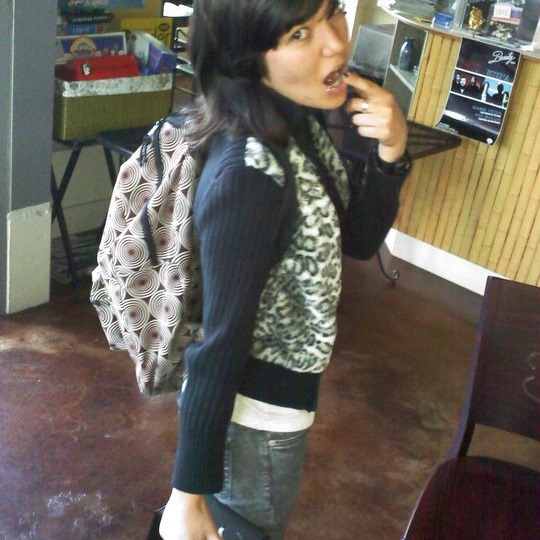 Photo of Maria Victoria V. Hubbard, from her Facebook page.

"She does not deserve to be in a men's jail for the past year," the petite person continued. "…and I request from the judge, respectfully, to put her in the correct prison when she goes to prison, to be in women's prison, so that she doesn't get further violated by men cops…. She has been through enough. And I am just here to speak on her behalf….And this is just political, fascist nonsense….all that she has gone through, she has been unhoused from the age of thirteen….foster care, she is a sexual abuse survivor….I just ask the court to give leniency to my wife after everything she has gone through….It would be nice if the prison would respect all of her rights… especially as a trans woman. Thank you." 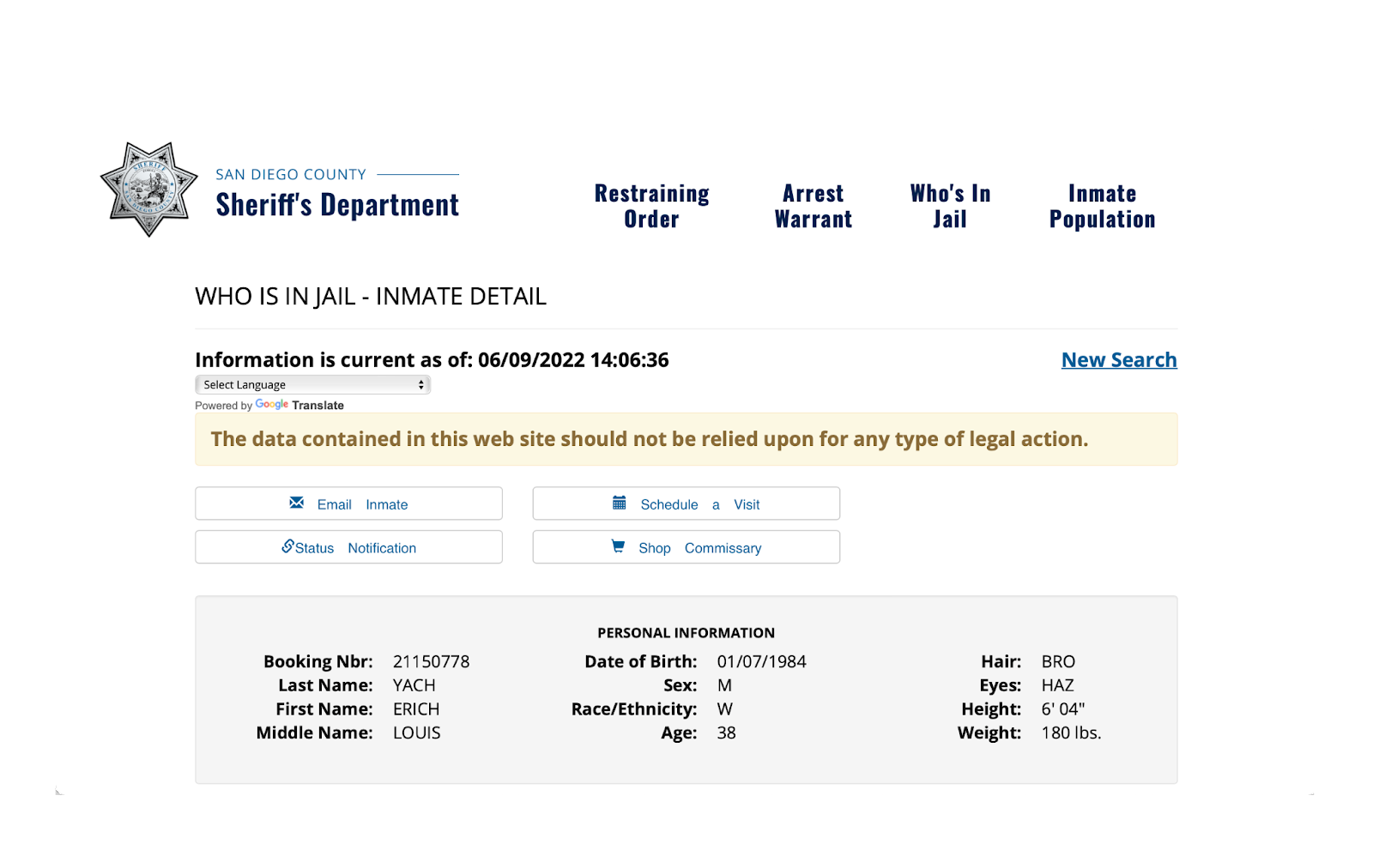 Antifa activists also took issue with Yach being housed in a women's prison, and with Yach's legal name being used as opposed to the chosen "Nikki."

Yach has been held in custody since December 2021, the only one of the 11 total Antifa defendants charged in San Diego County that is in custody. Yach was arrested by San Diego police at one of the border crossings between California and Mexico, statements made by attorneys in court suggested that Yach was across the border, in Mexico, prior to his most recent arrest.

Yach may have been held in custody because he had multiple open criminal cases in San Diego County, and while Yach was at liberty he had multiple FTAs, or Failures To Appear for his court dates.

Of all 11 Antifa defendants, Yach might have been facing the most possible years in prison, if he had been convicted of all charges. He was out on bail for a previous felony when he committed the new felonies, which meant that Yach could have gotten 16 years in prison just for that aggravating factor, if he had been convicted of all eight felonies and multiple special allegations that he faced, after the grand jury indictment which listed 29 counts.

Yach admitted to three felonies, plus two "special allegations." The first felony was Count 1, conspiracy to riot with all ten of his Antifa co-defendants. Each of those remaining defendants were named in Yach's plea deal paperwork. Yach's co-defendants are currently scheduled for jury trials in March 2023. It is unknown if Yach is expected to testify at the trial.

The second felony Yach admitted to was Count 11, saying "I did unlawfully use a tear gas weapon on S.M…not in self defense." The co-conspirators named in that specific attack are Alexander Akridgejacobs, Jesse Merel Cannon, Luis Francisco Mora, Samuel Howard Ogden, and Bryan Rivera, all of whom plead not-guilty. 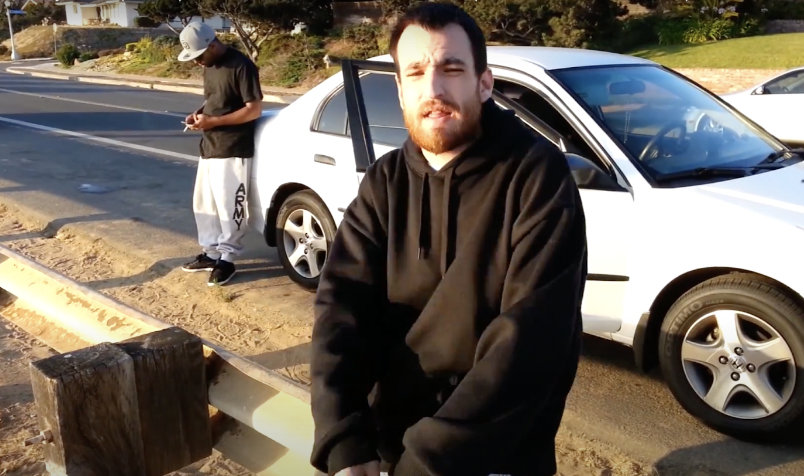 Jesse Merel Cannon in a YouTube video in which he names himself as TallCan. He plead not-guilty to violent Antifa charges. 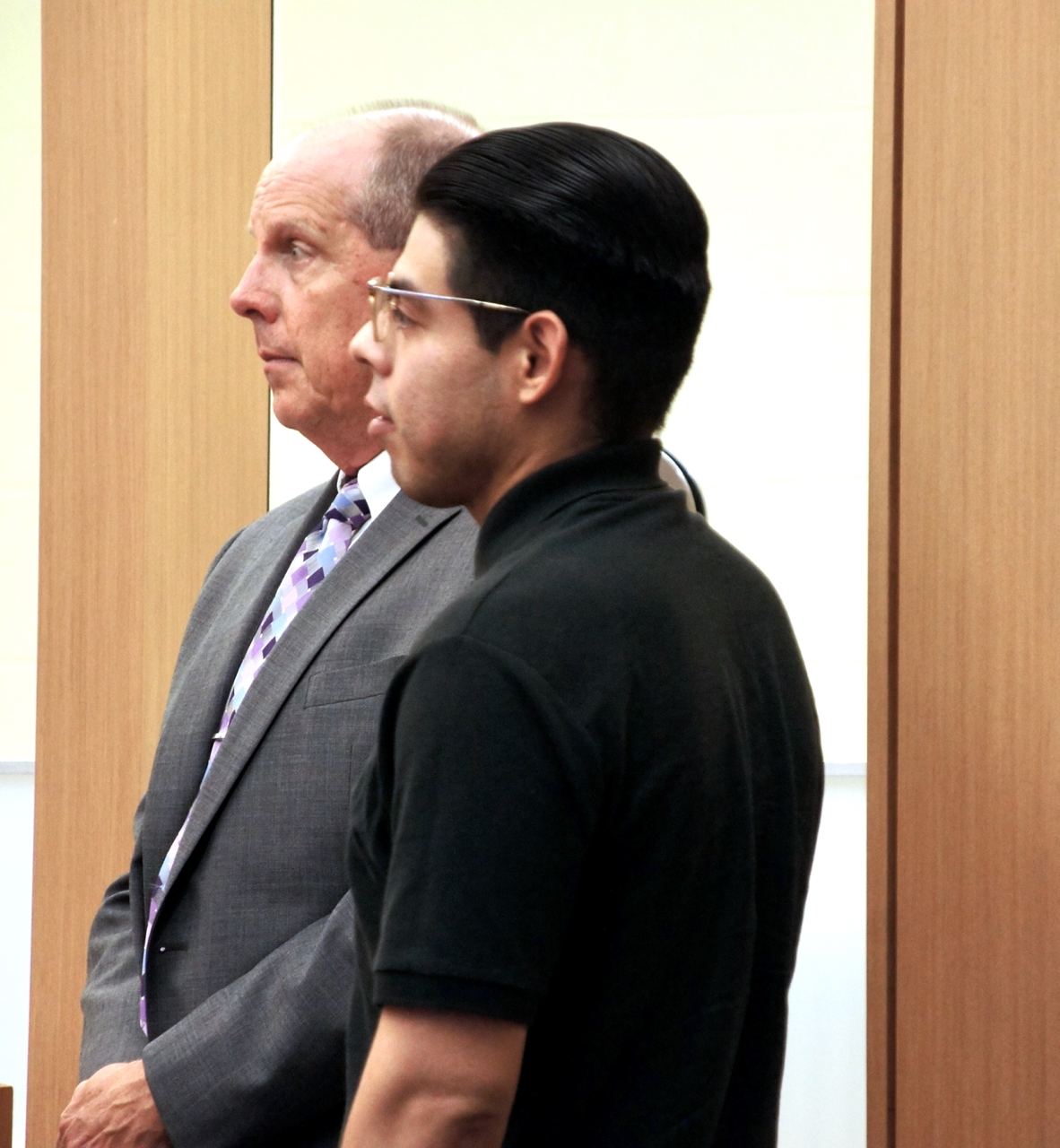 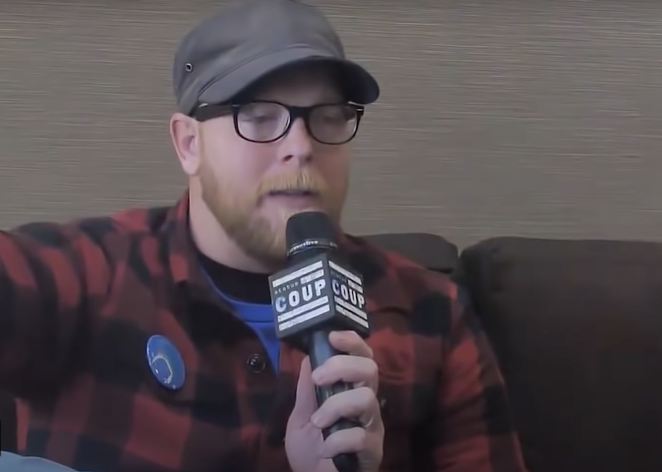 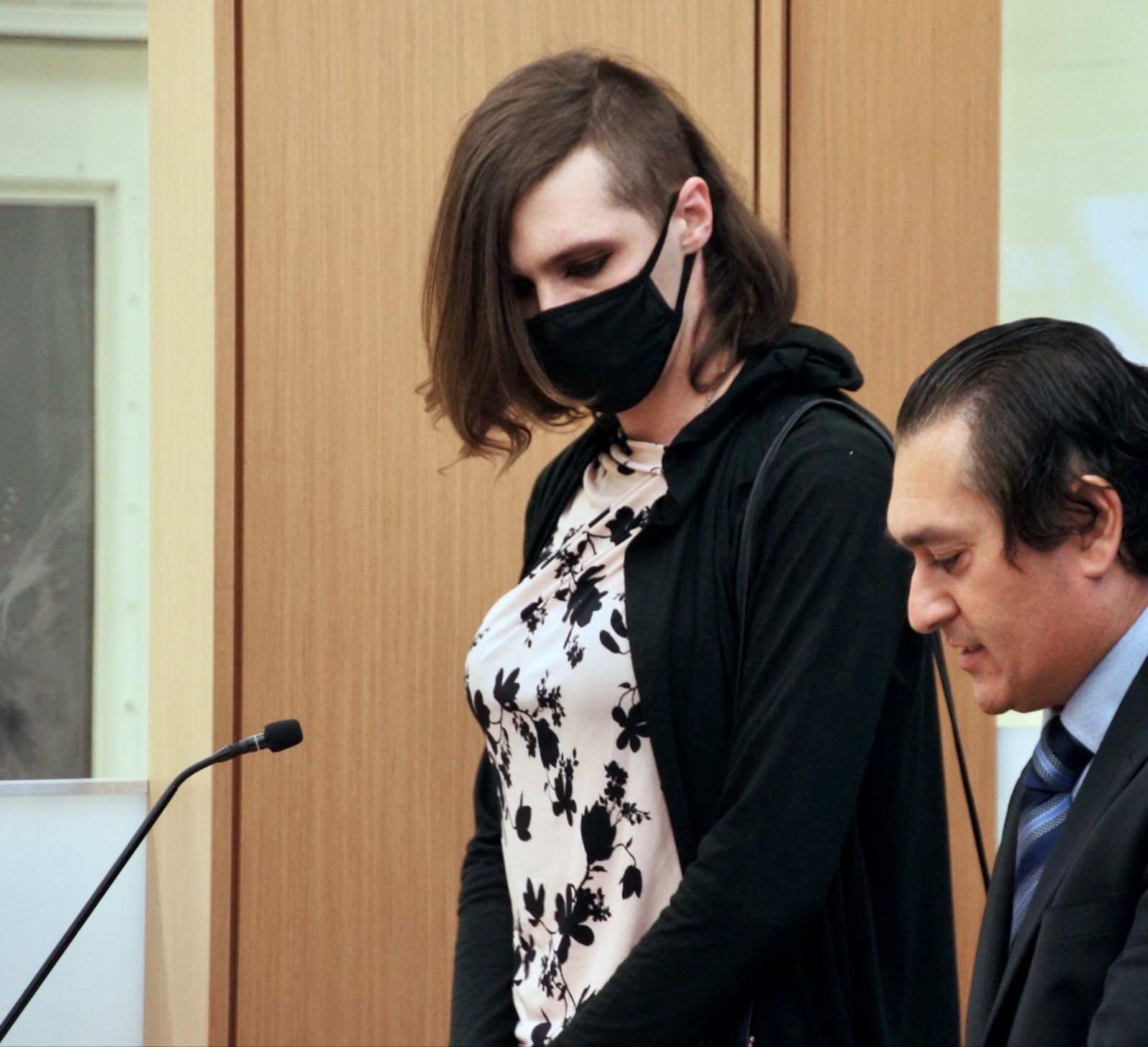 Samuel Howard Ogden, seen in San Diego Superior Court with his attorney,  pleads not guilty to all charges. Photo by  Eva Knott. 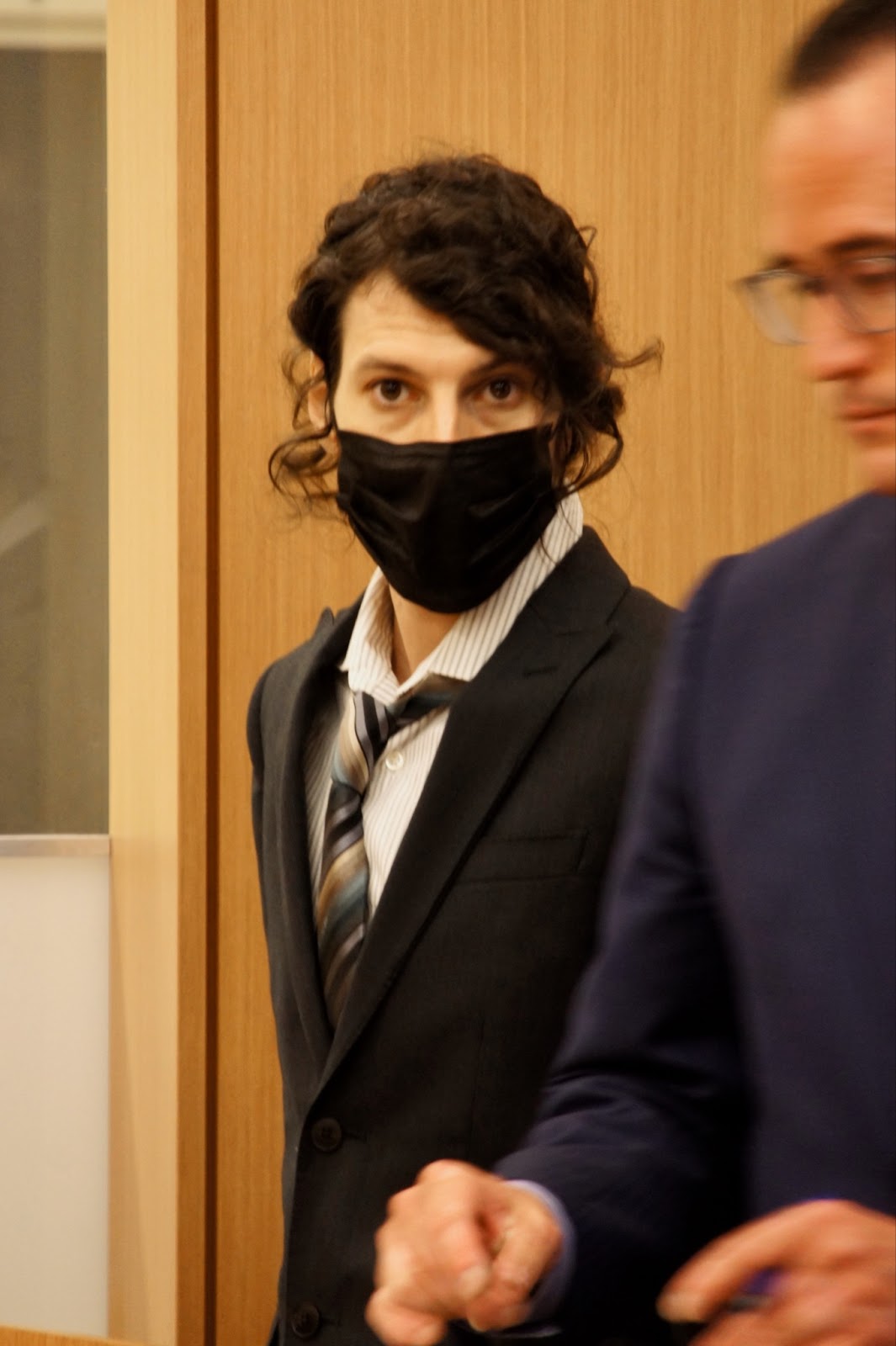 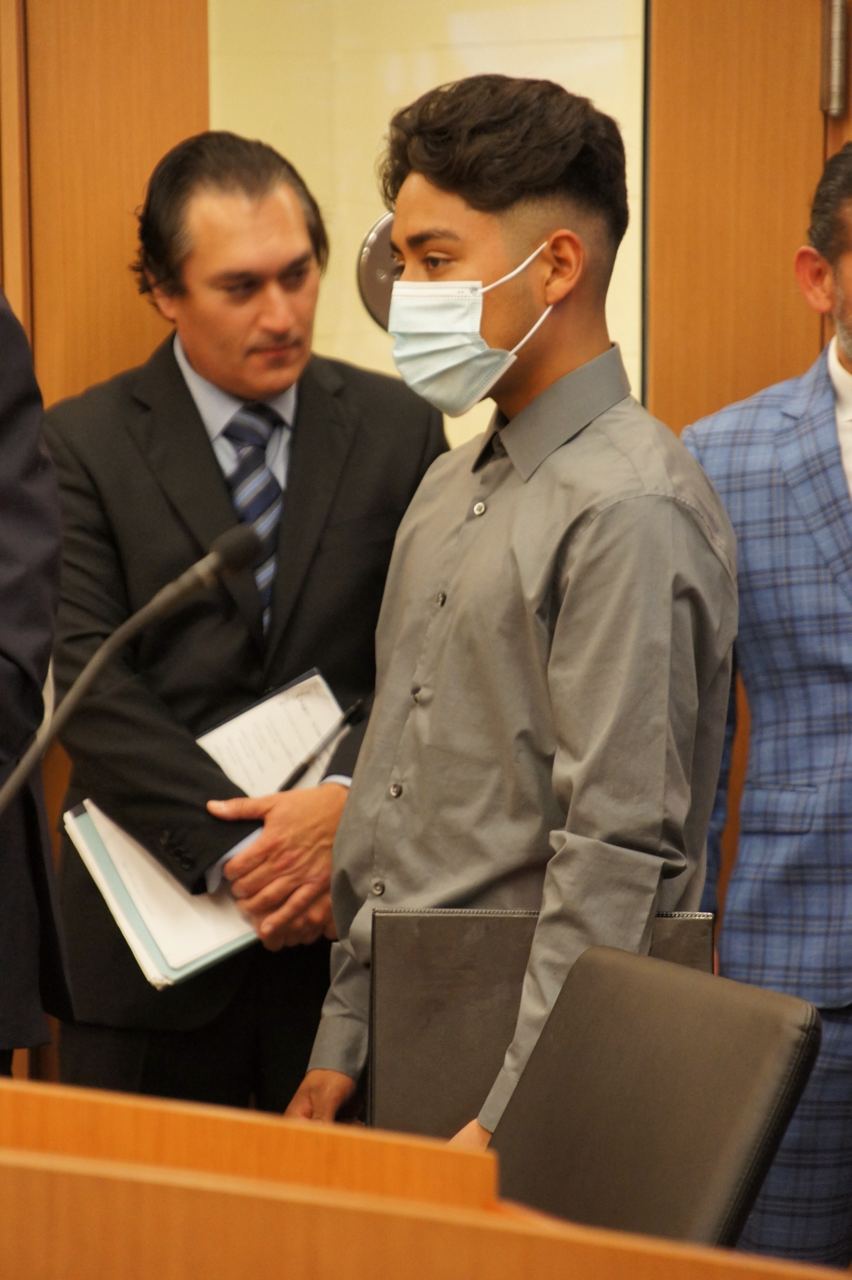 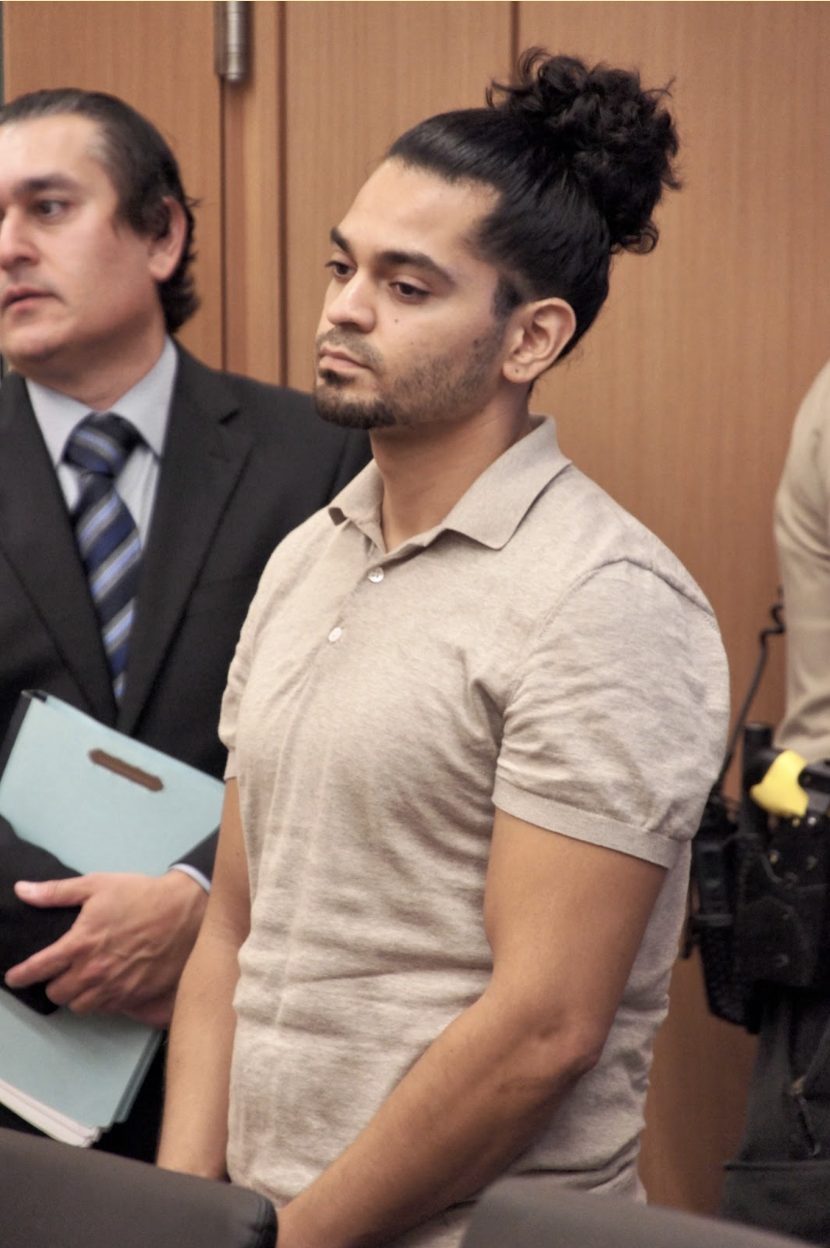 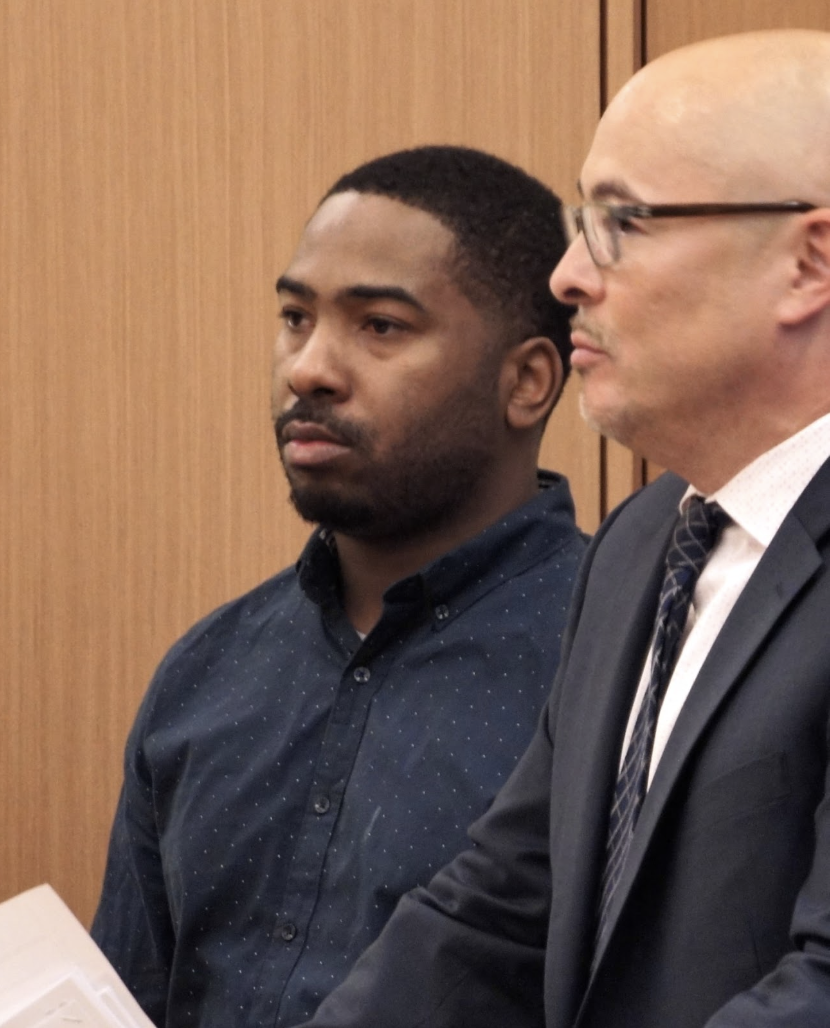 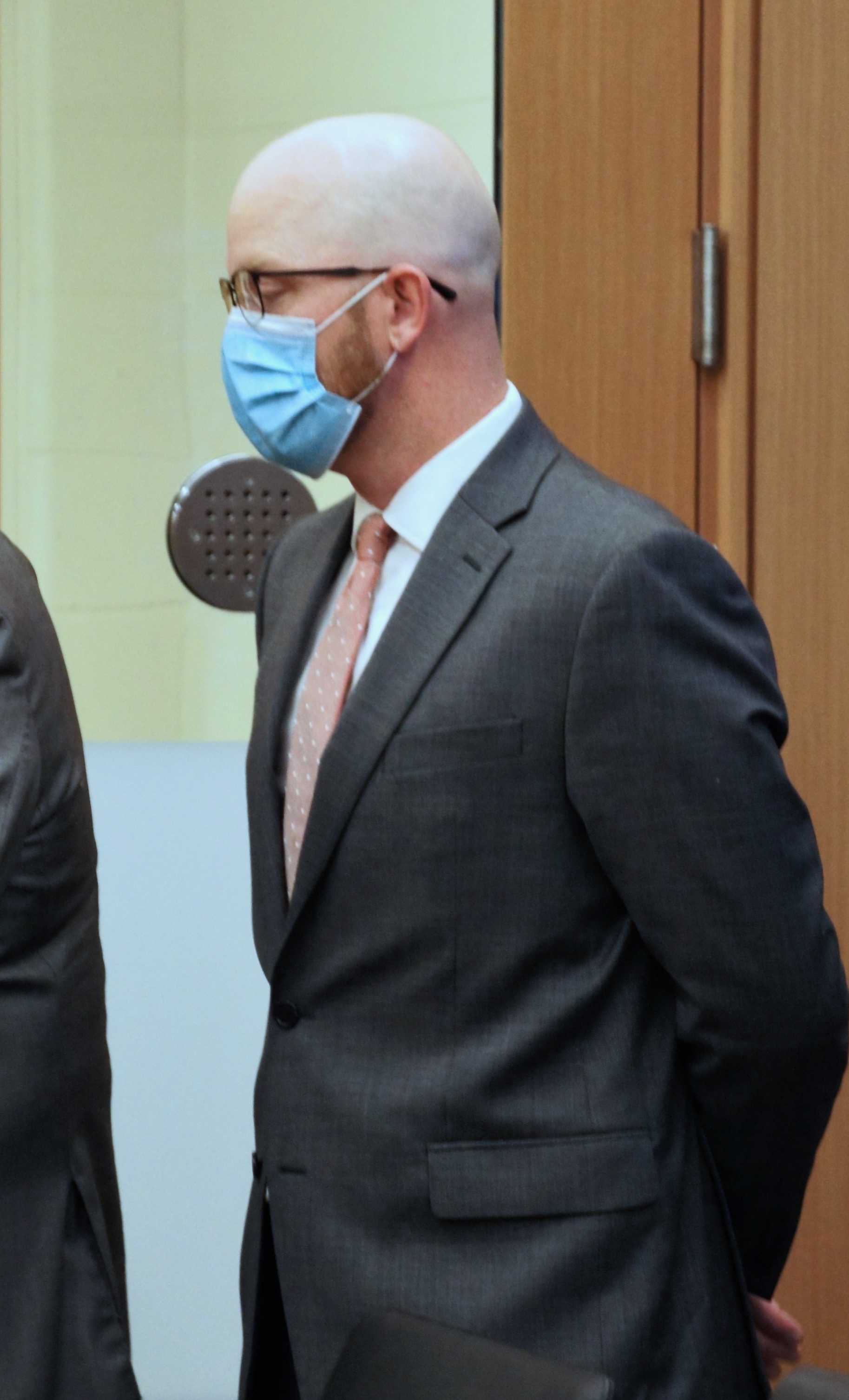 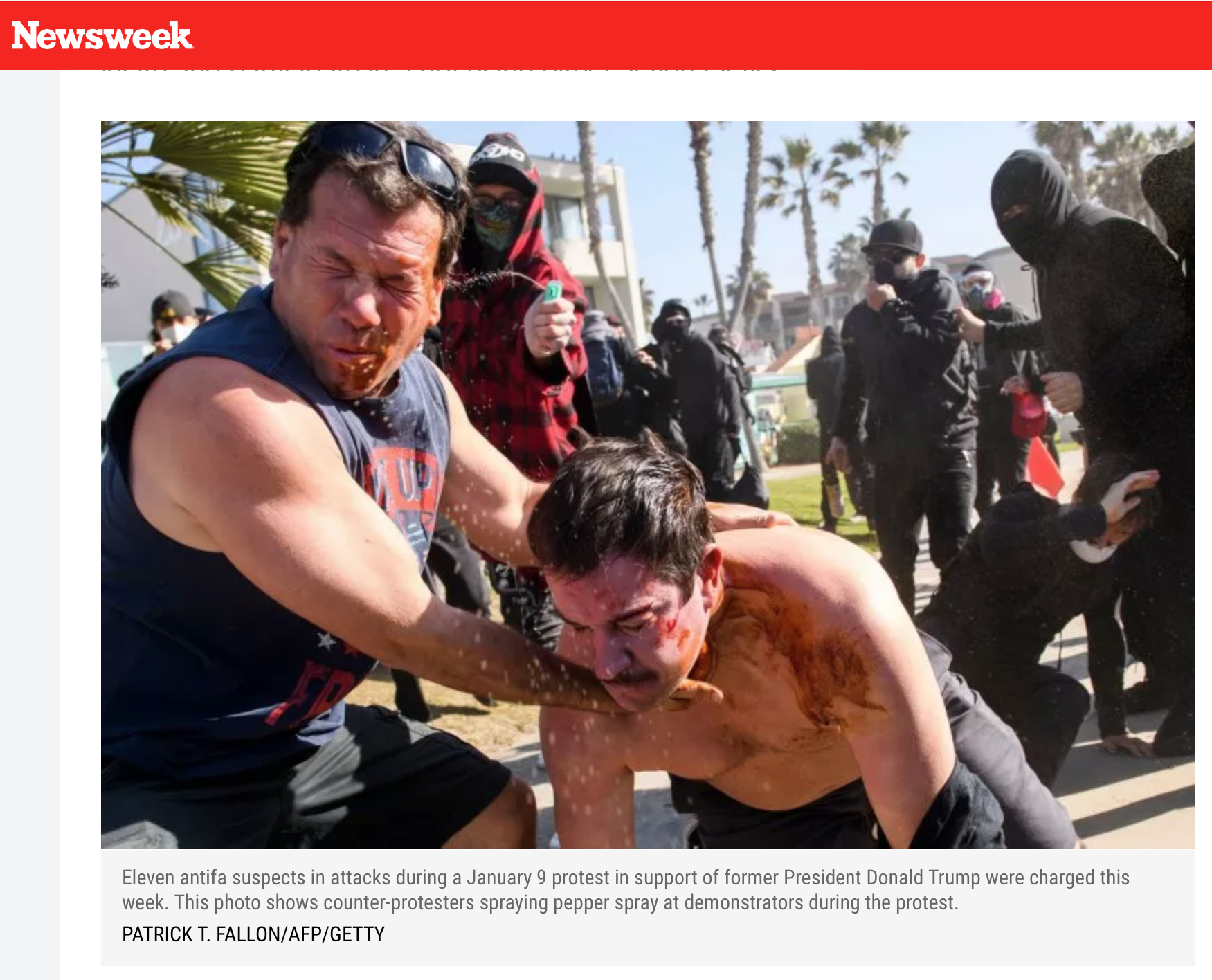 Erich Yach spraying a man who helped rescue a boy being beaten by an Antifa mob, according to Yach's guilty plea. Famous photo after the January 2021 riot in Pacific Beach, California.

The third felony Yach admitted to was Count 22, violently assaulting victim R.L., which was "likely to produce great bodily injury." His co-conspirators in this attack are named as Jesse Merel Cannon, Brian Cortez Lightfoot Jr., Faraz Martin Talab, and Jeremy Jonathan White, all of whom plead not-guilty.

In count 23, which was dismissed in the deal, Yach was specifically charged with using a stun gun on the same victim R.L., but Yach did not admit this count. When the prosecutor presented her case to the grand jury, she commented on the "crackling" of the taser which could be heard in evidence video.

Some of the charges that were dismissed in Yach's plea deal were: being a part of the mob attacking the victims; participating in the "de-arrest" of one rioter; kicking victims who were on the ground; using a taser on one victim; spraying multiple victims with tear gas; and refusing to disperse after police declared a riot.

The alleged violence from the Antifa defendants happened after Patriots declared plans for a march in Pacific Beach; Antifa then posted on social media calling for "direct action" against the Patriots. The alleged Antifa co-conspirators showed up dressed all in black, with protective gear and armed with weapons, according to San Diego District Attorney Summer Stephan, in her indictment of the 11 defendants.

On the day his plea deal was revealed in September, prosecutor Makenzie Harvey read the details of Yach's crimes into the court record, and named his co-conspirators in the specific acts. During this time, Yach was standing in a custody "tank" adjoining the courtroom, and he admitted to the judge, "Yes guilty" and "True" to each charge and allegation. 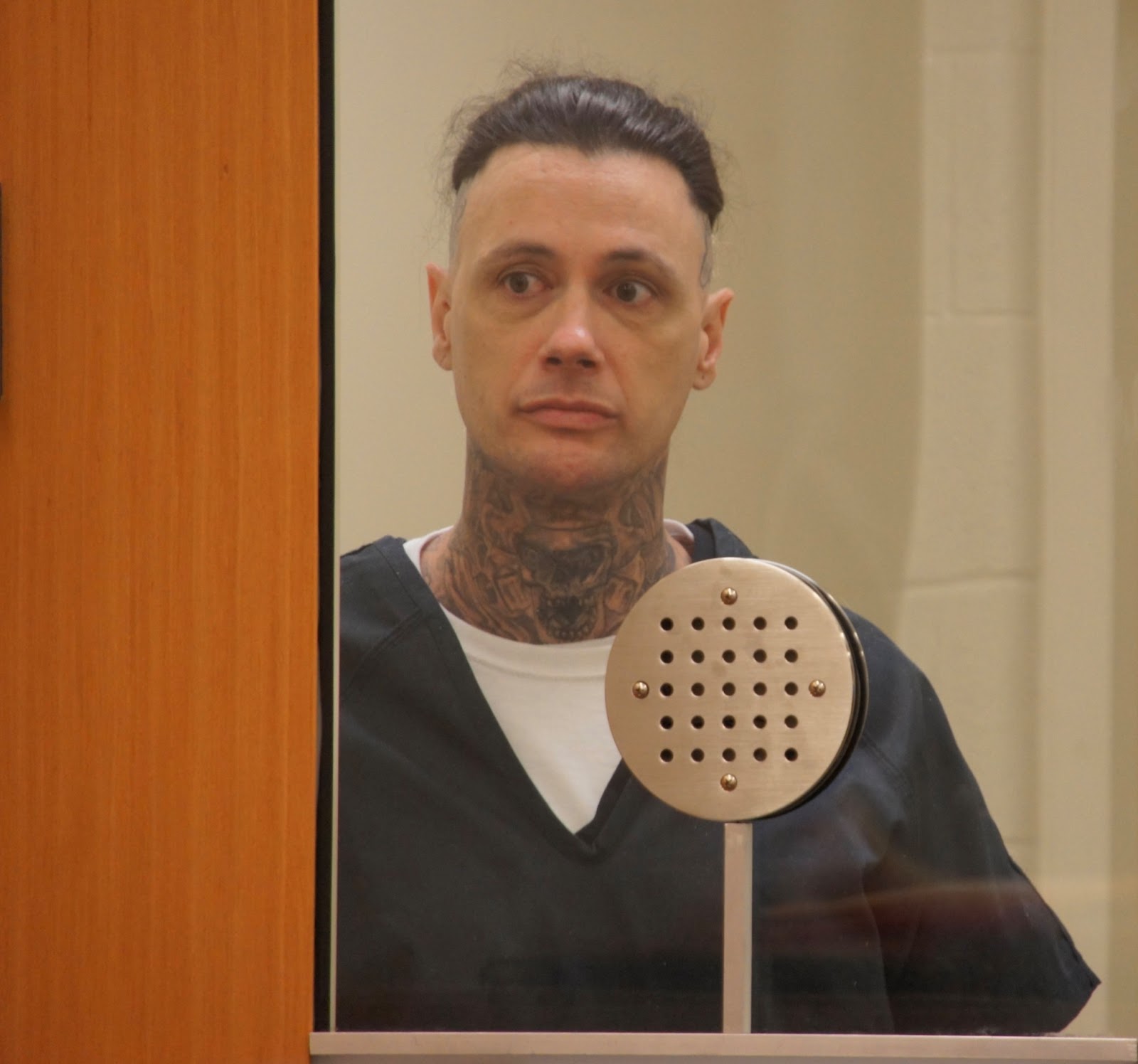 Yach stood in a custody "tank" adjoining the courtroom while he admitted to the judge, "Yes guilty" and "True" to each charge and allegation. Photo by Eva Knott.

Yach had multiple, open criminal cases in San Diego County; in the deal he also admitted being a convict on prison grounds, which was the reason for his prior arrest, for which he was out on bail, when he committed the new, riot charges. Time for that offense runs concurrent to the current sentence. Yach also had a separate case for resisting arrest, as well as multiple charges for failing to appear for his court dates, those were all dismissed in the plea deal.