The Washington Post, which declined to report on Hunter Biden's laptop in the lead up to the 2020 US presidential election, is now reporting on the family's influence peddling. 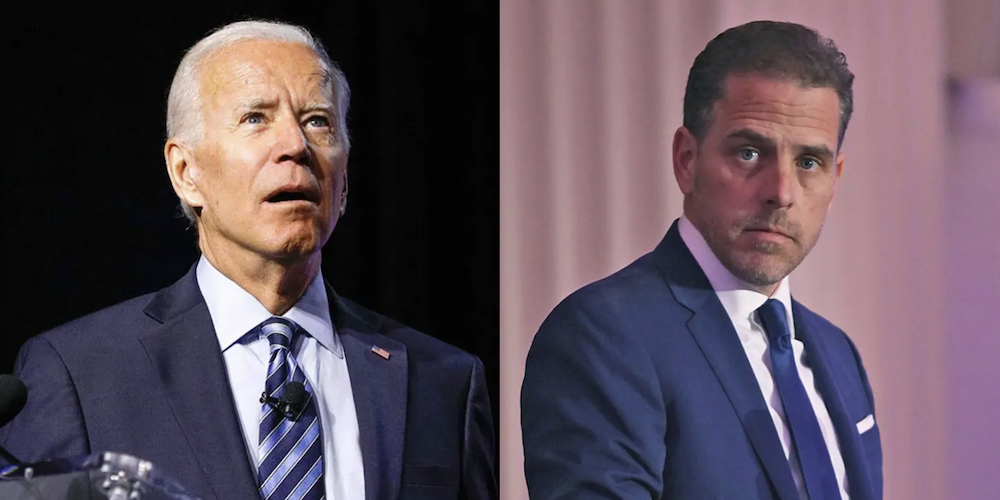 After initially refusing to report on Hunter Biden's dealings with foreign companies, the Washington Post has released a review confirming many of the details first revealed by the New York Post.

The Washington Post, which declined to report on Hunter Biden's laptop when the stories broke from the New York Post in the lead up to the 2020 US presidential election, is now reporting on deals made between the younger Biden and Chinese energy firms.

In their review, WaPo confirms via government documents, bank statements, and emails from the hard drive of Hunter Biden's now infamous laptop, that he and his uncle, James Biden, had made lucrative deals with CEFC China Energy.

While WaPo did not find evidence that Joe Biden "personally benefited from or knew details about" the CEFC deals, they acknowledge that the Biden family made the most of Joe's political connections.

"The new documents," WaPo reports, "which include a signed copy of a $1 million legal retainer, emails related to the wire transfers, and $3.8 million in consulting fees that are confirmed in new bank records and agreements signed by Hunter Biden — illustrate the ways in which his family profited from relationships built over Joe Biden’s decades in public service."

According to WaPo, the relationship between Hunter Biden and CEFC executives began in December 2015, while Joe Biden was still vice-president. After a deal was made in 2017 stating that Hunter Biden would provide legal consultation services, the Chinese firm sent around $5 million over a fourteen-month period to the Hunter and his uncle, with the former receiving the bulk of the money. These transactions were flagged as potentially criminal in a report by the Financial Crimes Enforcement Network at the Treasury Department.

WaPo reports that upon making the deal, Hunter Biden requested new keys to his office for Joe, Jill, and James Biden, as well as Chinese business executive Gongwen Dong.

In 2018, CEFC was dissolved following further legal investigations into its top executives. During the preceding months, the relationship between the Bidens and CEFC had begun to fall apart after the Chinese firm questioned some of Hunter's business expenses. At one point, Hunter even threatened to sue them in the Chancery Court in Delaware, bragging that he was "privileged to have worked with and know every judge in the chancery court."

Hunter Biden has been under federal investigation since 2018, but it was the discovery of the laptop that really escalated the need to get to the bottom of his business dealings.

When the Hunter Biden laptop scandal was first revealed by the New York Post, many media outlets refused to cover it. The Washington Post justified not exploring the reporting of what was contained on the laptop by claiming that the information was a product of Russian disinformation. The New York Times recently verified that this was not so. At the time, the Washington Post's head fact checker dismissed the whole thing as mere "laptop stuff."

The Washington Post claims they "repeatedly" asked Rudy Giuliani and Steve Bannon for a copy of the laptop's data prior to the 2020 election, but that "the requests were rebuffed or ignored." Giuliani had given a copy of the data to Jack Maxey, who at the time was working with Bannon on his podcast, War Room. WaPo says Maxey provided them with a copy in June 2021.

Jack Posobiec, who had a copy of the laptop and offered it for the perusal of other journalists multiple times, said WaPo could have had access much earlier.

"I was on War Room as a co-host frequently in October 2020," Posobiec said, "and both there and on my Twitter, which WaPo has stalked for years, I publicly offered copies of the hard drive to mainstream media. They never took me up on it."

According to the Daily Mail, WaPo "accidentally deleted their first copy," and got Maxey to deliver a second in October, 2021.

"I'm not going to disclose the details of our conversations," Maxey told the Daily Mail, "but I gave them a copy of it in June. I personally delivered it to their offices and met with senior editors. I had to go a second time in October because they broke the first copy."

"They haven't done anything [until now]," he continued. "They're not just late to the party, they didn't even show up."