WATCH: 100-year-old WWII vet cries, says America today 'not what they died for'

The 100-year-old WWII vet cried for those growing up in America today saying, "Nobody will have the opportunity I had. It's just not the same. That's not what our boys, that's not what they died for." 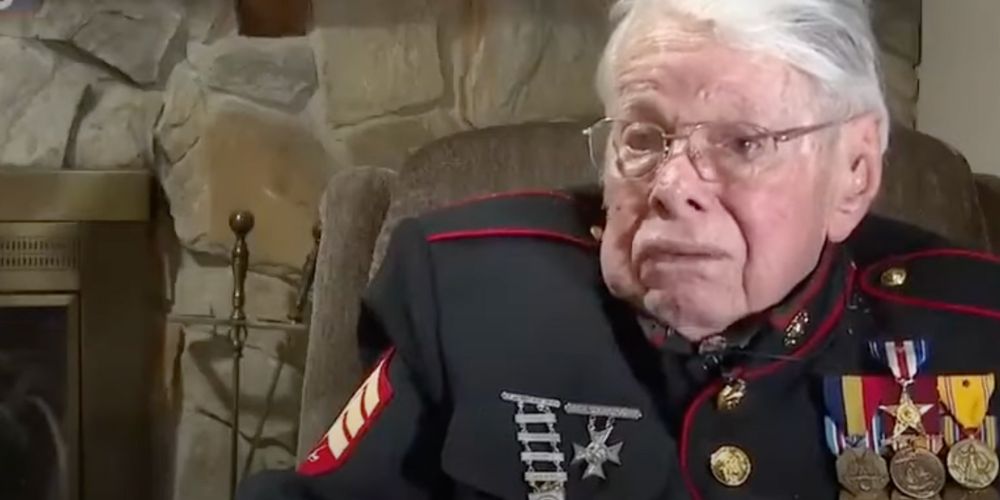 The former Marine started off his interview with a local Fox station focusing on the aspects of life that he's appreciated such as nature, going to church, and living to be 100. He looked back fondly on his life saying, "I've lived a good life. I've had a lot of love, happiness, smiling, telling everybody that everything was beautiful every day."

Deke's gratitude for his life quickly turned into an emotional confession about his concern about the entitlement and ungrateful grievance erupting from younger generations saying, "People don't realize what they have. They b*tch about it. And then nowadays, I am so upset because the things we did, the things we fought for, and the boys that died for it, it's all going down the drain." Deke began weeping as he added "Our country is going to hell in a handbasket. We haven't got the country we had when I was raised, not at all."

The 100-year-old WWII vet cried for those growing up in America today saying, "Nobody will have the opportunity I had. It's just not the same. That's not what our boys, that's not what they died for."

Deke's concerns aren't unfounded either as Americans today are struggling to make ends meet as inflation hits a 41-year high, recession looms, and younger generations are facing record-low homeownership rates. The average American today has over $90,000 in debt, a startling departure from the $2,000 average for Americans in 1950.

The state of morality in America is on a steep decline as well, with half of Americans rating the state of moral values in the US as 'poor,' according to a recent Gallup poll.