WATCH: Biden administration vetting Afghan refugees 'on the back end'

Secretary of State Anthony Blinken said that State Department officials are "doing accountings on the back end as people arrive in the United States." 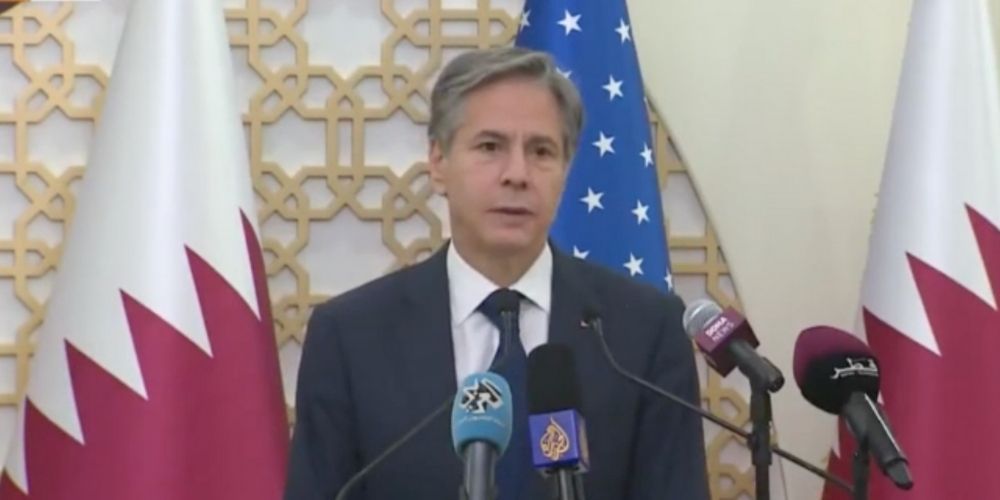 During a press conference from Qatar on Tuesday, Secretary of State Antony Blinken said that the State Department is doing "accountings on the back end" of Afghan evacuees in the United States as some raise concerns regarding the vetting process in place for said evacuees.

Blinken stated that the during the evacuations from Afghanistan in August, the Biden administration focused primarily on getting as many people who wanted to leave the country out, with vetting efforts being focused on after evacuees were safely out of the country, according to Fox News.

"My expectation is we will have a breakdown of the numbers of people who left Afghanistan, including not just American citizens, but green card holders, SIV applicants, SIV visa holders, Afghans at risk, those eligible for P-1 and P-2 visas," Blinken said.

"All of that will be forthcoming in the days and weeks ahead as we're able to break down the numbers," he added.

Following the full withdrawal of US troops from Afghanistan last week, the White House said that intelligence and counterterrorism officials were working to "vet all Afghans" before their entrance into the United States, with those holding Special Immigrant Visas and vulnerable Aghans being flown to "transit hubs" in Europe and Asia to undergo  "robust security screening."

According to the White House, the screening process involved "biometric and biographic security reviews conducted by our intelligence, law enforcement, and counterterrorism professionals."

Those flagged will be sent to Camp Bondsteel in Kosovo, a well-placed US diplomatic source told Fox News. According to the source, several individuals have been sent there already.

Evacuation efforts continue for Americans still stuck in Afghanistan, with Biden Administration officials saying that the US mission in the courtly has shifted to a "diplomatic one."

The State Department is working on evacuating more than 100 Americans remaining in Afghanistan, if they decide they want to leave.

In regards to evacuating more Americans, Blinked noted that "without personnel on the ground, we can't verify the accuracy of manifests, the identities of passengers, flight plans or aviation security protocols. So this is a challenge."