Miguel Cardona said the children have "suffered enough," and that he supports mask mandates in schools. 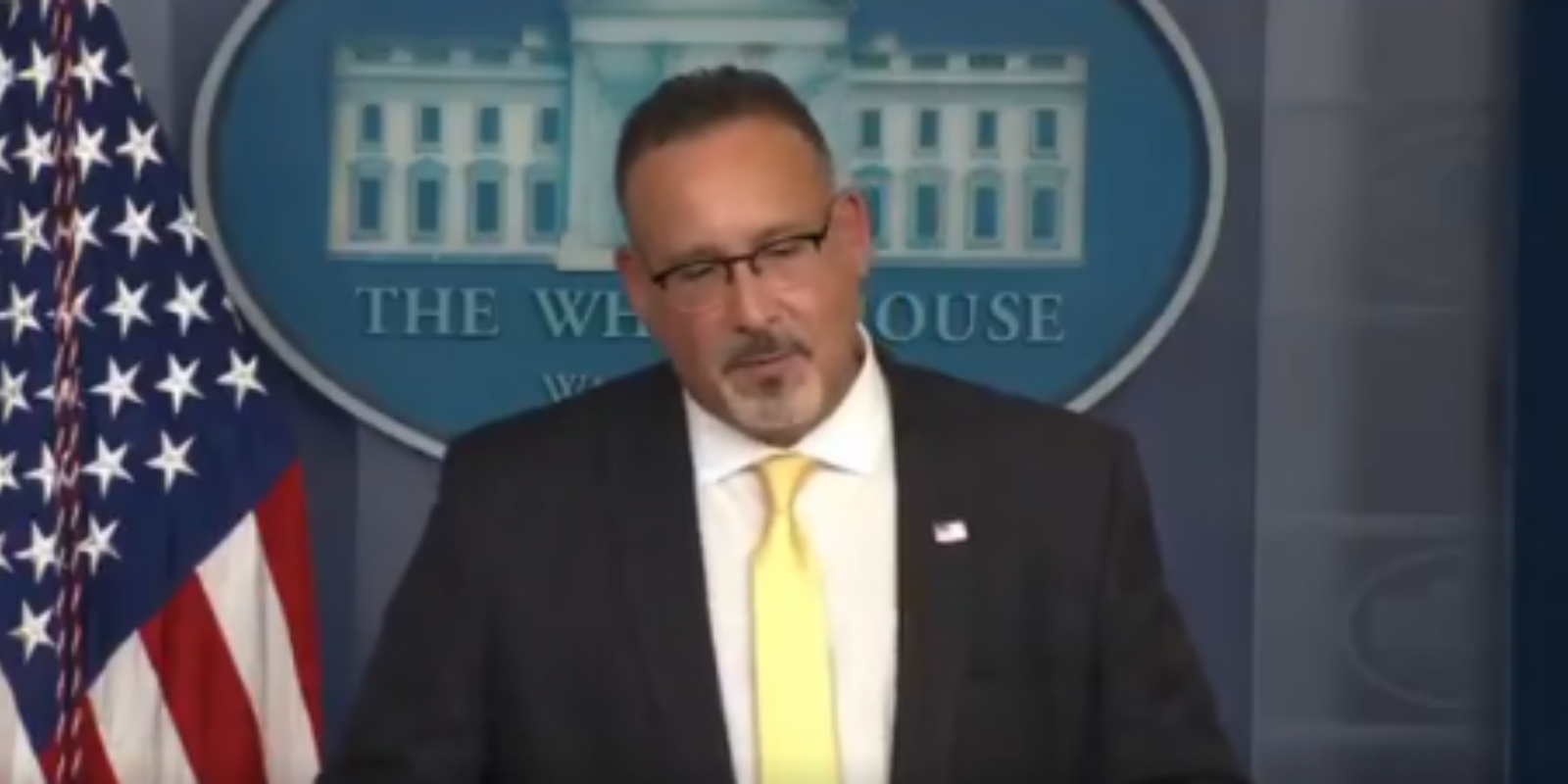 Biden administration's Secretary of Education Miguel Cardona addressed questions on Thursday about children and masking as the new school year is about to kick off. He said the children have "suffered enough," and that he supports mask mandates in schools.

A reporter said that Americans are all "used to" wearing masks by now, including schoolchildren. Though this is not always the case.

"What is your message to governors like Gov. DeSantis (R-FL) in Florida, and Gov. Abbott (R-TX) in Texas who have banned mask mandates?" The reporter asked Cardona.

"You know, don't be the reason why schools are interrupted," he replied, implying that mask mandates are necessary for students in order to keep schools open.

"Educators know what to do. We did it last year."

"So, at the end of the day, we're all in this together, and it's critically important that we have conversations with governors directly, with state chiefs directly."

"We wanna be an ally, and make sure that we're supporting our students. At the end of the day, we're talking about students being in classrooms. They've suffered enough. It's time for them to be in the classroom without disruption[s] to their learning."

The guidelines being endorsed by Cardona seem to be those of the CDC, which in turn received the input of a major teachers' union while being formulated, and are considered by many to have resulted in more delays in being able to re-open schools in a timely manner.

Cardona was then asked directly about teachers' unions who have pushed back against schools re-opening for in-person learning, responding that, in short, he didn't see much of a problem on that end.

"Are you engaged in discussions with teachers' unions [which] may be reluctant about returning to the classroom this fall because of the Delta variant, and how significant do you expect that challenge to be?"

"Yeah, I really don't expect it to be a challenge to work with our teachers to get our schools to reopen," Cardona said. "In fact, I think they've shown a lot of proactive communication about wanting to reopen schools. All teachers want schools reopened; they just wanna make sure that they're safe for students and for staff."

"So I look at it as another partner in the process of making sure we're doing what's right to reopen our schools, and, while the Delta variant is providing new challenges, we have the tools, we have the resources and we have the experience of what worked last year to get it done safely," Cardona said.

Cardona went on to imply that students wearing masks equates with "putting the students first." Reports have emerged that children are less likely to have COVID symptoms.