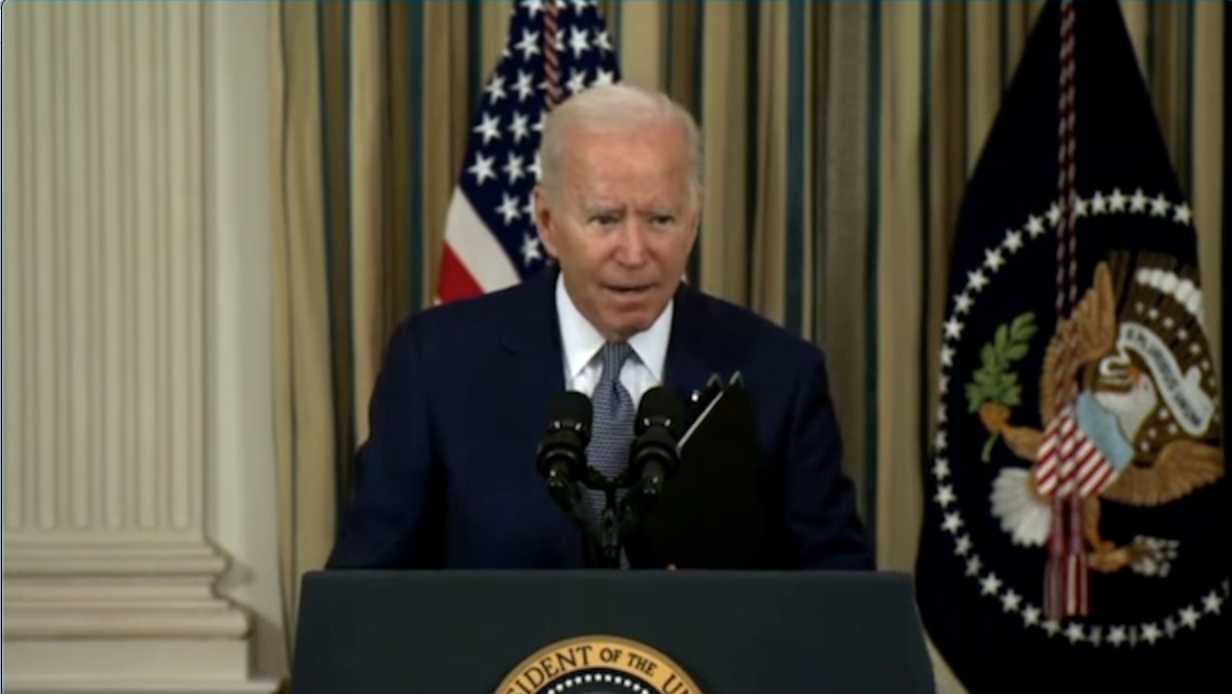 President Joe Biden spoke on Friday morning to address the low job numbers in August and to tout his massive $3.5 trillion spending plan. During the press briefing, Biden took a question on Texas' abortion law, clarifying his position.

A reporter asked: "What would be your message to women in Texas? And what can your administration do to protect abortion rights on federal level?"

"I'm late for going down," Biden said, noting that he's traveling to Louisiana on Friday to survey the damage from the recent Hurricane Ida. "I'm going to talk about these things from Louisiana but I have been continued to be a strong supporter of Roe v. Wade, number one."

"And the most pernicious thing about the Texas law is sort of creates a vigilante system where people get rewards to go out. And it just seems, I know this sounds ridiculous, almost un-American, what we're talking about," Biden said.

"Not to debate about I under—I respect people think that—who don't support Roe v. Wade—I respect their views," Biden continued. "I respect them, those who believe life begins at the moment of conception. And I respect that. I don't agree, but I respect that. I'm not going to impose that on people."

"But what I was told, and I must tell you, I am not certain," Biden went on. "I was told that there are possibilities within the existing law to have the Justice Department look and see whether are there things that can be done that can limit the independent action of individuals in enforcing a federal system, a state law. I don't know enough to give you an answer yet. I've asked that to be checked."

Biden left the podium as reporters shouted questions about the complete US departure from Taliban-controlled Afghanistan on Monday.

In 2015, however, Biden had a different take. He said "I'm prepared to accept that the moment of conception is human life beginning. But I'm not prepared to say that to other God-fearing even non-God-fearing that have a different view," he said in an interview.

Texas passed a bill called the Texas Heartbeat Act, or SB8, this week, which prohibits abortions from being performed after a fetal heartbeat is detected in the unborn-baby. Pro-abortion activists asked the Supreme Court to halt the bill from passing, but the Justices, in a 5 - 4 vote, declined to do so.

White House press secretary Jen Psaki took a question on Thursday from a reporter who said: "Following up on why does the president support abortion when his own Catholic faith teaches abortion is morally wrong?"