WATCH: Tucker Carlson reveals that illegal immigrants aren't being tested for COVID-19 before being released into the general population

Tucker Carlson revealed the awful truth that illegal immigrants who are being released from ICE detention facilities are not being tested for COVID-19 prior to entering the general population. 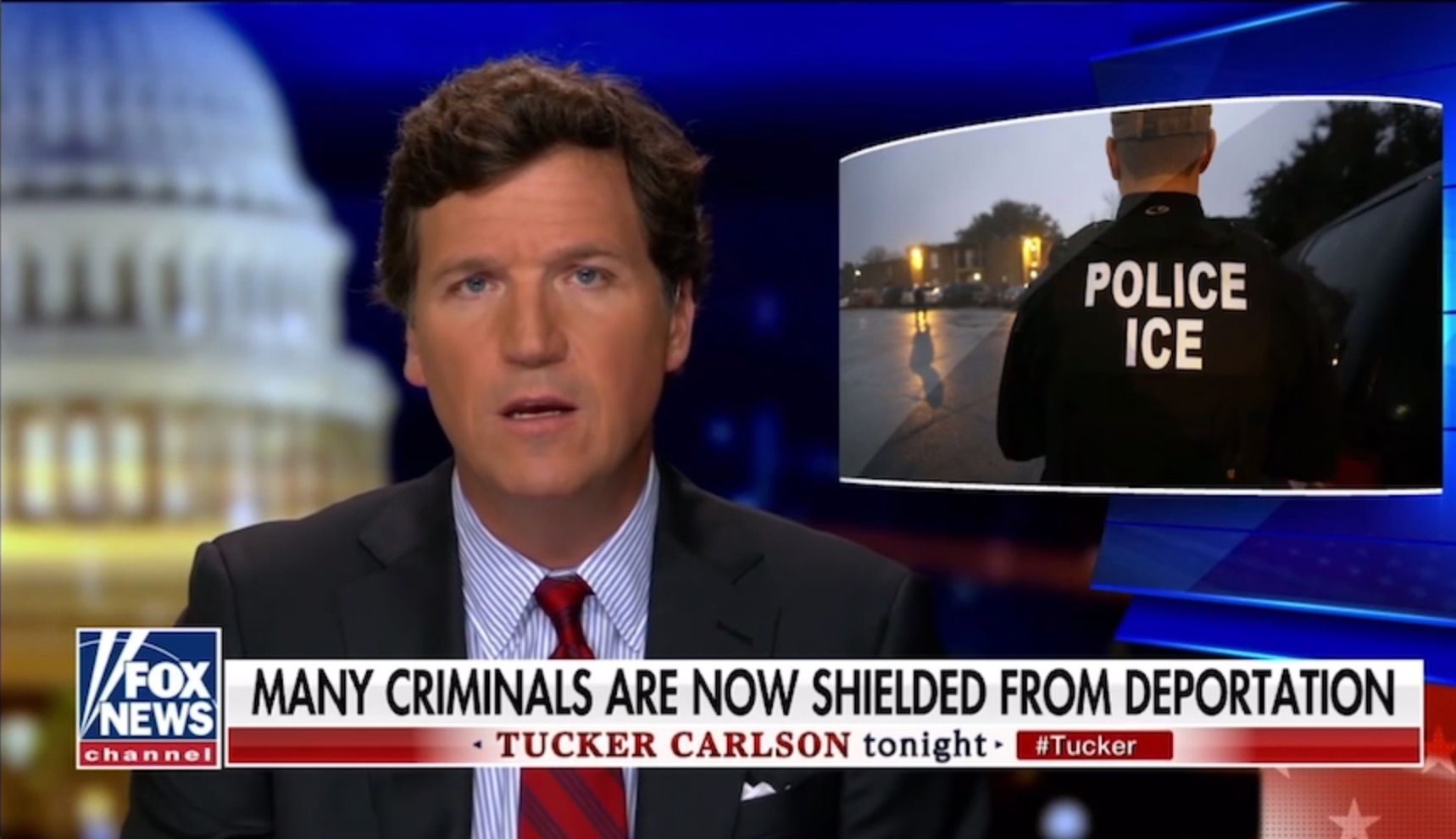 Speaking to the nation on Tuesday night, Tucker Carlson revealed the awful truth that illegal immigrants who are being released from ICE detention facilities are not being tested for COVID-19 prior to entering the general population.

Carlson said that the Biden administration is "releasing thousand of foreign nationals" into American neighborhoods without making sure that they are COVID-free before doing so.

He noted that people from countries with high infection rates "are being sent forth into the population as though COVID isn't real." This, he says, is the policy of the Biden administration.

On Friday, White House Press Secretary Jen Psaki "didn't care enough to answer the question" as to whether or not this is the case. The program is a result, Carlson said, of a Biden Executive Order basically authorizing the "catch and release" of illegal immigrants.

He quoted a border control worker who said definitively that they do not test immigrants before releasing them into the US. Sheriff Leon Wilmot, who works in border control, sent a message to Sen. Krysten Simena, saying "This is a particularly dangerous approach, as there is currently no protocol for testing any of these people for the Covid-19 virus."

Wilmot also said "...Nor is there any support being offered by the federal government to house, feed, medically treat or transport these immigrants."

Carlson said that this was basically only the tip of the iceberg with regard to the Biden administration's plans for integrating illegal immigrants into society at large, including criminal offenders.

Much of these new orders have to do with the feeling that protecting Americans against illegal immigrants is racist, and that the only reason Americans are opposed to criminals staying on the American side of the border instead of being deported is because of racism.

Carlson showed a panel of leftist journalists who intoned that concept and refused to note any additional issues with illegal immigration into the US. He quoted an ICE memo that said "Effective immediately Convictions would include: Drug based crimes, simple assault, DUI, money laundering, property crimes, fraud, tax crimes... gang tattoos."