While most of the garage looks normal, the specific spot where she placed her car happened to be below a leaky pipe. 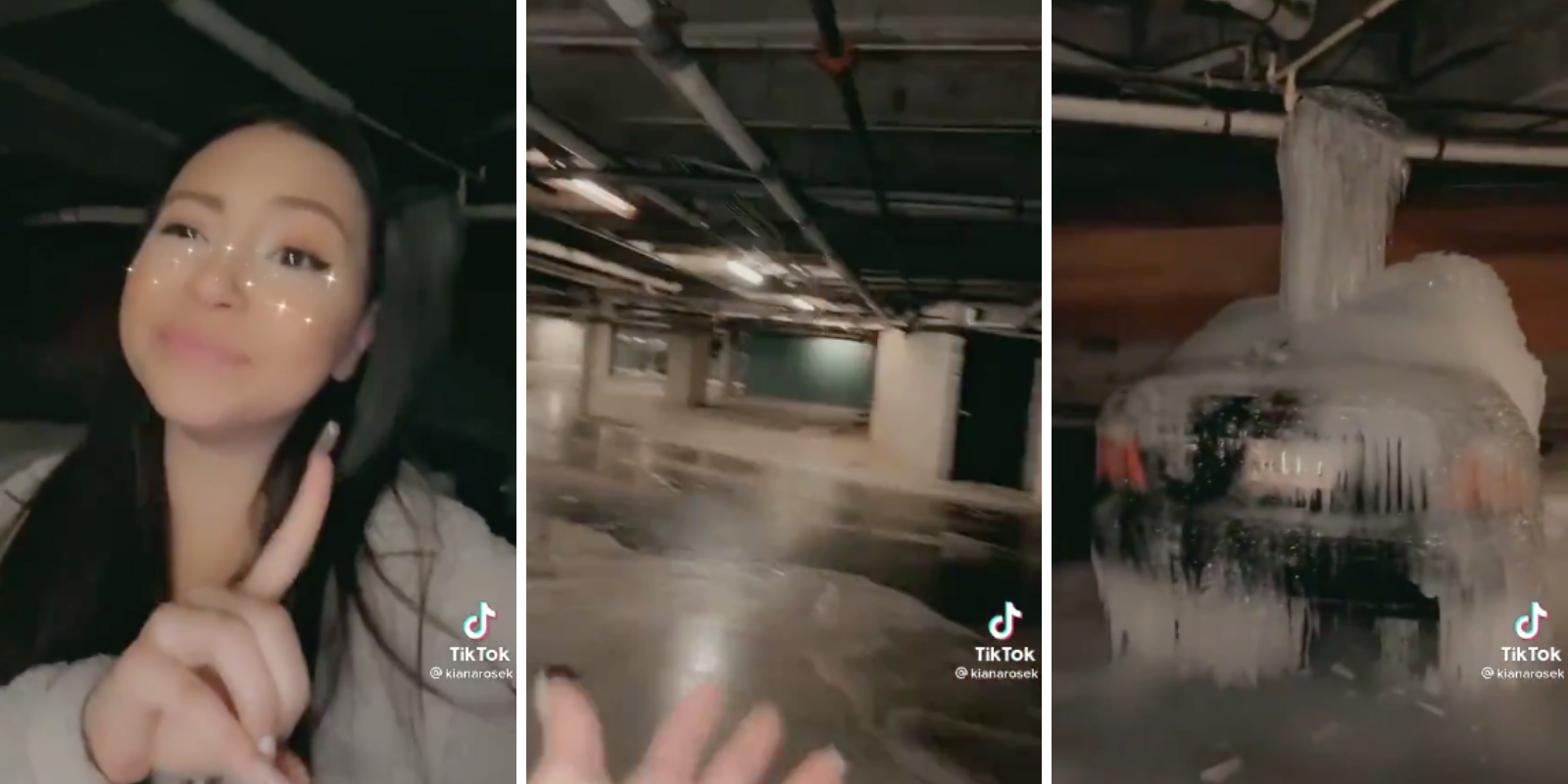 A video taken by a woman in Texas has gone viral after she shared the profanity-laden clip to Tik Tok showing her car covered in ice.

The woman was recording herself in a large parking garage which has largely been emptied of cars. While most of the garage looks normal, the specific spot where she placed her car happened to be below a leaky pipe.

Rather than just making her car wet, however, the freezing temperatures which have plagued Texas over the past week turned the water into a thick layer of ice, with her car hidden underneath.

"I just want y'all to f*cking know, there are seven floors in this parking garage. Look at all of these f*cking spaces, ok? Why did this f*cking single f*cking lot have a f*cking pipe leak? Why?"

Texas has experienced a snowstorm over the past week which knocked out the state's power grid. Many Texan cities have cautioned that they are running out of basic supplies such as food as icy roads makes it impossible to reach some communities.

As a result, Texans have flocked to local grocery stores and other places where food is available, leaving many empty shelves behind.

The Texan government has been criticized for its allegedly weak response to the crisis, with many also suggesting that the state ignored the potential for natural disasters such as this and, as a result, the state was left unprepared.