Press Secretary Jen Psaki said the White House is working on getting "a range of assistance" into Afghanistan, and is working with the UN and "partners around the world." 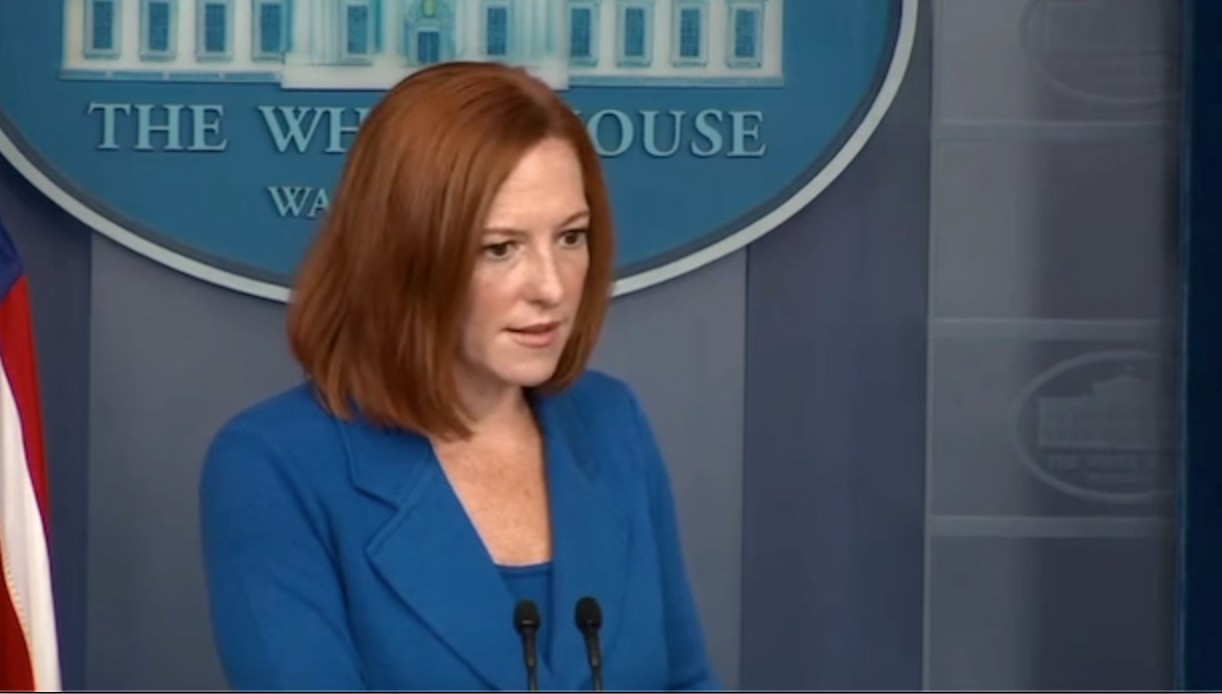 White House Press Secretary Jen Psaki was asked about how to get humanitarian aid into Afghanistan, and how to get the remaining Americans out during a gaggle aboard Air Force One on Tuesday morning.

Psaki said that "we're doing a couple of things. One, the President signed an OFAC license just a few weeks ago, to ensure that humanitarian assistance from trusted groups like the World Food programs, and others can get on the ground."

"The second step we're taking," Psaki said, "is working—and our Secretary of State is on the ground in Qatar now—working to see what we can do to get flights up and operational, not just from Kabul, but from other regional airports in the country. Because we know that well, that's also a part of getting individuals out who want to leave, including the remaining American citizens. It's also the way that a range of assistance will get into the country. So those are a couple of steps we're taking. It is also an issue that we are in close coordination with the UN and with our partners, around the world as well."

As regards official recognition of the Taliban government by the US, Psaki said that "there is really no rush to recognition."

Psaki said that there are less than 100 Americans left in Afghanistan. When asked who those people were who are still seeking to exit the country, including those who are "stuck on planes," Psaki referenced Secretary of State Anthony Blinken, who is currently in Qatar.

Blinken spoke about the "challenge" of getting people out after the US armed forces have left. "Without personnel on the ground," he said, "we can't verify the accuracy of manifests, the identities of passengers, flight plans, or security protocols. So this is a challenge," he said.