A Wisconsin school district is facing a lawsuit from the parents of a 12-year-old female student after they stated that would be using a male name and pronouns for the young student. 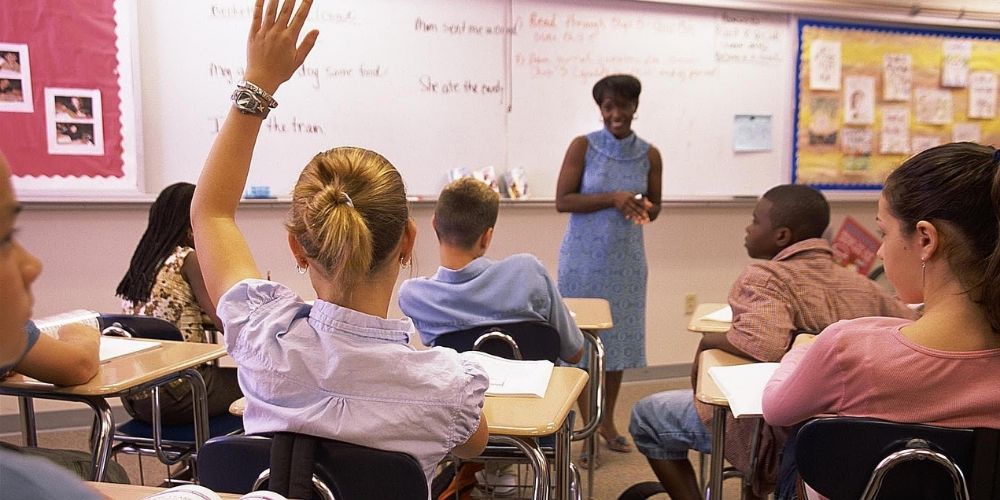 A Wisconsin school district is facing a lawsuit from the parents of a 12-year-old female student after they stated that would be using a male name and pronouns for the young student expressing gender dysphoria, despite objections from the parents.

The lawsuit, filed by the Wisconsin Institute for Law and Liberty and Alliance Defending Freedom in the Waukesha County Circuit Court on Wednesday, alleged that Kettle Moraine School District violated the constitutional rights of the student's parents by pushing her towards a significantly life-changing decision.

In court documents obtained by The Daily Signal, WILL and ADF state that "This action seeks to vindicate one of the most fundamental constitutional rights every parent holds dear: the right to raise their children. The Kettle Moraine School District has violated this foundational right by undermining and overriding parents' decision-making role with respect to a major and controversial issue."

"Specifically, the District has adopted a policy to allow, facilitate, and 'affirm' a minor student's request to transition to a different gender identity at school—without parental consent and even over the parents' objection," the lawsuit continues.

In December of 2020, the 12-year-old student reportedly "began to experience significant anxiety and depression, and also began questioning her gender."

Her parents temporarily withdrew her from school as a result, allowing her to attend a mental health center "where she could process what she was experiencing."

"But instead of helping her work through her questions about her gender, the center quickly 'affirmed' that she was really a transgender boy and encouraged her to transition to a male identity," the lawsuit states.

As a result of the center's treatment, the student expressed to her parents and school staff in late December that she wanted to be referred to by a male name, and have male pronouns used to refer to her.

Her parents decided that "immediately transitioning would not be in their daughter's best interest, based on their knowledge of her and extensive research into this issue. They wanted their daughter to take time to explore the cause of her feelings before allowing such a significant change to her identity."

On January 18, 2021, two days before the student was to return to school, the parents emailed the school's guidance counselor, Christina Cowen, indicating that they had made a decision regarding their daughter’s name and pronouns.

On January 20, Comiskey called to tell the parents that the district would not be honoring their wishes, and would be referring to the student using whatever name and pronouns the 12-year-old student chose.

As a response, the parents pulled their daughter from the school district, and began looking for another school. They also cut ties with the mental health center that pushed to "affirm" her identification as transgender.

The 12-year-old remained at home for a few weeks, and did not attend school.

It was during this time period that "her demeanor quickly began to change, and about two weeks later, she changed her mind about wanting to transition to a male identity, deciding instead that she wanted to continue using her birth name and female pronouns," according to the lawsuit.

"She expressed to her mother that 'affirmative care really messed me up,' explaining that the rush to affirm that she was really a boy added to her confusion and fueled anger towards her mother, but after taking more time to process her feelings, she realized her mother had been right to slow down the decision to transition," the lawsuit continued.

The parents ended up enrolling their daughter in another school district, that stated they have a similar policy as KMSD.

"The [Redacted] are concerned that, without a judicial decision establishing their constitutional rights as parents, they may be forced to go through this whole experience again," the lawsuit states.

WILL and ADF sent a letter to KMSD on May 18, 2021, outlining the claims against them, and requesting that they amend their policy to allow for parental approval before staff begins to use new pronouns and names. They had 120 days to respond to the letter, and according to the lawsuit, they did not respond.

The lawsuit argues that the district's policy violates parents' constitutional rights to have a say in how their children are brought up. "One of the oldest and longest recognized 'inherent rights' protected by both Article 1, Section 1 and the Fourteenth Amendment is the right of parents 'to direct the upbringing and education of children under their control.'"

Alliance Defending Freedom senior counsel Kate Anderson told The Daily Signal on Tuesday evening that the Wisconsin case reflects policies the legal organization has seen in states across the country.

"Parents have the right to direct the upbringing of their children, and at the heart of it, parents just want information about what's going on with their kids at school," Anderson said.

"And these policies are so dangerous because they're allowing schools to encourage students to begin transitioning into a gender identity that isn't in accord with their biological sex, and then not inform their parents, and in many cases lie to the parents affirmatively, about what their student is doing at school."

"When schools are blocking parents from basic information about their child's healthcare, that prevents parents from doing what's best for their kids and what, constitutionally, they have every right to do to direct the upbringing of their children," she added.

"Schools cannot override parents when it comes to decisions about their children," Deputy Counsel Luke Berg of the Wisconsin Institute for Law and Liberty said in a statement to The Daily Signal. "Students' decisions about what names and genders pronouns they prefer are no exception. Schools must defer to parents about what is best for their child."