A preview of the course shows DiAngelo talking about how bad it is to be white. It was released in June and is listed as having had nearly 20,000 "learners." 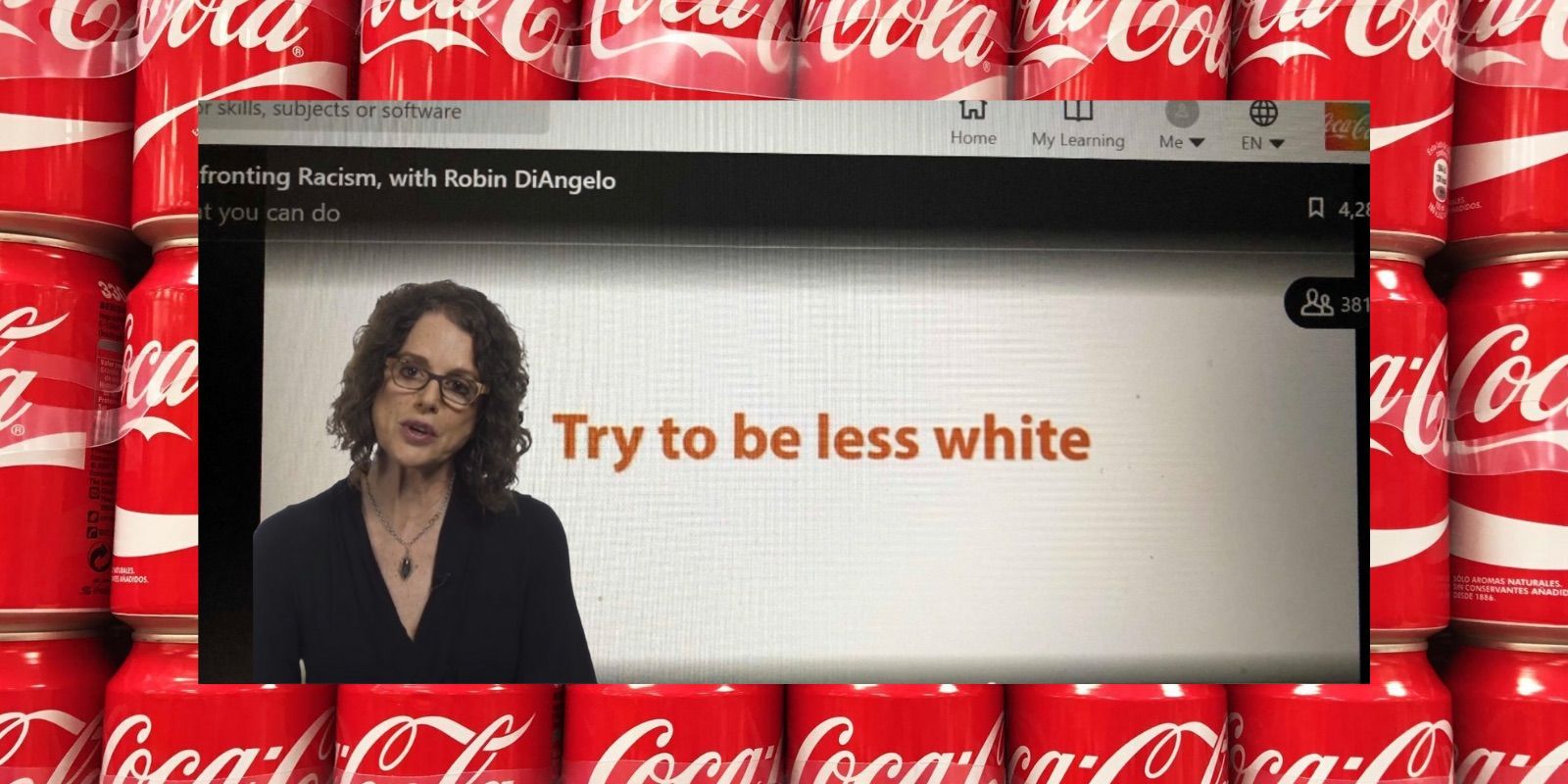 Outspoken critic of critical race theory and knitting community dissident Karlyn Borysenko shared an alleged whistleblower account from inside the Coca-Cola company. In a series of screenshots, she reveals that employees within the company are being required to "try to be less white."

The lesson continues, saying "In the US and other Western nations, white people are socialized to feel that they are inherently superior because they are white. Research shows that by age 3 to 4, children understand that it is better to be white."

The final slide that Borysenko shares reads simply: "Try to be less white."

This course, Confronting Racism, with Robin DiAngelo, is offered all over the place. It was offered as a LinkedIn Learning Course of the Week at the University of Montana in July.

In September, it was the basis for a town hall at the University of Wyoming presented by the Office of Diversity, Equity and Inclusion as a "professional development program." The description for the "Confronting Racism Town Hall stated that "The webinar integrates [DiAngelo's] book, White Fragility: Why It's So Hard for White People to Talk About Racism. This webinar is available to all UW employees and students on UW EmployeeLearn through LinkedIn Learning." Free copies of her book were made "available to students on a first-come basis while supplies last."

The course is available for purchase on LinkedIn Learning, and is described thusly: "It’s fair to say that America has spent its entire history in a difficult conversation about race. And around the world, nations everywhere have joined the discussion. In recent decades, this has manifested as a series of direct challenges to systemic racism and inequality that address the effects of white privilege—the relative immunity white people (people of European origin) enjoy relative to the challenges people of color face."

"In this course, Robin DiAngelo, the best-selling author of White Fragility, gives you the vocabulary and practices you need to start confronting racism and unconscious bias at the individual level and throughout your organization. There’s no magic recipe for building an inclusive workplace. It’s a process that needs to involve people of color, and that needs to go on for as long as your company’s in business. But with these tools at your disposal, you’ll be well on your way."

A preview of the course shows DiAngelo talking about how bad it is to be white. It was released on June 25, 2020, one month after George Floyd's death in police custody in Minneapolis, and is listed as having had nearly 20,000 "learners."

DiAngelo charges speaking and session fees of $12,750-$14,000, and has substantially increased her profile Floyd's death. She has made an estimate of $2 million from her bestselling book, and owns three homes collectively worth more than $1.5 million.

DiAngelo has provided training sessions and given speeches to a variety of major political organizations and corporations, including the Democratic Party House Caucus which she addressed in June.

Update: Coca Cola's press team has provided an official response to an inquiry from Fox News journalist Peter J. Hasson, denying that DiAngelo's training session is part of their curriculum.