The U.S. House of Representatives on Friday has approved President Joe Biden’s $1.2 trillion bipartisan infrastructure bill with the support of a dozen Republicans. 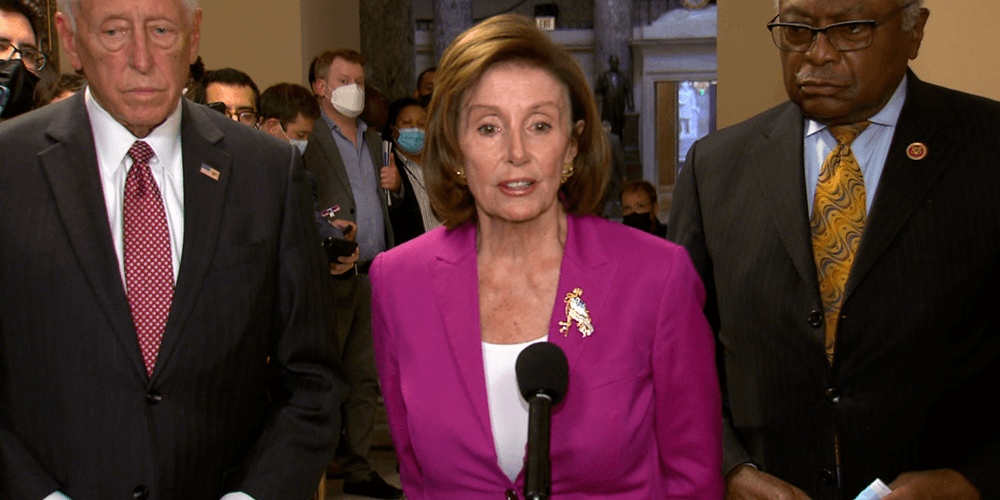 The U.S. House of Representatives on Friday has approved President Joe Biden’s $1.2 trillion bipartisan infrastructure bill with the support of a dozen (plus one) Republicans. Six progressive Democrats voted "no" on the bill.

Biden is expected to sign the bill as soon as it lands on his desk, scoring a massive victory for his administration after months of negotiations between the Democratic Party’s moderate and progressive sides and their Republican counterparts.

The core part of Biden’s infrastructure bill, which is a key component of the administration’s “Build Back Better” agenda, includes massive investments in roads, bridges and waterways, and other “hard infrastructure” provisions agreed upon by both Democrat and Republican parties.

Crucially, the infrastructure bill is not the same as the spending bill being pushed through by the Democrats, which includes broad provisions to climate change, taxes, and amnesty for illegal immigrants who entered the country before 2010.

Axios reports that the House also plans to take up a procedural vote necessary to open the spending bill, or the so-called Build Back Better Act, t o passage as part of an agreement to get every Democrat onboard with the infrastructure bill.

Over the course of the evening, House Speaker Nancy Pelosi managed to corral all the factions in the Democratic party before House moderates and the progressive caucus agreed to a deal that gave them the necessary number of votes to pass the infrastructure bill, which was being held up by progressives who demanded more from the Build Back Better Act.

The bill received a handful of votes from Republicans necessary to pass the bill, which saw six Democrat holdouts.

What’s in it: The infrastructure bill will cost $1.2 trillion over eight years, and offers more than $550 billion in new spending, including: