She promptly informed her principal about the posters, citing a May 25 meeting in which the school board instated its "no politics rule," and requested that they be taken down. The principal refused. 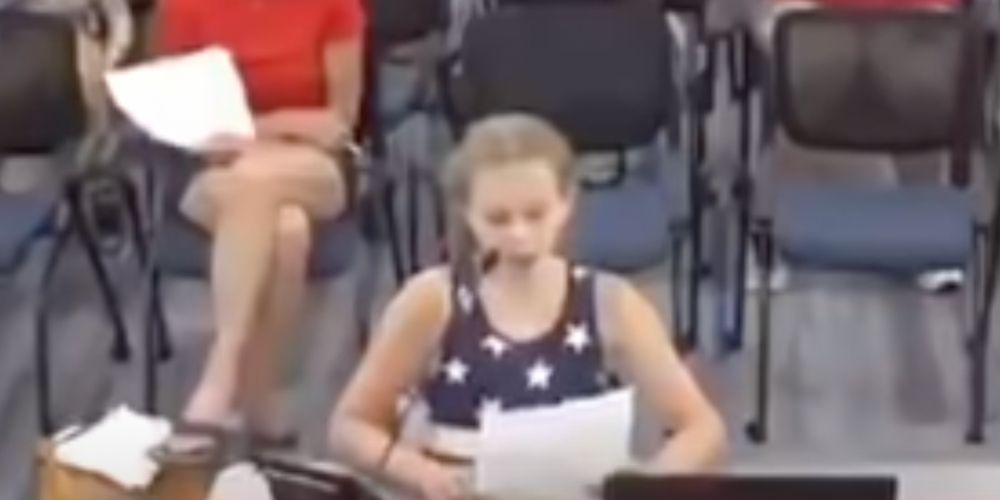 In a Lakeville, Minnesota area School Board meeting, a 9-year-old girl issued a scathing denunciation of the school board over the refusal to take down Black Lives Matter posters despite it's own rules demanding there would be "no politics in school."

In the June 8 meeting, Novalee told board members and attendees that she saw posters Black Lives Matter posters on her Lakeville Elementary School teacher's wall.

Novalee argued that the display of these posters violated a school board policy stating "no politics in school," a promise echoed in a previous meeting.

She said that she promptly informed her principal about the posters, citing the May 25 meeting in which the school board instated its "no politics rule," and requested that they be taken down. The principal refused.

In fact, the principal told Novalee that the school board members were the ones that created the posters in question.

"When I was heard two weeks ago, you told us to report any BLM in our schools. Apparently, you know they're in our schools because you made the signs," she said.

"[It] does not matter the color you make the posters, and the fonts you use. We all understand the meaning. It is a political message about getting rid of police officers, rioting, burning buildings down while King Gov. [Tim] Walz just sits on his throne and watches," she continues.

"I am nine-years-old and I know that," she said. "You expect to believe that you did not know what you were doing when you were making these posters? C'mon people!"

Novalee clarifies that she doesn't judge people based on their skin, only by "the way they treat me."

She quotes the famous line from Martin Luther King Jr.'s "I Have a Dream Speech," where he hoped there would come a day where his children were judged by the content of their character rather than their skin color.

"That dream has come true. I do not care or look at the color of skin. But you make me think of it," she said. Novalee goes on to say that the board lied to her, and that she was "disappointed" in them.

"You cannot even follow your own rules. If you're gonna do that, why do we follow any rules we deemed unfit or ridiculous? I'm, not following your mask rule anymore then," she said.

Immediately following Novalee, according to Fox News, was a woman who works at Eastview Elementary, who voiced comments of approval for the board and teachers before reportedly chanting "Black Lives Matter" six times in a row.

The grown woman argued with the little girl then repeated the chant another five times.

The school district is located in a suburb of Minneapolis, which fell into chaos last summer in the wake of George Floyd’s death, sparking global protests and outrage.

According to Fox News, "In September, the district sent out a memo highlighting Policy 535, which stated that the goal for the district was to 'maintain neutrality as to all political campaigns and issues.'"