ABC's political director Rick Klein said on Thursday that "...getting rid of Trump is the easy part. Cleansing the movement he commands is going to be something else." 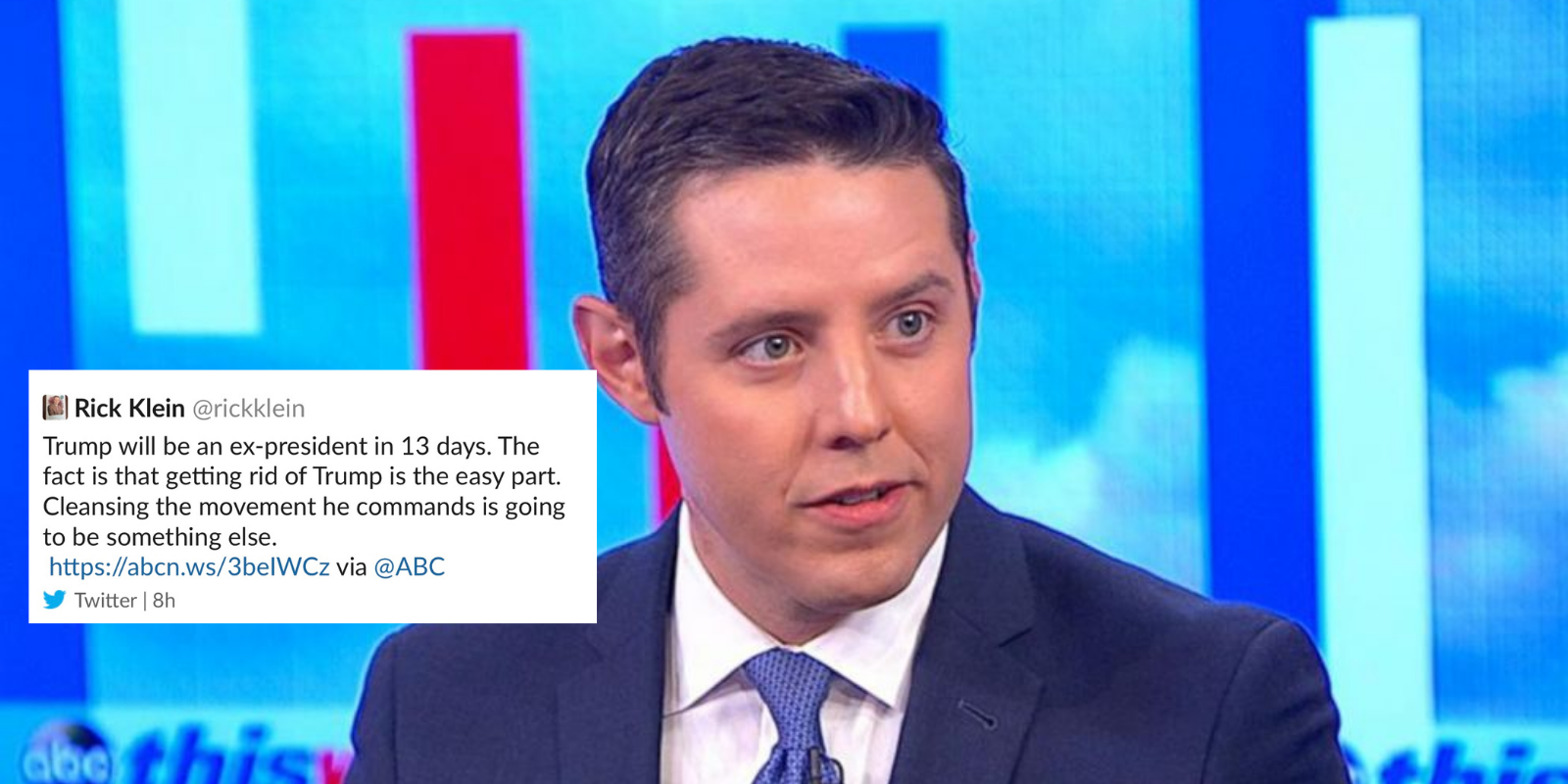 ABC's political director Rick Klein said on Thursday that "Trump will be an ex-president in 13 days. The fact is that getting rid of Trump is the easy part. Cleansing the movement he commands is going to be something else."

Klein eventually deleted his tweet, but the statement remains in the article he shared.

In their condemnation of Wednesday's violence in Washington, DC, which led to the death of Ashli Babbit at the hands of the Capitol Hill Police, Klein and co-writer MaryAlice Park expressed their outrage at President as so many have done in the past 24 hours and of course over the past four years.

The message, however, is clear.

It's not enough for mainstream media to decry the president, or his followers, but they want to "cleanse" and delete their discourse, their views, and in essence, those people form public view.

Speaking to the press on Thursday, Sen. Lindsey Graham called out the media treatment of the President and his supporters during his term in office. This is undoubtedly just the kind of thing he was talking about.