The woman who was shot and killed Wednesday inside the US Capitol during the protests, has been identified as Ashli Babbit, a 14-year veteran, who served four tours with the US Air Force. 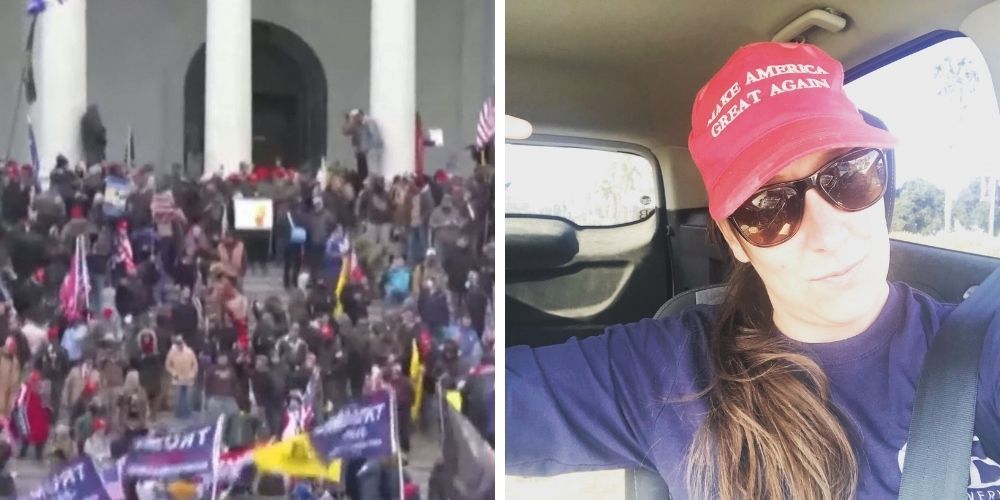 The woman who was shot and killed Wednesday inside the US Capitol during the protests, has been identified as Ashli Babbit, a 14-year veteran, who served four tours with the US Air Force.

KUSI News in San Diego interviewed her husband. Babbit was from the San Diego area and was a high level security official throughout her military career.

Her husband told KUSI that she was "a strong supporter of President Trump, and was a great patriot to all who knew her."

The day before she was killed, Babbit tweeted, "Nothing will stop us…. they can try and try and try but the storm is here and it is descending upon DC in less than 24 hours….dark to light."

Protesters stormed the US Capitol on Wednesday in opposition to the certification of the 2020 presidential election results.

The bullet hit Babbit in the chest during the riot, as protesters forced their way inside the Capitol building. Video footage captured the gunshot, as well as Babbit collapsing to the floor.

A video on the same thread showed a woman being loaded onto a stretcher Warning: Graphic Video Below

The Metropolitan Police Department told The Post that the investigation into her death continues.