Video captures the moment that someone discharged their weapon. Another video shows the woman being carried off in a stretcher. 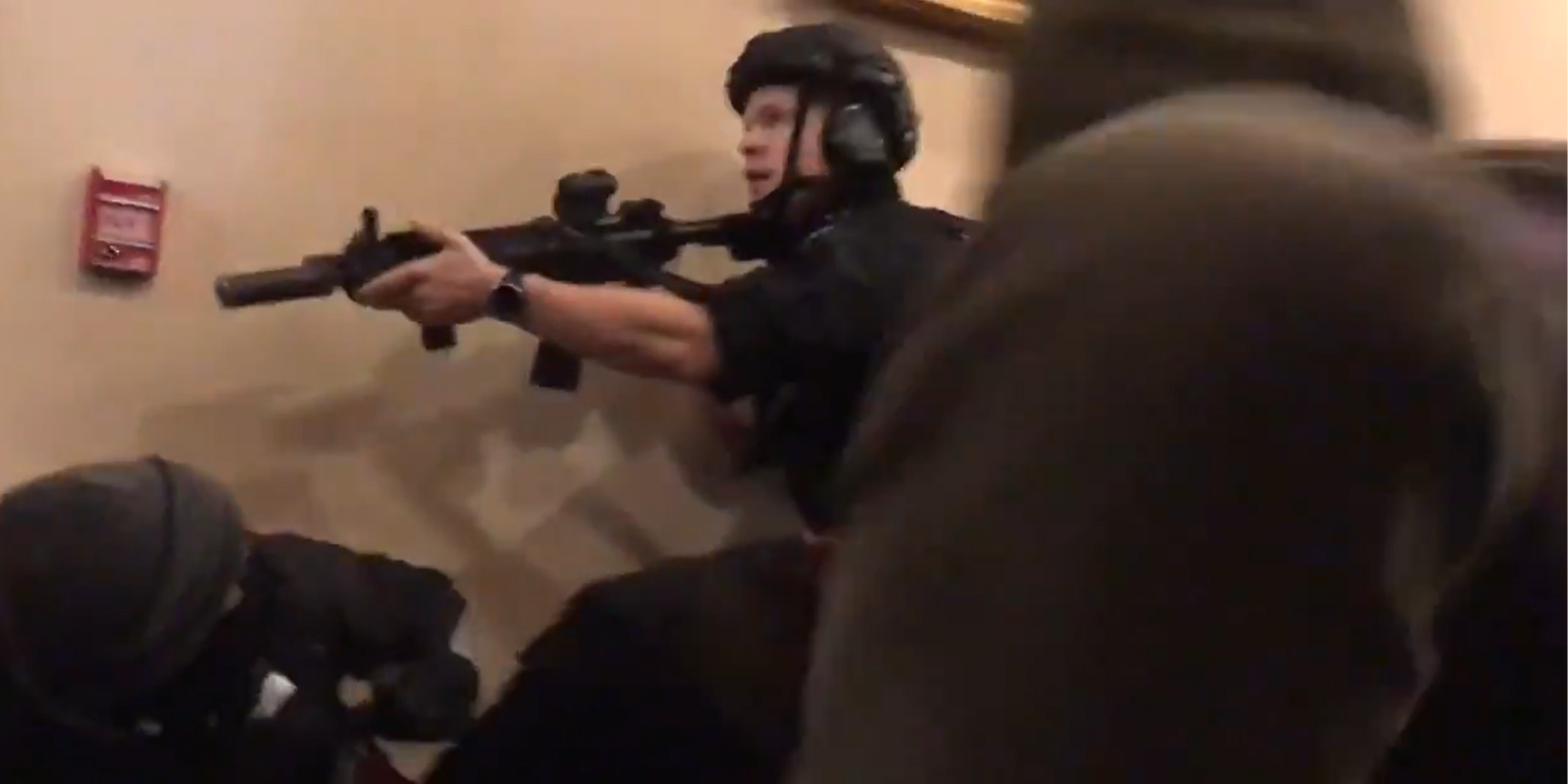 House Minority Leader Kevin McCarthy told Fox News he heard a radio transmission that one person was shot inside the US Capitol. It was reported that the woman who was shot died from her injuries, according to law enforcement.

Video captures the moment when a weapon is discharged. Another video shows the woman being carried off in a stretcher.

President Donald Trump has called for peace at the capital, tweeting: "I am asking for everyone at the U.S. Capitol to remain peaceful. No violence! Remember, WE are the Party of Law & Order – respect the Law and our great men and women in Blue. Thank you!"