In 2016, a select congressional panel found UW to be connected to fetal organ harvesting practices, with several members of UW staff employed by Seattle-based abortion facilities which supply the university with fetal remains, presenting a clear conflict of interest. 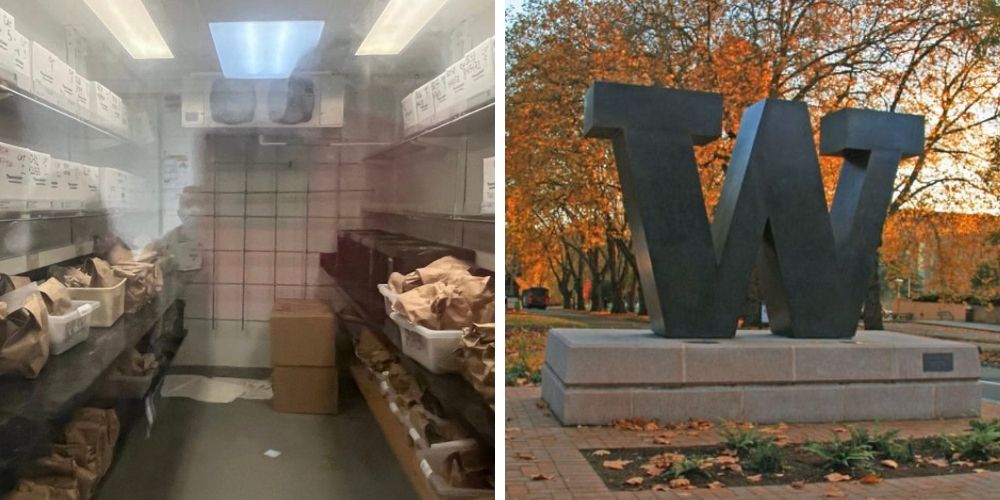 Aborted human fetuses and organs are reportedly being stored in paper bags at the University of Washington School of Medicine's Birth Defects Research Laboratory, which were found labeled in rows in the walk-in freezer by a left-wing organization called the Progressive Anti-Abortion Uprising (PAAU).

The discovery was made earlier this month after PAAU and other anti-abortion groups followed a paper trail of invoices "...that recorded the purchase of various fetal body parts by universities and research labs across the country," according to Washington Examiner.

The group posted images to Twitter which showed rows of paper bags and boxes that allegedly contain aborted human remains inside the freezer.

"While UW continues to distribute and traffic the body parts and whole cadavers of unborn children at a rate that surpasses any other known institution in the United States, activists were able to locate the freezer, currently in the UW BDR Laboratory, Department of Pediatrics, 1959 NE Pacific Street, Health Science Building Room RR 346, by examining invoices previously exposed via public records requests by Indiana Right to Life," PAAU said in a press release.

The group also shared an image of an invoice allegedly from the University of Washington Department of Pediatrics for the trafficking of "brains" in 2013, noting that the University has been engaging in these highly controversial practices for quite some time.

In 2016, a select congressional panel found UW to be connected to fetal organ harvesting practices, with several members of UW staff employed by Seattle-based abortion facilities which supply the university with fetal remains, presenting a clear conflict of interest, according to the press release.

That investigative report stated that UW failed to produce all relevant documentation regarding its fetal organ bank. The missing documents allegedly included information about the transportation of organs and fetal tissue to other research labs at many institutions of higher learning, which the university claimed they charged a flat fee of $200.

The investigation began after a series of shocking undercover videos released in 2015 by Project Veritas showed Planned Parenthood employees discussing the selling of human fetal tissue.

"The American people must be made aware of the mass dehumanization of these unborn children who are violently killed and thrown into a freezer, whose body parts are then portioned out to researchers in pursuit of federal funding," PAAU Executive Director Terrisa Bukovinac said. "It is my hope that this photograph reminds us all that there are real victims being lethally oppressed by UW and traded like property. Fetal trafficking is abhorrent and it must end."

David Prentice, an expert in stem cell research and the vice president at the Charlotte Lozier Institute, slammed the University of Washington for being "unethical" and "immoral" over their storage of human fetal remains.

"[Donated tissue] would be properly stored in sterile containers ... and frozen at an ultracold temperature, sometimes with chemicals to prevent degradation of the tissue," Prentice told Washington Examiner. "There is no proper way to store, whether it's a human fetus or any human individual, in a paper bag in the freezer. This is completely disrespecting a human individual to do that. It's immoral and unethical."

"[The University of Washington] serves as the Amazon of baby body parts," Prentice said. "They send them out to universities and research labs who you know place an order for X number of baby brains or eyeballs or whatever of a certain ... gestational age."

"The idea of putting them in paper bags is so they can do same-day and next-day shipping for their delivery options," Prentice explained to Washington Examiner. "But there is a complete disrespect for the dignity of any human life."