REVEALED: The ACLU was in favor of curriculum transparency until conservatives wanted it too

The ACLU has come out in opposition to curriculum transparency. This after years of claiming that "there can be no accountability without transparency." 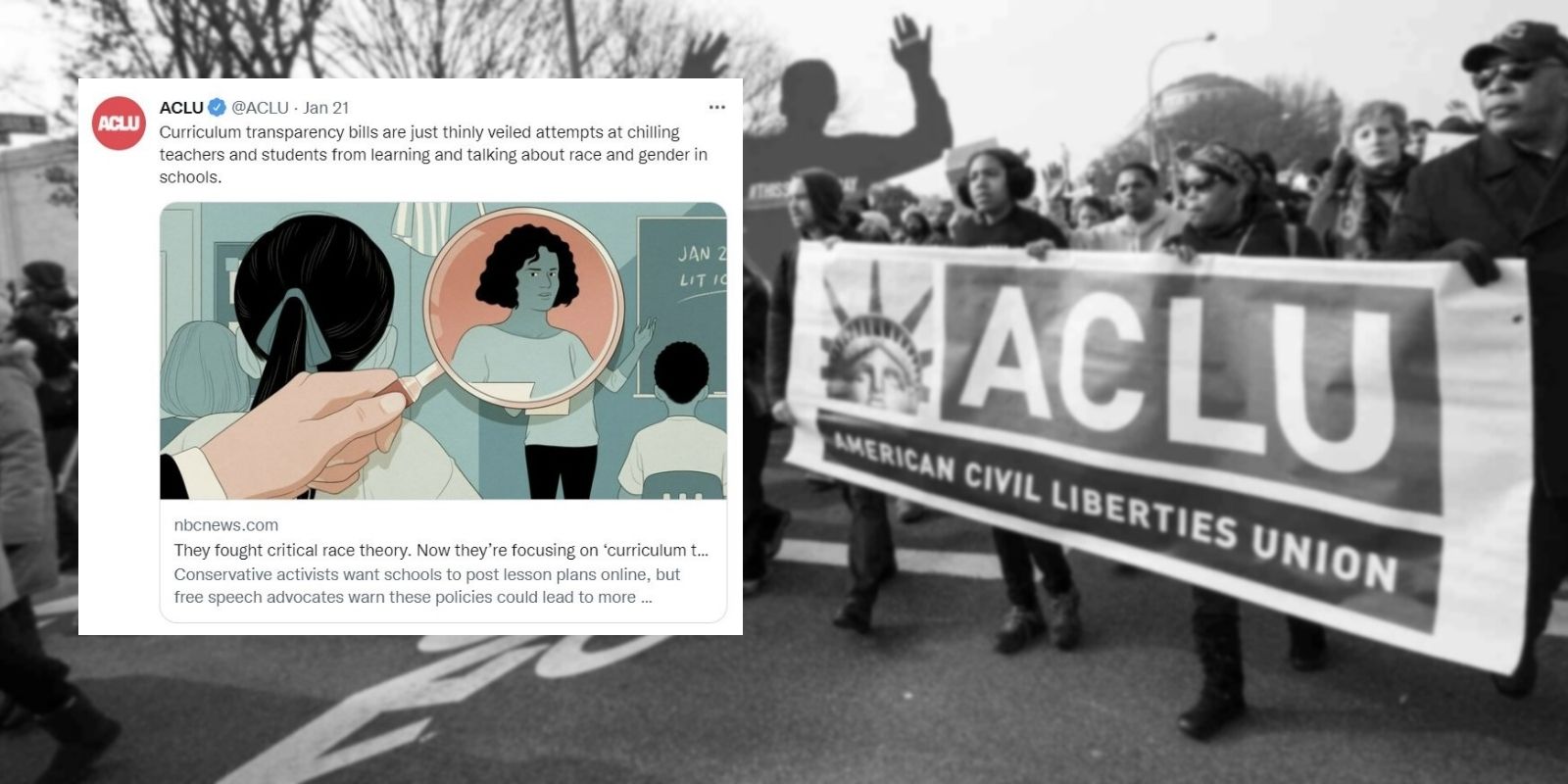 The ACLU has come out in opposition to curriculum transparency. This after years of claiming that "there can be no accountability without transparency."

NBC ran a scathing article claiming that the dozen or so legislative proposals that would require schools to post curriculum online so that parents could see what is being taught are actually just workaround ways of being racist and transphobic. And the ACLU, instead of holding the line on transparency, backed them up.

But the ACLU, which claims to be the American Civil Liberties Union, used to be incredibly in favor of transparency. In 2013, the ACLU was in favor of the Clark County School District's plan to "postpone both the approval of its sex education operations manual and the approval of members to the Sex Education Advisory Committee" until the process could be fully transparent and involve members of the community.

Legal Director of the ACLU of Nevada Staci Pratt said at the time that "The days of back door decision making are over. Compliance with the open meetings in law is meant to secure the opportunity of parents, students and community members to have a meaningful impact on the development of policy."

"We are all well serves when decisions on the appointment of sex education advisory committee members is subject to public scrutiny," Pratt said at the time, "rather than the results of the presentation of a narrow range of interests."

Not only in education, where they praised Las Vegas schools for holding off on approving sex ed standards until there was more transparency, but in 2020 claimed that transparency was a necessary component of accountability.

In 2015, the ACLU proposed "common sense reforms to the Freedom of Information Act both to bring this essential law further into the digital age and to close a number of loopholes that threaten transparency and, consequently, accountability."

In 2012, they called for the unsealing of court records in the name of transparency in order that the public could be made aware of what tools and measures the government uses for the purposes of surveillance.

And that's not all, a quick search of the ACLU's advocacy for transparency shows that they have consistently been on the side of more transparency, not less. But now they are are in opposition to transparency in education.

For their latest efforts opposing transparency in education, the ACLU was roundly slammed by education activists and people who can distinguish truth from fiction.

New York City parents and education advocate Maud Maron said that "Curriculum transparency bills are just transparent attempts at preventing activist teachers from lying to parents about what they are teaching and promoting to children about race and gender in schools."

Political commentator Kangmin Lee simply pointed out that the ACLU no longer means what the ACLU thinks it means.

Psych professor and author Geoffrey Miller said that "You think public school teachers have an inalienable right to indoctrinate kids without their parents knowing anything about what they're 'teaching'? Thats an interesting new take on the concept of 'civil rights', @ACLU."

And the activist account noted that "The fall of your organization has been one of the most depressing aspects of the last few years. You have become a complete and total disgrace. A betrayal of your mission. Would you want curriculum transparency if public schools were teaching Christianity as fact?"

While others took the opportunity to note the obvious reversible of the ACLU's founding principles.