In the complaint, Miller is described as displaying "cult-like and psychologically manipulative, controlling behavior" toward the girl, as well as "classic abusive intimate partner violence behavior" and "sexual predatory behavior." 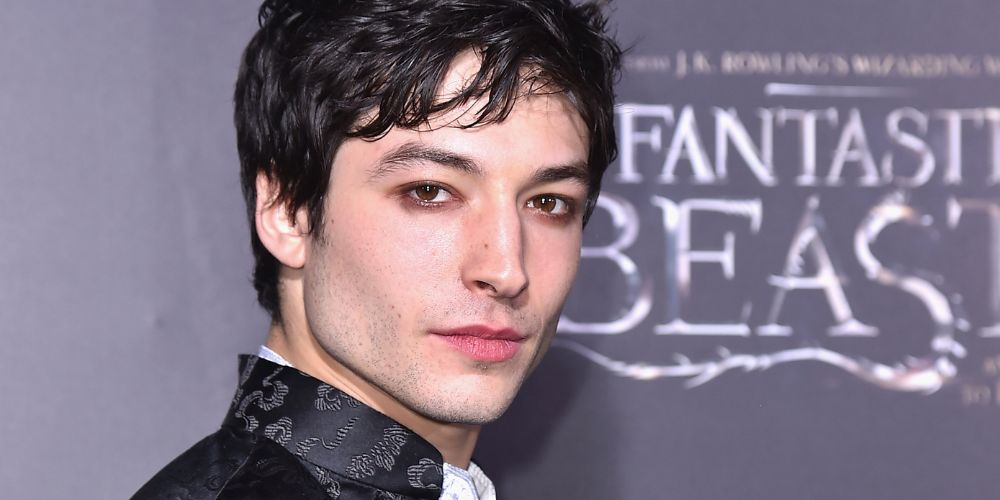 Actor Ezra Miller, 29, has been accused of grooming a minor from the age of 12 with LSD, alcohol, and lavish gifts after they first met when Miller was 23, court filings show.

The victim, Tokata Iron Eyes, who is now 18, denies the claims but her parents, Chase Iron Eyes and Sarah Jumping Eagle, told the courts that Miller has been "physically and emotionally abusing" and "psychologically manipulating, physically intimidating, and endangering the safety and welfare" of their daughter since first crossing paths at the Standing Rock protests in North Dakota in 2016, according to Entertainment Weekly.

Court documents state that "Miller came to the Standing Rock Reservation in 2016 and established contact with Tokata Iron Eyes under the pretense of assisting the Standing Rock Sioux Tribe during the NoDAPL movement." Tokata's parents allege that Miller groomed their daughter to use pronouns and has been grooming her ever since.

Ezra Miller, who played the Flash in the Justice League and had a significant role in Fantastic Beasts & Where to Find Them, flew Tokata and other tribal members of Standing Rock to tour the studio in London in December 2017. Court documents state that Miller tried to sleep in the same bed with Tokata, who was 14 years old at the time.

Miller was ultimately "prevented from sleeping in the same bed with Tokata at that time by a chaperone," court documents read.

Chase Iron Eyes and Sarah Jumping Eagle detailed the behaviors that Miller would use to groom Tokata and claimed that he gave her alcohol and drugs (including marijuana and LSD). Miller then paid for Tokata to attend college and used that "against Tokata to create a sense of indebtedness."

In December, Tokata dropped out of school and fled to Miller's personal residence in New York City. When Chase and Sarah arrived at Miller's home to retrieve their daughter in January, Tokata didn't have an ID, bank cards, or "any other items needed for [them] to navigate life on [their] own."

Tokata spent the next three weeks "detoxifying" at home before running away to New York City to reunite with Miller, according to their parents, Entertainment Weekly reports. Tokata then traveled to Los Angeles and Hawaii, where Miller was recently arrested in an unrelated matter, according to the outlet.

In the complaint, which was filed on Tuesday, Tokata's parents claim that Miller is displaying "cult-like and psychologically manipulative, controlling behavior" toward their daughter, as well as "classic abusive intimate partner violence behavior" and "sexual predatory behavior."

Tokata took to social media to defend herself and Miller, saying that her parents accusations "hold no weight."

"I dropped out of bard five months ago, my friend and comrade William passed shortly there after, my mind was incredibly impacted and I've needed space and time for the processing of grief," the statement says. "My comrade Ezra Miller for the entirety of the aforementioned era has only provided loving support and invaluable protection throughout this period of loss. I am in no way, or under any circumstance have ever been during my short lived adulthood, in need of a conservatorship. My father and his allegations hold no weight and are frankly transphobic and based in the notion that I am somehow incapable of coherent thought or opposing opinions to those of my own kindred worrying about my well being. I am now aware of the severity of emotional and psychological manipulation I was made to endure while in my parents home."

"I am an adult and I deserve to feel authority in my own body," adding that they are "excited" to speak with a therapist about their "anxiety and probable depression. It is no ones business, my choices are my own," Tokata continued.

A hearing is set for next month.