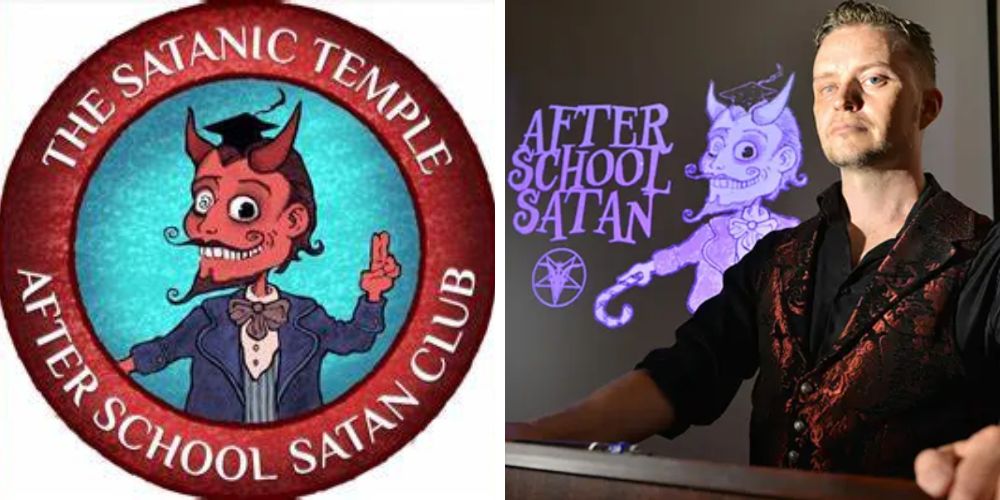 According to Lucien Greaves, the co-founder and spokesperson of the After School Satan Club, the program was created to educate children and encourage critical thinking, and not teach Satanism. The Satanic Temple was founded in 2012 by Greaves and Malcolm Jarry and has gained notoriety for its public stunts.

Greaves told KBAK, “We keep religious matters out of the teachings of the after-school Satan clubs and people often ask us, well then why include Satanism at all, being that people are going to be offended by it? Well, the fact of the matter is, there’s nothing to be offended by and we don’t want people to be unaware of who we are when we run these programs, as we think there would be a more intense backlash if we were trying to hide it,”

Sheila Knight, grandparent to a 5th grader at the school told the outlet, “I think it’s disgusting, I understand the school has to allow them because they allow other after-school programs such as the good news, which is a Christian-based after-school program, that one I’m okay with, but I can’t imagine why anyone would want their child to attend this Satanic group.”

Paul Hicks, a critical thinking professor who will be leading the Satan Club said Christian-based clubs like the Good News Club is one of the reasons why he believes schools need the Satan Club. He told KBAK, “There’s currently a Good News Club there which is teaching kids to go save souls for Jesus, at the school. We want to give an alternative point of view.”

"From my understanding, the Good News Clubs sent out some flyers, which they are certainly entitled to do, and some parents got together and said we’re not interested in this. And they knew of the After School Satan Club, and they requested our presence," Hicks continued.

Similar clubs have been popping up in other schools in the US.

The monthly meetings will begin in December in the cafeteria, according to a flyer from The Satanic Temple, but parents are required to give permission before their children can attend.

According to their website, "The Mission Of The Satanic Temple Is To Encourage Benevolence And Empathy, Reject Tyrannical Authority, Advocate Practical Common Sense, Oppose Injustice, And Undertake Noble Pursuits."
ADVERTISEMENT
ADVERTISEMENT
Untitled_design_-_2022-11-20T230229.314