University of Calgary students need to look at the bigger picture of the economic situation within the province before complaining about tuition fees increasing. 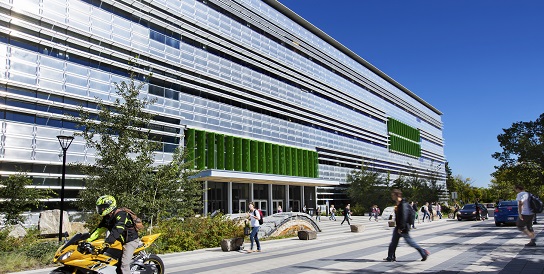 In the aftermath of the 2014 recession and a single term for the lame-duck NDP, taxpayers were left pinching their wallets a little tighter than in years past.

In Edmonton, Premier Kenney spoke to his Opposition’s economic record. “[They left us with] $60 billion in new debt [and a] six-credit downgrade, on track for a $100 billion in debt with higher taxes on everything.”

Per Dr. Mackinnon’s blue-ribbon report, the province cannot tax or spend its way to prosperity.

With no regard for the latter, Alberta has run budget deficits every year, except one, for the past decade.

Alberta’s government has been living beyond its means for far too long and needs to bring spending under control. Hence, a 2.8 percent spending decrease until 2022/2023, when the budget is set to be balanced.

The push to cut spending makes this the most robust budget in 25 years. Naturally, sacrifices have to be made to undo the damage done.

In the article, “In Alberta, we’re cutting away our own future,” the student-activist author, Shifrah Gadamsetti, prefers to spin political narratives rather than provide evidence for many of her claims.

For example, Ms. Gadamsetti claimed that “health care and social services are already overburdened, and will now be underfunded,” but seeing as those are two of the only sectors that have maintained or increased funding in the recently-tabled budget, it seems the narrative is coming before the facts.

Ms. Gadamsetti also misquotes a speech by Finance Minister Travis Toews in an attempt to hinge another false narrative against the provincial budget.

“Finance Minister Travis Toews began his speech by pitching this as a ‘compassionate’ budget, which felt tone-deaf for every low-income student working over 20 hours a week while managing a full course load. It’s a position I have found myself many times over the last ten years.”

If he were referring to cutting post-secondary funding as compassionate, that would be tone-deaf. However, that wasn’t his point of reference. Minister Toews referred to the government maintaining and or increasing funding for families in financial distress and the disabled as “compassionate”.

“This is a budget that is compassionate–taking care of the most vulnerable and providing more resources for families and children,” explained Minister Toews.

Notably, the reallocation of $1 million to the Advancing Futures program emphasizes that, ensuring former kids in care have their post-secondary and other expenses paid.

This intellectual dishonesty dilutes an otherwise meaningful conversation that students need to have. Grouping all students working over 20 hours a week with impoverished families and disabled Albertans is itself tone-deaf and irresponsible.

As is ignoring the effects higher taxation has had on smaller businesses at the provincial and municipal levels of governance.

Thus, advocating for continued tuition freezes, which began under Premier Allison Redford in 2013 and continued through Jim Prentice, and Rachel Notely’s terms are not feasible.

Passing on the debt-burden to future generations without efforts to tackle it presently is an exercise of bad judgement.

The NDP approach would have included no cuts while pretending that Alberta’s financial problems could be solved through increased spending and without dealing with the budget head-on.

Growing the economy at 3 percent, as well as balancing the budget, allows for further funding to education down the road. But at this rate, how will students find jobs if Alberta is not honest with itself? Placating to student advocates that refuse to compromise on any issue does nothing to further the common good.

In part, this decline accounts for increased Canada Social Transfers, which partly subsidize post-secondary education. For 2019/2020, Ontario received $5.561 billion. Alberta, on the other hand, received $1.696 billion.

As a province, we contributed $21.8 billion more in 2016 than we received, which is a considerable gap over second-place Ontario, which had a gap of $9 billion.

For Albertan families, that equates to $5,265 more for Confederation than we get back.

Now, the issue with student advocacy is its hard-headed push for more funds comes without discussions on the associated costs. The feel-good approach incentivizes fiscal mismanagement and, in this case, the spreading of misinformation.

Having combed through the article, hopefully this quote from Ms. Gadamsetti is still in effect:

“As students, we are taught to observe the evidence, review perspectives, and embrace the challenge of being wrong, not stubborn.”

Not entirely divorced from Alberta’s financial realities, the discussions at the University of Calgary was encouraging in spite of the apparent contention on the budget.

In the case of its Students’ Union, they took a more sensible, grassroots approach to account for student perspectives and concerns.

Now, the rollback on the tuition freeze has been a cause for concern for students. And rightfully so. A maximum tuition hike of seven percent in each of the next three years is daunting, as is increasing student loan interest rates by one percent.

It should be noted that the Alberta government implemented caps, not a mandated tuition hike. Post-secondary institutions can reduce their wasteful spending rather than placing the full cost of the budget cuts on students while blaming the government for increased tuition costs.

Alberta post-secondary institutions currently rely too heavily on government grants, with only 18 percent of funding coming from the student tuition, and the rest coming from a mashup of government and non-governmental grants. In comparison, British Columbia is funded by 28 percent by student tuitions, and in Ontario, it’s 35 percent.

Ms. Gadamsetti asserts that we continue subsidizing post-secondary grants to make education more affordable and to create a “competitive and diversified” workforce, regardless that the solutions would add on extra costs.

“Government representatives have been quick to remind us that Alberta spends more on post-secondary education than any other province. I’d remind them that every other province has a provincial sales tax, higher rates of post-secondary participation and better financial aid,” argues Ms. Gadamsetti.

We’re not sure about others, but one would assume a less diversified economy is one where young Albertans must get degrees to be financially stable.

Ms. Gadamsetti’s statement also contradicts the evidence provided in the same article, correctly identifying that post-secondary participation was low because “young Albertans could graduate high school, walk out the door and be all but guaranteed a six-figure salary on the rigs,” not because we lack a sales tax.

However, the assumption that the oil and gas industry is being replaced by “cleaner energy” is a red herring. Quoting a highly partisan speech delivered by the former Suncor CEO, Steve Williams, well over a year ago, is not exactly hard evidence.

Despite the loss of STEP, post-secondary programs received increased funding like $10 million allocated to Women Building Futures, and $1 million more in trade scholarships for 1,000 highschool students, which are both meant to get more Alberta students involved in fields with more job prospects if they choose post-secondary.

Premier Kenney echoed the sentiment in the past, with his desire to promote enrollment in the trades as part of the UCP’s strategy to counteract low employment among younger men (aged 18-24).

As part of the budget, the UCP has committed to tripling funding for CAREERS, a program that connects those in skilled trades with professionals through apprenticeships and internships. Funding will increase to $6 million a year by 2022/2023 to the benefit of 6000 students.

Reducing the tax burden on corporations was met with uproar, although a necessity in the current economy, as it will create a projected 55,000 jobs by 2022.

Currently, Calgary has the highest unemployment rates among Canadian cities.

Of course, most student advocates don’t take any of this into account. The issue with student advocacy these days is its blind drive to get more funding, and more benefits, without considering any of the associated costs or the bigger picture. Most would see it as short-sighted, and it is a hindrance when Alberta is trying to get its house in order.

Alberta students are not helped by representatives who cannot adapt to the financial realities of today. Some understanding of the government’s position would go a long way.

Disclosure: Alex Singh Dhaliwal is a fourth-year Political Science and History student at the University of Calgary, where he serves as the President for its Campus Conservatives. He’s a former campaigner for the United Conservative Party of Alberta.