The suspect who ambushed and shot two NYPD police officers, killing one and leaving the other in critical condition, on Friday evening is a convicted felon who was out on probation at the time of the attack. 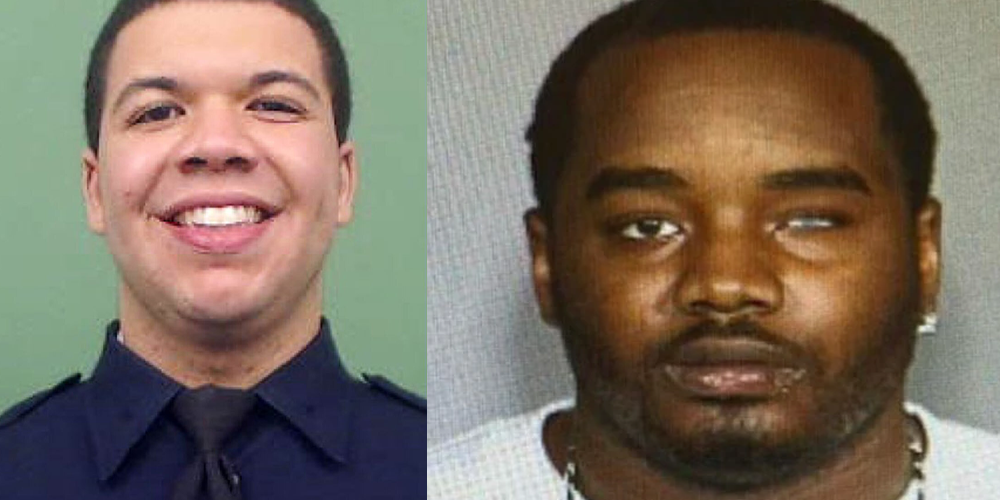 Update: The second officer is in critical condition and was originally reported deceased before further information was released Saturday.

The suspect who ambushed and shot two NYPD police officers, killing one and leaving the other in critical condition, on Friday evening is a convicted felon who was out on probation at the time of the attack.

According to NYPD Chief of Detectives James Essig at a press conference, a third police officer present at the ambush shot Lashawn McNeil, 47, in the head and arm, neutralizing the threat as he tried to flee. He was hospitalized in critical condition on Friday night.

The suspect was on probation for a 2003 felony narcotics conviction in New York City, the police chief said, adding that he had several arrests outside of New York City including in South Carolina, where he was arrested for unlawful possession of a weapon in 1998.

McNeil was later arrested for assaulting a police officer in 2002, Essig told the press. He was arrested twice in 2003 in Pennsylvania, once for a felony drug charge and also for a misdemeanor narcotics charge.

The alleged shooter’s last known address was Allentown, Pennsylvania, some 90 miles west of New York City, where the shooting occurred.

According to the police, McNeil was sitting in the back bedroom of a Harlem apartment when he swung the door open and opened fire on two police officers. Rookie Officer Jason Rivera, 22, was killed on the spot. His 27-year-old partner, who was not identified at the time, was critically wounded.

As the two officers and a third police office were responding to a domestic disturbance call from a woman who said she needed help with her son at 6:15p.m. The woman "mentioned no injuries and no weapons," Essig told the press.

When the officers arrived at the apartment, the three police officers were met b y the woman and another one of her sons. They were told that the son she was having problems with was in the back bedroom, down a "very tight" hallway.

The third officer stayed with the family while the other two, Rivera, and his partner, approached the bedroom, at which point the door swung open and the suspect, identified as Lashawn McNeil, opened fire numerous times, striking both officers and killing one of them.

"As the perpetrator attempted to exit, he is confronted by our third officer, who fires two rounds striking him in the right arm and the head," Essig said.

Police recovered an illegal firearm, a Glock 45 with a high-capacity magazine that holds 40 rounds, at the scene. The weapon was identified as having been stolen from Baltimore in 2017. Police are currently working with the ATF to determine if the gun was used in other crimes.