The Auschwitz Memorial and Museum pointed out to Amazon that the online retailer had vendors selling Holocaust Christmas tree ornaments. 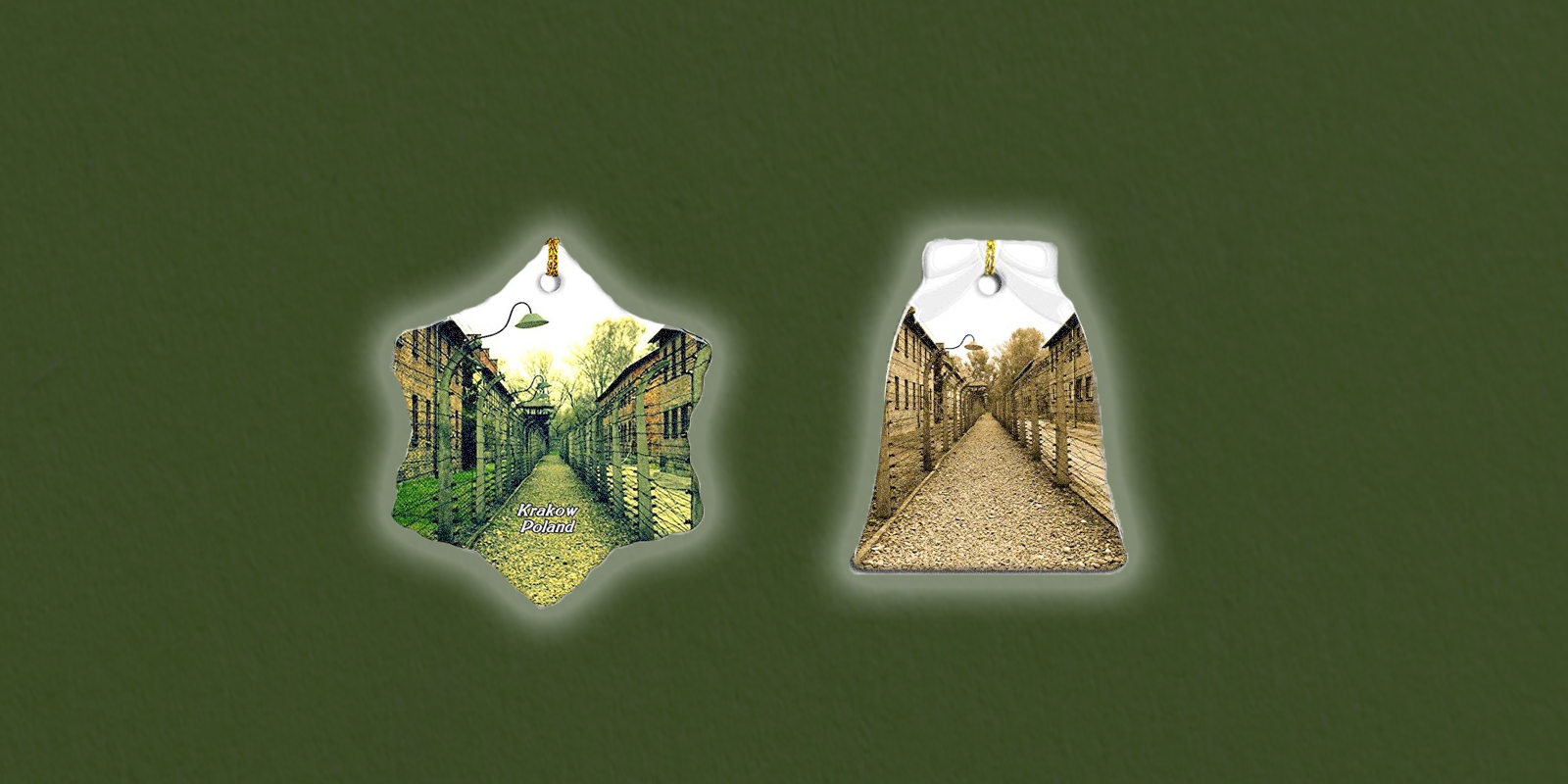 Outrage on social media over a recent discovery that Amazon is carrying products that many people are appalled by–Holocaust ornaments. It was the Auschwitz Memorial and Museum who first raised awareness of the tasteless line of products which include a decaled can-opener dawning a picture of the Auschwitz-Birkenau concentration camp as well as Christmas tree ornaments that show train track leading into a camp’s entrance.

The Museum contacted the retailer and demanded such products be taken down from the website to which Amazon concurred. Shortly thereafter the Museum discovered more products including a computer mouse pad that displayed the freight cars used to transport Jewish people and anybody the Nazi’s considered to be “undesirable”.

The Museum, which is located on site in Auschwitz, Poland described the products as “disgusting” and “disturbing”. Amazon has confirmed that they will keep watch for such products in the future and have them taken down and in certain cases, have the sellers’ accounts deleted. This prompted a public response from the museum to thank Amazon.

However, since then more Holocaust products have been posted, despite Amazon’s policy that “All sellers must follow our selling guidelines and those who do not will be subject to action, including potential removal of their account.”