America worships gender over God, but it's not too late to fix it

And so we have arrived at a moment in which we routinely tell children that their bodies are lies and their fantasies are true. 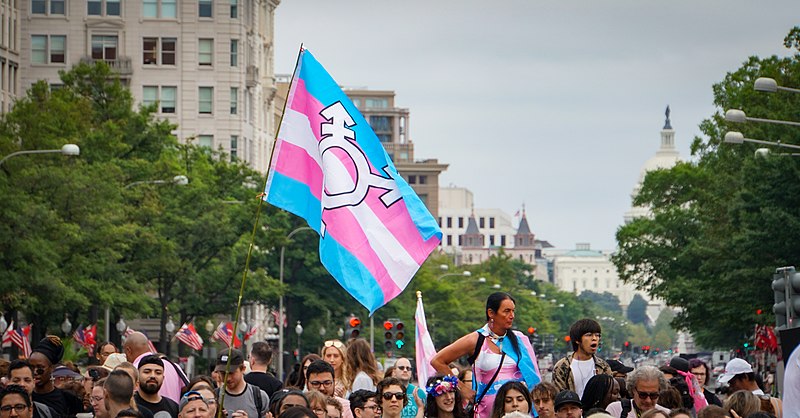 Remarks were given a the Center for Bioethics and Culture event How Gender Ideology Harms Women and Girls in New York, March 16, 2021.

We've eradicated the soul and replaced it with gender. We've destroyed individuality and replaced it with identity. Teachers have been replaced with activists. Education is now indoctrination. And our kids are left with gaping holes in their knowledge, academics, self-awareness, and cultural understanding.

Having been thoroughly infiltrated by ideas that compassion means facilitating delusions, the educational system in the United States has turned itself inside out to now believe that the job of educators is to make sure children as young as 5-years-old know about divergent sexual practices and lifestyles, adult sexual fetishes, and how to choose their own pronouns. Children are being told that the very basics of reality are optional.

Why do kindergarteners need to know about gender identity? In most cases, children who are age 5 and 6 don't know what sex is. At best, they've had cursory mentions of it from parents who want to make sure kids have at least some information before they hear it from others, or have answered their kids' questions after being asked where babies come from. But they don't know specifics; they don't know about romantic love and sexual relationships; they know only about the mechanics, and even that is a bit vague.

Yet we've all seen the countless videos of educators talking about facilitating conversations with children about whether or not they really are a boy or a girl, encouraging kids to use alternate pronouns for each other, as well as teachers coming out to students by explaining their own pronouns and demanding little kids use them, and still other teachers speaking with pride about how they help their students keep gender identity secrets from their parents. Some schools, through the charity The Transition Closet, are even providing dangerous chest binders to girls, and behind the backs of their parents.

Despite endless concerns over bullying, we are in a culture that praises kids for coming out, that treats impulses toward family and marriage as backwards, and pushes children into sex and sexual lifestyles without any consideration of love, commitment, or reproductive responsibility. In many ways, the rites of passage that used to exist in our culture, whether they were religious, like bar mitzvahs, confirmations, or even more cultural ones like a sweet sixteen, or quinceanera, wherein children would be ushered into adulthood in their communities, have been replaced by the concept of coming out sexually or with gender identity.

It's no coincidence that the youngest age most surgeons will operate on for breast removal, or prescribe cross-sex hormones, is 12- or 13-years-old, the same age as so many ceremonies of cultural initiation around the world, and often the start of puberty. This is the pivotal moment in which a child seriously begins the move from childhood to adulthood. Now, when they seek to stand out, to make that claim of growing up, one of the most celebrated ways to do it is to state a sexual orientation, or to decide to be trans. It allows for new language to describe oneself, and new clothing options. It is a way to say: "I am not the child I was, but this new being who can make decisions for herself."

And so we have arrived at a moment in which we routinely tell children that their bodies are lies and their fantasies are true.

And they were trapped.

When I was 16, I found my mom's copy of Sisterhood is Powerful. I read about a woman, a New York sculptor in the 1960s who was married, and was a mom, and after she got the kids to bed in their little downtown apartment, she would take out her clay and start working. Then her husband would come home with his friends, just as she was hitting her stride. They'd have been at the bar, and would want her to feed them all. She would; she would put off the work. I read about a woman in the Civil Rights movement who was bold and determined only to find herself told to make coffee while the men talked seriously.

I read the memoir of Amiri Baraka's first wife, back when he was LeRoi Jones. Hettie Jones, a Jewish woman in New York, bore him two children only for him to get woke and leave her for an activist, artist lifestyle and a younger woman. Hettie became an education advocate because she was determined to get a good education for her kids.

My brilliant grandmother, Anne Sevino, graduated from Hunter College early and went on to teach in a public school in Brownsville, Brooklyn in the 1940s. She was close to tenure when she found out she was pregnant and had to leave teaching. She never went back to it, and went on instead to have three daughters. She was an avid reader who could always beat me in Scrabble, or Jeopardy, whose husband left before I can remember, in the 1970s. My father's mother was a dressmaker who sewed clothes for her four children and found herself looking for secretarial work after my grandfather left her, about the same time.

Trapped. And these are only a few. There's Tillie Olsen, the American writer who wanted to write more than anything, but had to wait until her children were grown and off the farm before she had a chance. Her fiction was what could be expected after a lifetime of imagining and not practicing the form.

Being a caregiver is alot, as virtually every woman knows. You give over yourself, your labor, your mind, your hands, your body, for the comfort of another. At its best, it brings an unmistakable joy and contentment, pleasure in having done well for another. At its worst, well.

Trapped. You know the feeling, ladies, women, females, uterus havers, gestaters, bleeders, chest feeders, of wanting to break out of the thing holding you, that role, that uniquely and specifically and unequivocally feminine role in which you have found yourself. And so, recognizing this universal for menstruators made clear that something must be done, an escape hatch found, or perhaps carved out of the flesh of humanity itself.

We can now hold separate in our minds the two things: the female and the feminine; we can imagine the female without the feminine. It has all the feels of profundity, but it isn't profound. It was simply a spit valve, an exit hatch, a way to demand the right to freedom by admitting that the thing from which we wanted to be freed was worthy of being oppressed but that we were not that thing.

In making this division we say that it is the feminine, not women, that should be oppressed, and we women are not that thing, so we don't deserve the oppression. Instead we said we are merely women, and that gender, well, that has nothing to do with us.

The feminine gender, we said to the patriarchy, the feminine, the caregiver, the mother, the daughter, the wife, that's your thing, and it's weak, it's laughable, it's contemptible, and it's not us. We are this other thing: we are women, and women are a blank slate.

What was idealized as a means of liberation for women was in many ways a liberation for men. The concept of the single mom is now praised as some kind of brave achievement, leaving men off the hook for fatherhood. Women working straight jobs is now the norm instead of being the exception to the stay-at-home mom standard, leaving men off the hook for being breadwinners. Birth control and abortion keep women sexually available without the consequences of human reproduction, and its the women who pay the price for that with their own bodies.

Now our daughters and little sisters are paying that price, too, and they're presenting with new kinds of scars. Divorced from a gender that feminists told us was weak, contemptible, rightfully oppressible, girls found that they had no reason to embrace it. The feminine is so many things that smart girls hate: it's puke pink, and it has bows on it. It comes with being ogled and needing to buy tampons. It comes with words like "budding breasts" and "Aunt Flo" and people telling you to try not to get raped. Lots of it really sucks, which the feminists knew, which is why they didn't want it anymore.

But men, who we long believed had created femininity just to oppress us, found the feminine gender lying around, and claimed it for their own. While we hated it, it was something they idealized. Now, instead of simply defining it and demanding women live by that definition, they are embracing it, wearing it like a second skin, like a dead animal hide, and claiming that because they have done so, the definition of women must include them, too.

And now women are trapped again, and again it's by a definition we didn't create for ourselves.

We wanted our liberation, we wanted to be free from the feminine gender, and so we had to be willing to give it away as easily as we chucked it off in the first place. But it hasn't been liberating. Girls believe they can choose to not be female simply by rejecting the traditional norms of femininity.

The problem with femininity as defined by traditional, sex-based roles was not what femininity was, but that we hated it. We women thought less of ourselves for being feminine, we thought less of the feminine tasks, and we looked down upon ourselves for not having male characteristics. This we have passed on to our girl children, who when they make that fateful realization that they are no longer the child they were, decide fully that they don't want to be the woman they will become, either.

We do our girls a disservice when we lie to them and tell them they don't have to be women. We harm them when we usher them into a world of adult sexuality with no reproductive consequences, without love, and, in the case of genital mutilation surgery, one that even lacks the potential for sexual pleasure.

We tell them they can be anything they want to be, but we have forgotten to tell them to love being who they are. We forgot to tell them to embrace those aspects of femininity that are unique to women alone, and to live as their authentic, female selves without any concern or regard for male definitions of who and what we are.