Hate speech laws only serve as a platform for insecure politicians, activists, and lobbyists to bully, intimidate, and make an example of the most unhinged members of their opposition. 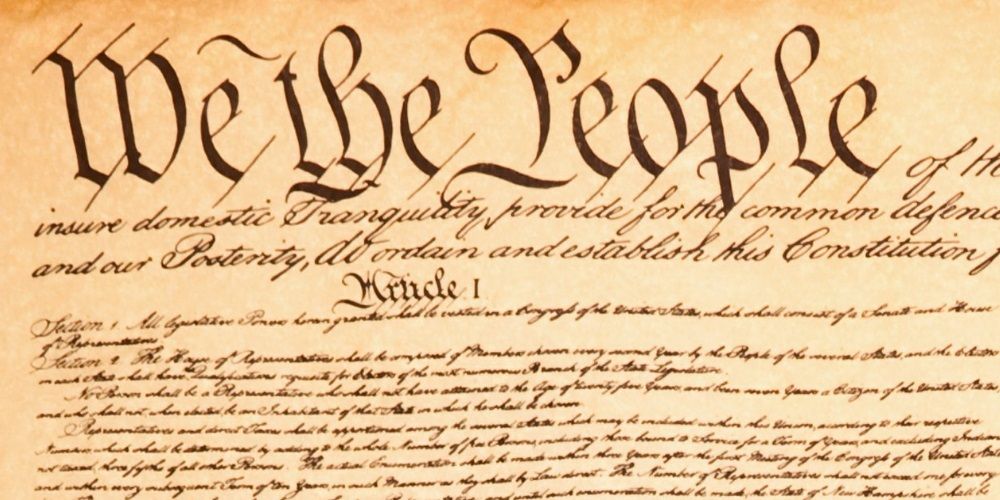 Controversy has arisen in recent days over the hiring of Richard Stengel on President-Elect Joe Biden's transition team. Stengel, a former Obama State Department staffer and Time Magazine editor gained notoriety through an opinion piece he published in the Washington Post a little over a year ago entitled "Why America needs a hate speech law."

The article hardly requires refutation, it is ridiculous from top to bottom. It starts off with mining the free speech expertise of Arab diplomats, most of whom representing countries where blasphemy can still land you a prison sentence. By the end, Stengel is suggesting that speech which "undermines the values" of the First Amendment should be outlawed, which seems at the very least to be counterintuitive, and taken to its greatest extent would include his own article for advocating limitations on the First Amendment.

Here in Canada, we have a set of hate speech laws which to most people seem benign. The standard for violating these laws is high, the punishments are typically minimal, and we do not face the draconian restrictions on speech as seen in, for example, Britain, where comedians can land themselves in jail for dog tricks. In fact, most of the people who get prosecuted for violating these laws in Canada almost seem to deserve it.

For example, the Canadian government recently prosecuted a man by the name of James Sears for hate speech targeting Jews and women. His website was filled with swastikas, he openly discussed being inspired by Adolf Hitler, and his publication, Your Ward News, contained some of the most vile and despicable portrayals of women and minorities imaginable. While he is still in the process of appealing his sentencing, his prosecution was celebrated by many.

The cheerfulness of his prosecution immediately vanishes once you realize that this man, rather than being a threat to the stability of society in general and minorities in particular, does not seem to be playing with a full deck of cards. Alongside his hate-filled rants were poorly photoshopped images of Sears depicted as Jesus, and aside from citing Hitler as one of his chief inspirations, he also references the libertarian-leaning politician Ron Paul, and Jesus himself, as inspirations. His articles could better be characterized as long rants where insults and vilification of prominent politicians took precedent over debate and argument. While Sears used to be a doctor, he had his license revoked after sexually assaulting two of his patients.

He also contested four elections in the 2010s, with his most recent attempt resulting in him capturing 0.09% of the vote. Yet despite the fact that this unhinged man had virtually no following and did not appear to be successfully building one, anti-hate organizations jumped at the opportunity to grab the low hanging fruit. In the end, they turned this fundamentally unserious and obscure man into a martyr for the far-right. Wielding the tremendous power of the law against this seriously mentally disturbed man likely proved lucrative in soliciting donations from concerned, gullible citizens, however.

Hate speech laws do not end with sending deranged misanthropes to jail, but can be used to suppress activists for the benefit of politicians as well. In British Columbia, a Christian activist named William Whatcott handed out flyers targeting Morgane Oger, a transgender politician, by calling her a "biological male who has renamed himself…after he embraced a transvestite lifestyle" and criticizing "the promotion and growth of homosexuality and transvestitism in British Columbia and how it is obscuring the immutable truth about our God given gender."

In the end, the British Columbia Human Rights Tribunal forced Whatcott to pay Oger $35,000 in fines under a provision of the human rights code which disallows individuals from subjecting other individuals to discrimination, hate, or contempt. The tribunal further fined Whatcott $20,000 in punitive fees for clearly attempting to "humiliate [Oger]."

If hate speech laws are meant to protect the marginalized from the comfortable, the ruling was a clear bastardization of that principle. Oger is not a marginalized individual, she was a successful entrepreneur in the tech industry prior to becoming a politician, and served as the Vice President of British Columbia's ruling political party for two years. Whatcott, on the other hand, is a former foster care child who saw himself homeless at the age of 14 and has since gone on to pull publicity stunts for the purpose of activism, largely receiving mockery in return. The idea that this former homeless foster child is oppressing one of the most powerful politicians in the province is so frivolous that the only people who could take such a proposal seriously are so-called "human rights" lawyers.

Unfortunately for polite society, however, these laws do not only threaten the unhinged. The now-famous clinical psychologist Dr. Jordan Peterson infamously had his job security threatened by his employer, the University of Toronto, for declaring his opposition to Bill C-16, which prohibits discrimination on the basis of gender identity.

Peterson warned that the bill differs wildly from precedent speech restrictions by compelling speech, specifically the preferred pronouns of transgender people, rather than simply prohibiting certain types of flagellating speech. While British common law has no shortage of precedents restricting speech for the sake of a peaceful and stable society, Peterson argued that no such precedent exists to compel individuals to speak in certain ways. If not for massive public outcry, it is likely that Dr. Peterson would have lost his job.

While activists will point to Peterson's massive platform as evidence that he was not being persecuted, it is unlikely that someone without the intellectual depth of Peterson, which constitutes most people, would have emerged as unscathed as he did.

The common argument for hate speech laws is that they are a small price to pay to prevent the resurgence of early 20th century ideologies such as Nazism and the various horrors which come with it. Stengel evokes this reasoning in his Washington Post article. "Since World War II, many nations have passed laws to curb the incitement of racial and religious hatred," Stengel explains. "These laws started out as protections against the kinds of anti-Semitic bigotry that gave rise to the Holocaust."

Notably absent from Stengel's analysis, however, is whether these hate speech laws actually work in practice, or whether they are an ill-thought-out substitute for an education system which fails to adequately teach the horrors of the 20th century.

One little known fact about the Weimar Republic, Nazi Germany's immediate predecessor, is that the state actually did have an early form of hate speech laws. Speech which was meant to insult or belittle an identifiable religious group was banned under German law, and many prominent Nazis including the propagandists Joseph Goebbels, Theodor Fritsch, and Julius Streicher were prosecuted under them. Over 200 instances of Nazis being prosecuted under these proto-hate speech laws have been confirmed by historians, and the Nazis often used such prosecutions as "evidence" of Jewish control of society. Hitler himself was banned from publicly speaking for two years during the Weimar years. These laws proved powerless in preventing the rise of Nazism.

Even today, countries with strong hate speech laws are frequently plagued with large neo-Nazi movements. Europeans, despite their much stricter hate speech laws, are far more likely than Canadians or Americans to not want to live next to someone of another race. As recently as 2002, a Holocaust denier managed to place second in the French presidential election, and a Holocaust denying party in Greece managed to become the country's third largest party in the middle of the last decade. Both of these countries have strict laws against Holocaust denial, whereas denying the Holocaust in countries such as Canada and the United States, where no such laws exist, would be a political death sentence.

So no, America does not need a hate speech law, Americans should be grateful for the protections that the First Amendment offers them. Far from protecting the dispossessed from the excesses of the majority, hate speech laws only serve as a platform for insecure politicians, activists, and lobbyists to bully, intimidate, and make an example of the most unhinged members of their opposition. As a result, fringe elements of our society who would otherwise be written off as insane or even clownish are recast as martyrs for their causes.

Do not pay lip service to the historically illiterate. Free speech did not cause the rise of Hitler nor did it cause the Holocaust, and complex historical processes cannot be legislated away by simple hate speech laws. State suppression of speech only provides vindication to those who believe that the liberal order is a conspiracy against them. The only safeguard against authoritarianism is a society where individuals trust one another and discuss problems in good faith. Without that social trust, only authoritarians can fill the void required to maintain a stable society. Prosecuting thy neighbour for expressing themselves only devolves social trust.