America's creation of the transgender child

The idea of the self-made man or woman is taken very literally in the US, and accordingly a lucrative market for those who wish to change sex is booming. 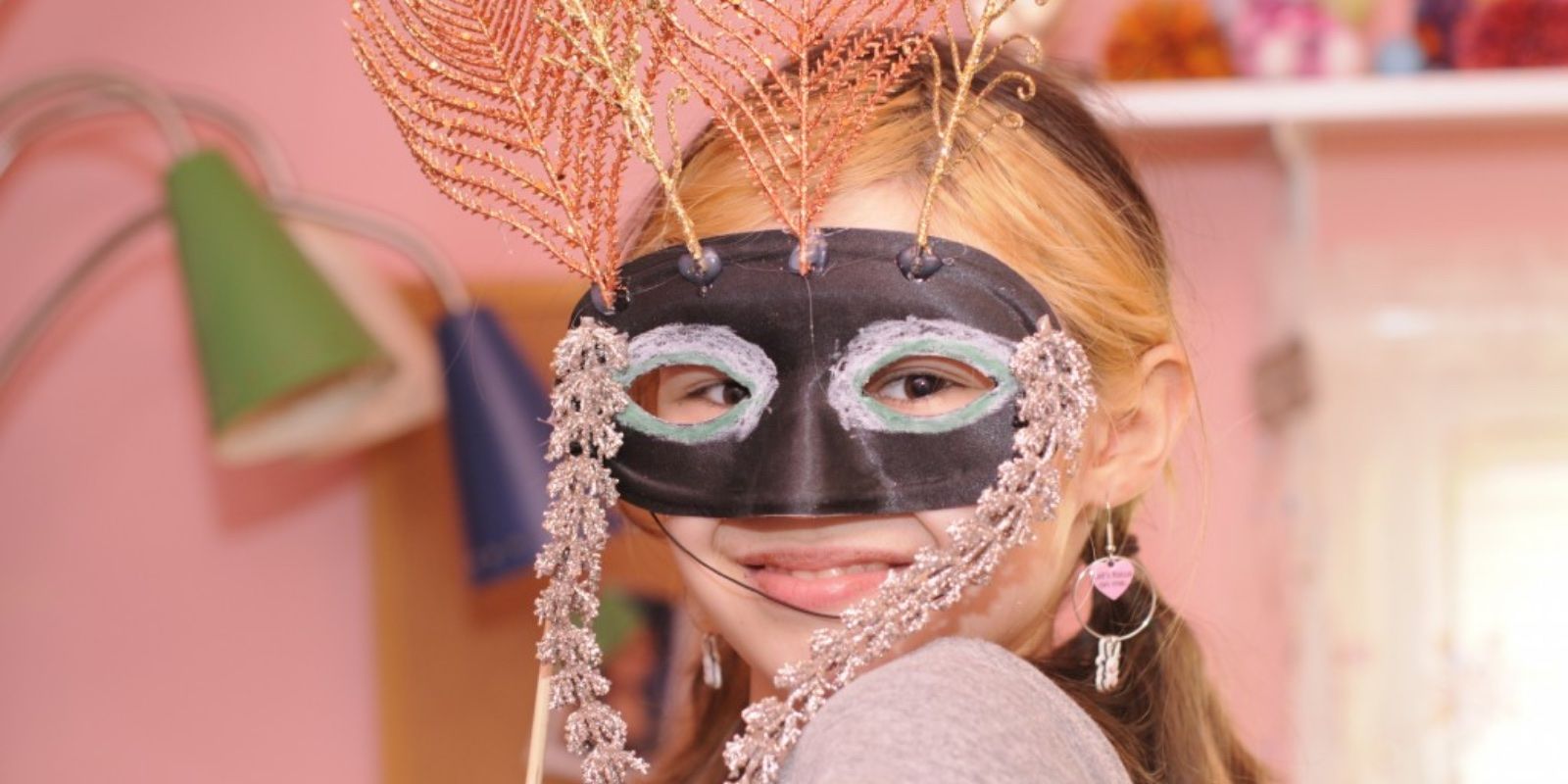 As a cynical Brit, I admire the US can-do attitude. The American dream, the idea that people can be anything they want, is liberating and wonderful. But it has a downside. The idea of the self-made man or woman is taken very literally in the US, and accordingly a lucrative market for those who wish to change sex is booming.

This is no-longer just the preserve of adults; over the past decade a linguistic shift from "transexual" to "transgender" has de-sexed what had previously been considered an adult psychosexual disorder. The modification of bodies to fit a stated sense of "gender identity" now extends to children. Thus, with sleight of language, a puff of glitter and injection of hormones, unto the US the "transgender child" was born. Rejoice!

From child size prosthetic penises to fit into underwear, to the multi-million-dollar franchise spawned by hit-reality tv shows like I am Jazz, the transgender child industry has outstripped policy—leaving legislators struggling to keep up. One might imagine the locus of concern would be the ethics of medicating and operating on children physically to alleviate mental distress, but it is the impact on sport which has captured the public imagination.

The repeated triumph of biological males who identify as girls over actual girls in athletics has left the "transwomen are women" mantra looking a little flimsy. There has already been one legal case challenging the fairness of allowing competition on the basis of "gender identity." In some states, laws are coming into effect to ensure that girls are given a fighting chance and that events are divided by physical sex.

The evidence is clear, as developmental biologist Dr Emma Hilton explained in a 2019 review of the International Olympic Committee guidelines: "Males can run faster, jump longer, throw further and lift heavier than females. They outperform females by 10 percent on the running track to 30 percent when throwing various balls… Males have around 40 percent more muscle mass, even when height is taken into account, and 40 percent less body fat."

Despite the material differences between male and female bodies, the American Academy of Pediatrics (AAP), has gone on the record to "oppose public policies" which seek to divide participation in sport by sex. Policies to ensure women and girls aren't disadvantaged have been framed as "harming transgender youth." Aside from both sport and public policy being outside of the remit of pediatricians, it seems fair to question why a professional body appears to be taking an ideological line rather than an evidence-based approach.

The AAP statement opens: "With alarm and dismay, pediatricians have watched bills advance through state legislatures across the country with the sole purpose of threatening the health and well-being of transgender youth."

It closes by complaining that the interests of "transgender children" ought not to be politicized, somewhat undermining the point by then promising to "fight state by state, in the courts and on the national stage."

This is an unusually emotional stance for an otherwise non-partisan, professional organization to take. The AAP, which lists drug manufacturer Pfizer as a corporate supporter of the AAP CATCH Program, clearly believe that the curiously recent emergence of transgender children is simply the medical profession setting children free to be their "true authentic selves."

A position paper released by AAP, snappily entitled "Ensuring Comprehensive Care and Support for Transgender and Gender-Diverse Children and Adolescents" claims puberty blockers are "reversible treatments." This is stated despite the sentences which follow outlining numerous risks including "lower self-esteem" and a lack of research into the impact on "bone metabolism and fertility."

Regardless of a paucity of clinical evidence, increasing concern from federal legislators and growing communities of "detransitioners" across the world, the AAP is resolute in championing the idea that some children's bodies need medical intervention to match their self-perception as the opposite sex. Consequently, to the AAP, whether a child has gone through a male puberty or not, they ought to be supported to compete in sport according to their "gender identity" not sex.

Whilst in the US the AAP have crossed-over into campaigning, in the UK health professionals are seeking to distance themselves from transgender campaign groups. Large numbers of staff at the UK's leading gender identity services (GIDS) have resigned over recent years, with many citing concerns about the influence of lobby groups and 'affirmation' approach. Their voices have been amplified by recent legal challenges through the UK courts.

"The obvious difference is that in the United States healthcare is dominated by the private sector who have an obvious profit motive to promote drugs and surgeries. There is only the smallest echo of this in the UK; GenderGP run by Helen Webberley. And strict regulation has forced her business offshore. Less obviously, US states that are dominated by the Democratic party can force insurance companies to cover transgender drugs and surgeries, and so in effect the general public are unwittingly and unknowingly paying for this medicalisation."

"Then there is the cultural context: in the USA the Christian Right and the ascensions of Trump made transgenderism into a tribal totem for the Democrats. In the UK the opposition to transgenderism came mainly from left-wing feminists and so the political forces did not so neatly align, leading to some openings for discussions of the evidence. Likewise, the British media landscape is more diverse, and so critical views could get a hearing. In the USA, by contrast, once the New York Times and Washington Post have decided to promote 'transgender kids', then there is no scope for dissent."

Following a detailed investigation, in December 2020 three UK High Court judges ruled that the use of puberty blockers to treat children with gender dysphoria was "experimental." The ruling was in relation to a case brought by Keira Bell, a detransitioned young woman, and "Mrs. A," the mother of an autistic child with gender dysphoria.

Bell, a young woman with a history of trauma, told assembled reporters after the hearing: "I call on society to accept those who do not conform to sex stereotypes—not to push them into a life of drugs and concealment from who they truly are. This means stopping the homophobia, the misogyny and the bullying of those that are different."

The Bell case has prompted a change of policy within UK-based gender identity services. Clinics across the UK are effectively barred from prescribing puberty blockers to those under 16 and there are restrictions on their use by older adolescents. The medical establishment in the UK has been forced to reflect on the whole notion of the transgender child, questioning how this phenomenon came into being.

The difference between the UK "free at the point of use" National Health Service and the US private, insurance-based system may also be responsible for the divergence in the treatment of children who identify as trans.

"I don't understand why, but there seem to be no ethical breaks on what doctors can do to these kids," said Natasha Chart, executive director for women's rights organization WoLF. "We have US doctors talking proudly in public about putting 14-year-old girls into menopause, states that let girls of 15 get elective mastectomies without parental consent as part of gender affirmation, and who knows what they're doing to the boys."

"Insurance will cover it now," Chart went on, "if state government has any interest in minor medical procedures it seems to be coming after parents for not affirming, and for the most part, the patients have all signed away their rights to sue. That's what 'informed consent' in an affirmation-only model means: the patient is effectively prescribing their own treatment and taking on full responsibility for the outcomes."

The gulf between the UK and US approach to children who identify as transgender is growing seemingly on a daily basis. The nomination by President Biden of Rachel Levine—a gender non-conforming biological male pediatrician who has identified as transgender since 2011—for the post of Assistant Secretary for Health suggests that America will now not change tack. Levine supports the "affirmation model" of treating children who identify as trans. Nonetheless, in the US a growing number of grassroots groups are beginning to challenge the notion of the "trans child" but unlike in the UK the movement is in its infancy.

The whole notion of the "transgender child" is political; driven by market forces and a particularly American philosophy of rampant individualism. Exported across the world with varying degrees of success, some countries are pushing back against these treatments which turn children into life-long medical patients. In the UK, the public nature of our health service offers some protection, and questions are beginning to be asked about how such a controversial idea came to be embedded in policy so quickly. There is one point on which it should be possible to agree with the AAP; children ought not to be turned into collateral in the culture wars which are ripping the world apart.