The congregation is part of the United Church of Canada, which is known for being super left-leaning, progressive, and woke. 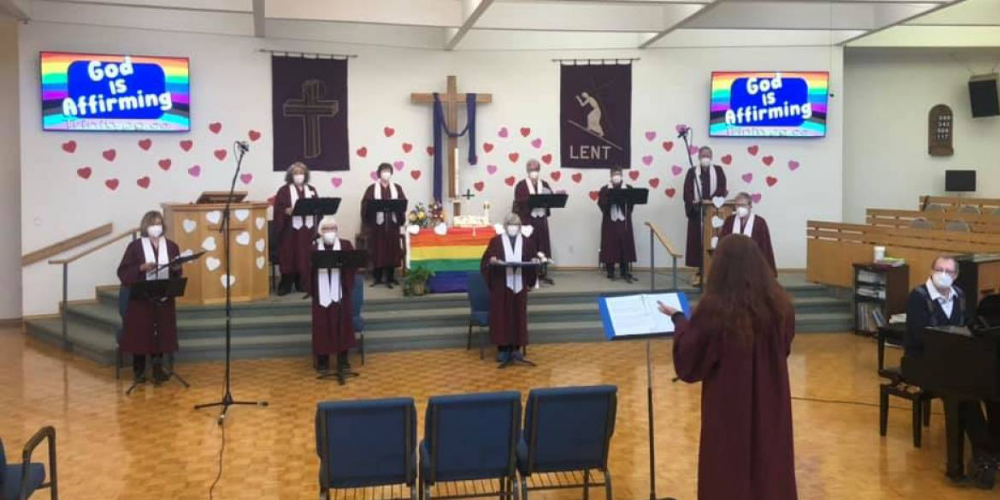 Targeted church arson continues in Justin Trudeau's Canada, with their latest victim being a woke church in British Columbia that appears to preach the values of the queer agenda more than the Gospel.

Firefighters were called to the Trinity United Church in Prince George, BC at 2:25 AM on Wednesday. An investigation later found that arson was the cause of the church fire, the Prince George Citizen reported. In a press release, RCMP Constable Jennifer Cooper said, "a fire investigator from the Prince George RCMP attended the location and determined that the fire was the result of arson."

Prince George's Trinity United Church holds super liberal values, with its Facebook page stating that it is "progressively grounded". The home page of the church's website showcases the church as being "anti-racist", and promotes its pride events while not mentioning the Bible once.

The church's livestreams start with the pastor acknowledging that the church is on "unceded" indigenous land. The church also holds "Queer Worship" services, where it preaches LGBTQ values, with pride flags being shown throughout the service.

The church has been in many controversies over the years for putting their progressive political agenda before Biblical Christian values. The church is so inclusive that its ministers do not have to believe in God, Jesus, or the Bible. Rev. Gretta Vosper, an ordained United Church minister in Toronto, is a self-process atheist who rejects the idea of a supernatural being.

The United Church calls itself an affirming church, meaning that it celebrates LGBTQ identities, and the church also supports abortion. On the topic of the Bible, the church's website states the bible was written by people "inspired by God", and that "members are not required to adhere to any particular creed or formulation of doctrine."

Other controversies surrounding the United Church is its view on Israel. In 2015, the church passed a resolution “to address the illegal occupation of Palestinian territories by the State of Israel,” and is currently active in promoting Boycott, Divestment, Sanctions (BDS) campaigns.

Throughout the COVID-19 pandemic, most United Church congregations have remained closed for worship, even when permitted to be open, opting instead to do online worship, often referred to as "Zoom Church". Alberta United Church ministers also praised the barracking of GraceLife Church, with Rev. Greg Glatz of Calgary's Knox United Church saying the closure was long overdue. Many speculated as to why, of all the churches, this woke progressive church was targeted by anti-Colonial activists.